During Clark's excavations a total of 33 shale beads were found. In this article Nicky Milner explains what was found. 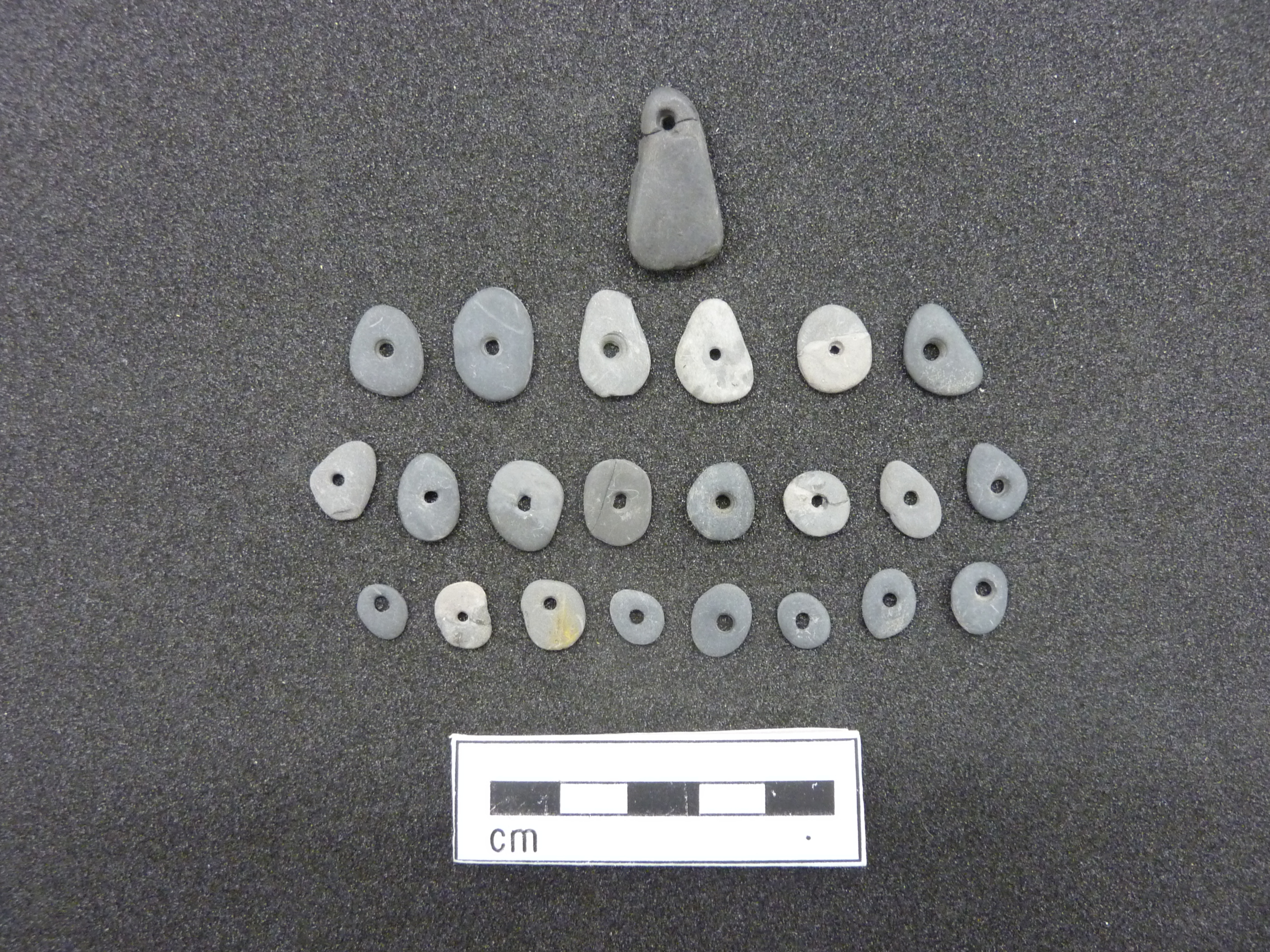 All of the beads were made from thin disc-like pebbles of Lias shale which can be found locally eroding out of rivers as well as on the coast around Robin’s Hood Bay and Ravenscar. Most beads are the same sort of oval shape, roughly about 10 mm by 15 mm and usually less than 2 mm in thickness. One bead stands out in shape because it is larger, more elongated and is perforated at one end. This is known as a “celtiform” shape.

Clark suggested that they had been made by drilling from one face, possibly using a flint drill which could have been rotated at speed by means of a bow. He thought that the precision of the perforation was unlikely to have been produced by working freehand.

Interestingly, experiments by Dr Andy Needham have shown that it is much easier to drill by hand using a flint tool termed a meche de foret (essentially a flint blade with a sharp, strong tip) than using a tool that has been hafted. What is more, Dr Aimee Little has examined a number of these flint tools under the microscope and shown that some have traces of mineral polish, demonstrating that these would have been used at Star Carr for this purpose.

You can read more about the beads in Chapter 33 of the Star Carr volumes.