How was fungus used in the Mesolithic? In this article Professor Nicky Milner explains. 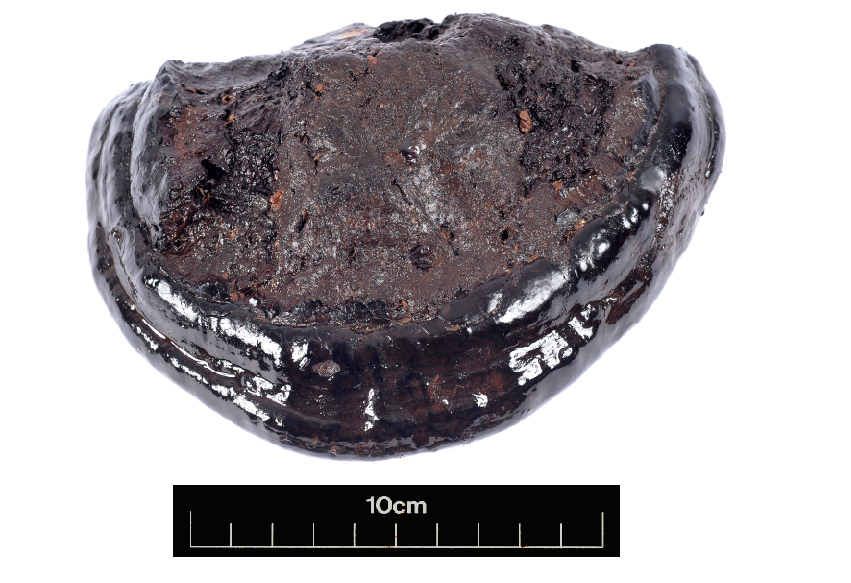 Harry Robson, our fungi expert, has always had a passion for fungi and he collected them and studied them over the years as a hobby. Although fungi are not plants they are often found growing on trees and particularly birch trees which would have been very common at Star Carr.

A large quantity of fungi was found at Star Carr during the original excavations and later on our own excavations and so it was very exciting to have the opportunity to analyse these specimens. Although it is very hard to know exactly what people were using these fungi for, 11,000 years ago, we can look at other groups of people from around the world who have traditionally used them in various ways.

The vast majority of the specimens found were identified as Fomes fomentarius, often known as the hoof fungus because it looks a bit like a horse’s hoof. This grows on a variety of tree species and within it a material known as amadou can be removed that can be used as tinder for lighting fires, but has also been used for clothing.

Having examined the specimens from Star Carr, it seems likely that many of these were purposefully collected because some had been cut using flint tools, in order to extract the amadou, possibly for fire starting. Several of the pieces had also been burnt. Most of the pieces found are the parts of the fungus which would have been thrown away, along with other debris into the lake.

In addition, one specimen of Phellinus igniarus or willow bracket was found. As the name suggests this is found on willow trees and can also be used to make fire. It has also been used in some parts of Northern Europe as a “chew-ash”. Once it is roasted to ashes and mixed with chewing tobacco or tea leaves it was used as a masticant or chew.

The one other species found was Piptoporus betulinus or razor-strop fungus which tends to be found on birch. It is known for being excellent at sharpening razors, and also for polishing in the watch industry. It has also been used by more recent hunter-gatherer groups for fire – the corky inner flesh can be ignited but what is particularly useful is that it can smoulder for several hours, so that the fire can actually be transported to another camp. This fungus is also known to have antibacterial properties so it may have been used for healing in the past.