A number of different types of bone and antler artefacts have been found at Star Carr. Professor Nicky Milner explains more. 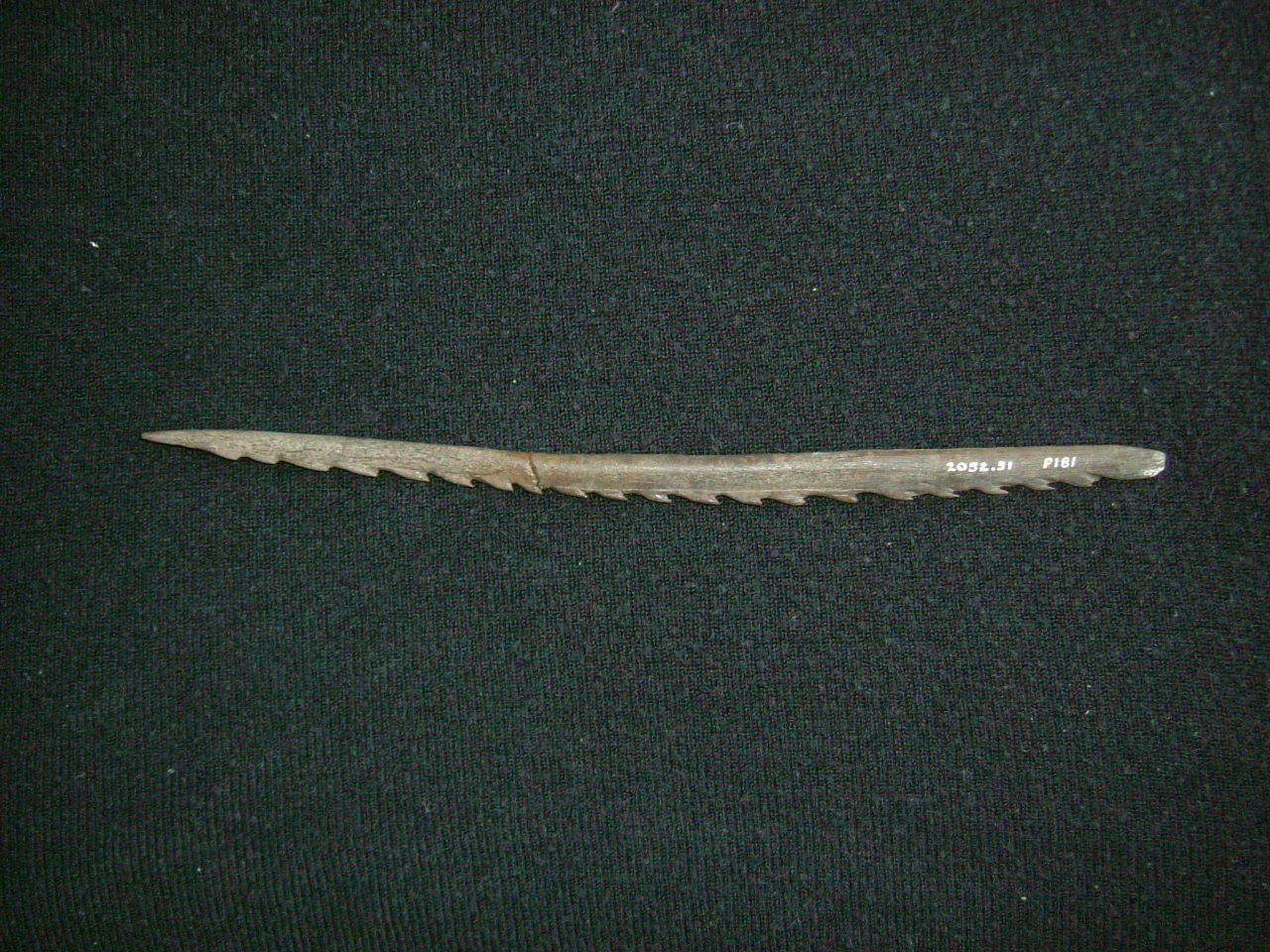 A number of different types of bone and antler artefacts have been found at Star Carr. The most famous are the headdresses which we will come to soon, but there are also mattocks and hammers made of elk antler, bone bodkins (a blunt needle), scraping tools made out of aurochs (wild cow) bones, worked red deer tines (broken off antlers), a bird bone made into a bead, a spoon-like object made out of elk antler and a possible red deer antler handle.

Our Mesolithic antler expert, Dr Ben Elliott, has examined all of these artefacts and conducted experimental analysis to investigate how some of them might have been made. In terms of the barbed points, Ben found that soaking the antler in water helped to soften it which made it easier to work. First he had to extract splinters of antler. To do this he used a flint to make grooves in the antler and then used a wedge to help prise out the splinter. Then he used flint tools to saw and scrape the splinters in order to create the barbs.

Dr Aimee Little has also conducted microwear analysis on some of the barbed points and has shown that some have been used before they were deposited into the lake. Some have impact traces on the tip which suggests they were used for hunting. Three of the ones she analysed also show polish on the tang end (at the base) which indicates they were hafted onto a shaft (either as a spear or an arrow), probably using plant materials.

If you would like to learn more about these bone and antler artefacts, please read Chapter 24 and Chapter 25 in our free, online books.

This short film below shows one of the antler mattocks being excavated. These were relatively dry deposits which made excavation quite tricky.