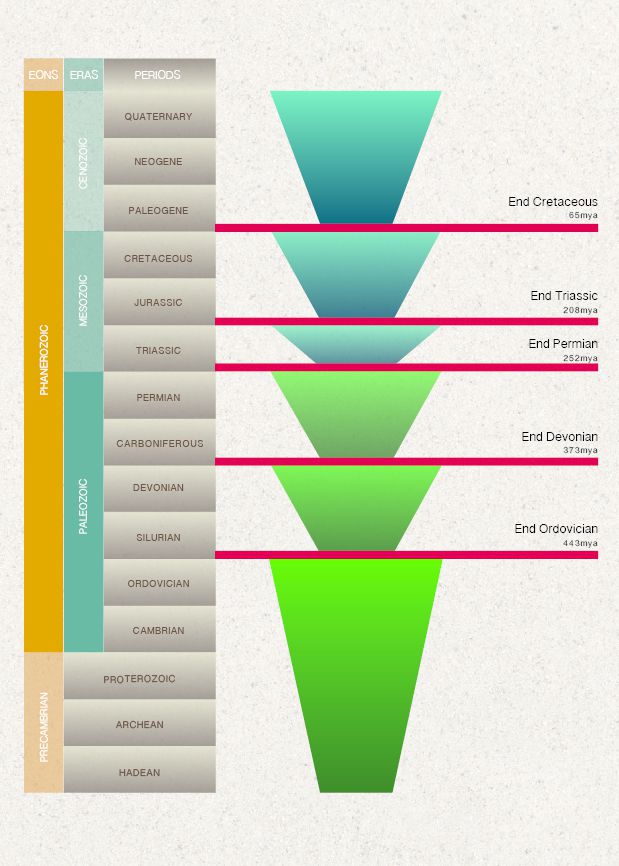 The term radiation (or adaptive radiation) refers to the proliferation of species over a relatively short period of geological time. One of the most spectacular adaptive radiations is the one popularly known as the Cambrian Explosion that occurred about 542 million years ago.