Find out more
Home / Nature & Environment / Biology & Biotechnology / Extinctions: Past and Present / Life in the Triassic

Life in the Triassic

about this event
© UCT CC-BY

The End Triassic extinction event occurred about 208 million years ago. At this time between 70% and 75% of all species, including 35% of all animal families, went extinct. Most of the non-dinosaurian archosaurs, many mammal-like reptiles and many large amphibians died out. Afterwards, dinosaurs underwent substantial radiation.

The Triassic time period saw major geologic changes associated with increased plate tectonic activity and the movement of landmasses. By the end of the Triassic, Pangaea was the dominant land form and the forces at play in the breaking up of the supercontinent were associated with massive volcanic eruptions from rifts opened up as the plates split apart. These volcanic eruptions would have caused atmospheric changes and in particular, global warming and changes to ocean chemistry. Thus, while volcanism seems to be the most plausible cause of the End Triassic extinction event, the impact on life came from factors such as global warming, ocean acidification and sea level rise. 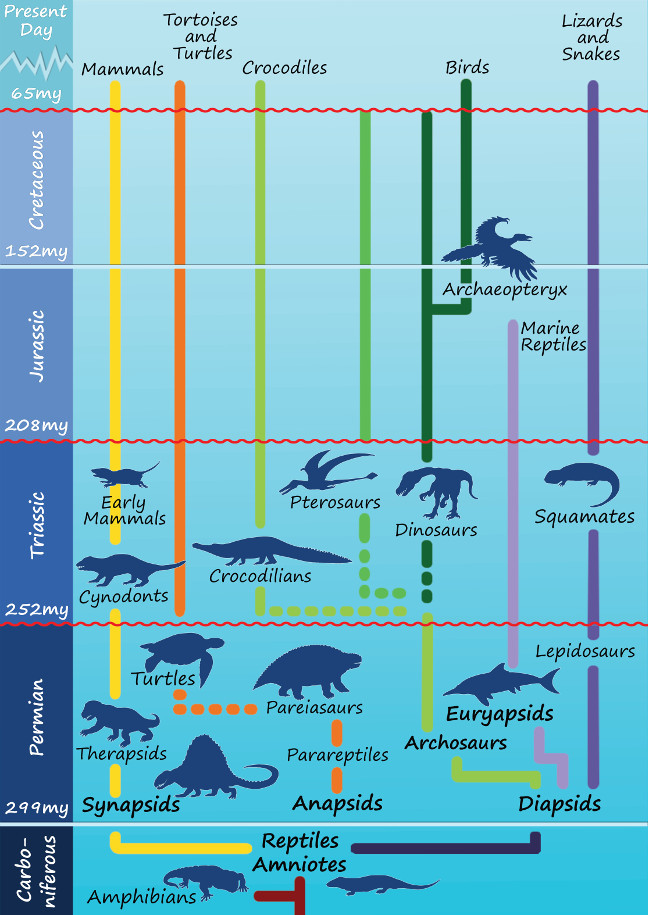