Read about how extreme volcanic eruptions have shaped our planet and how they are linked to major extinction events.
© Cardiff University
As we saw in Week 1, volcanic eruptions played a big role in escaping Snowball Earth as they pump CO2 and other volatiles in the atmosphere. They can have important climate impacts over geological timescales.

Large igneous provinces are also intimately linked with mass extinctions over the course of Earth’s history.Five significant mass extinction events can be seen in the geological record.All five of them occur at the same time as an eruption of large igneous provinces.They are so large that the gases they released can modify the composition of the atmosphere and the oceans on a global scale. All life depends on the compositions and cannot easily adapt to the rapidly changing environment. 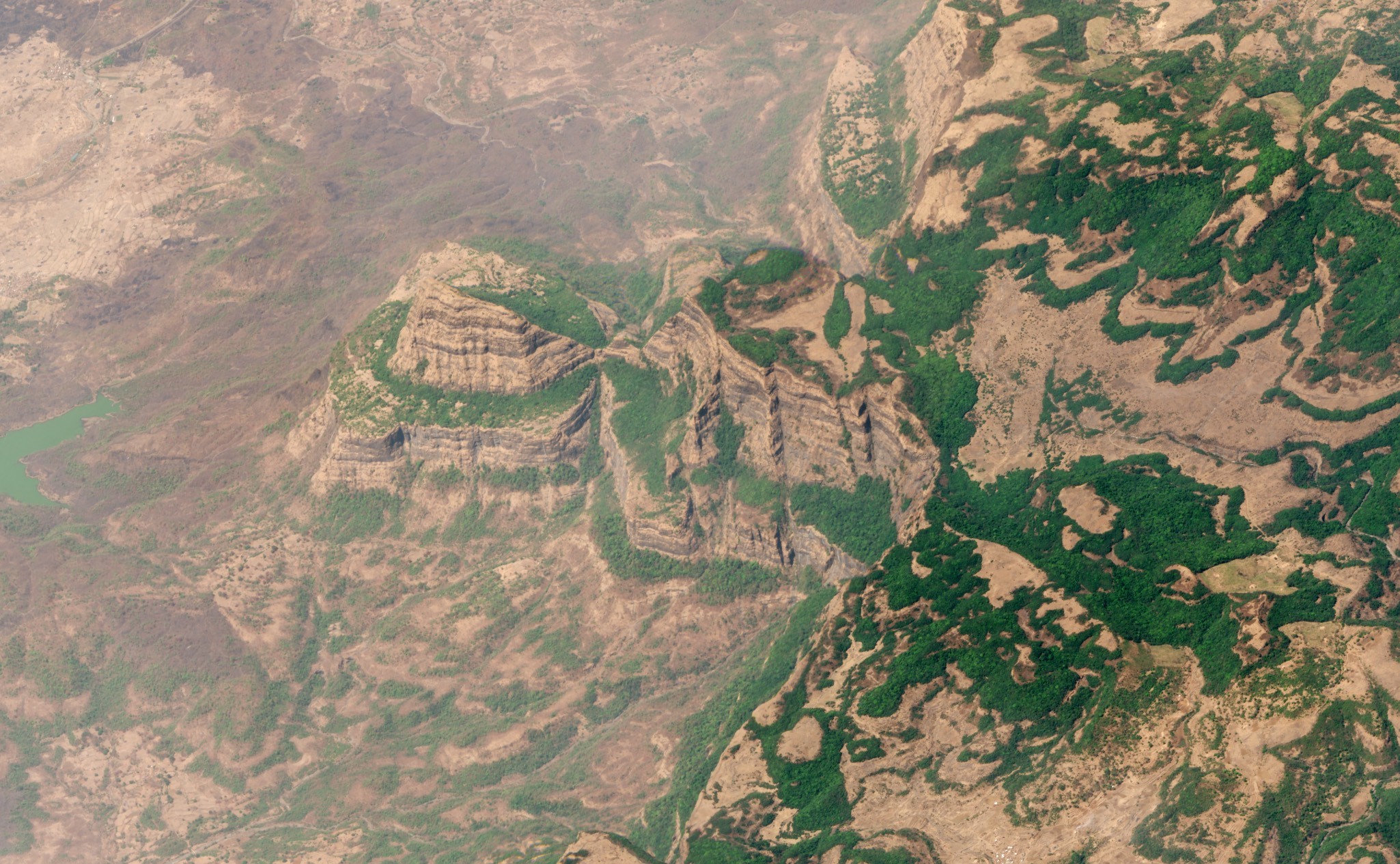 Deccan Traps, India. March 22, 2018 ©2018 Planet Labs, Inc, licensed under CC BY-SA 4.0.The remnants of these eruptions can now be found in west-central India and covered an area of 500,000 km2 potentially up to 1.5 million km2, that’s 25 to 75 times the size of Wales.Volcanic eruptions can also have numerous hazards on a human timescale, which we will discuss in more detail in Week 3.
© Cardiff University

Hi there! We hope you're enjoying our article: How have volcanic eruptions shaped our planet?
This article is part of our course: Extreme Geological Events