Read about how extreme events have been discovered through myths or the narratives and traditional stories of cultures and peoples. 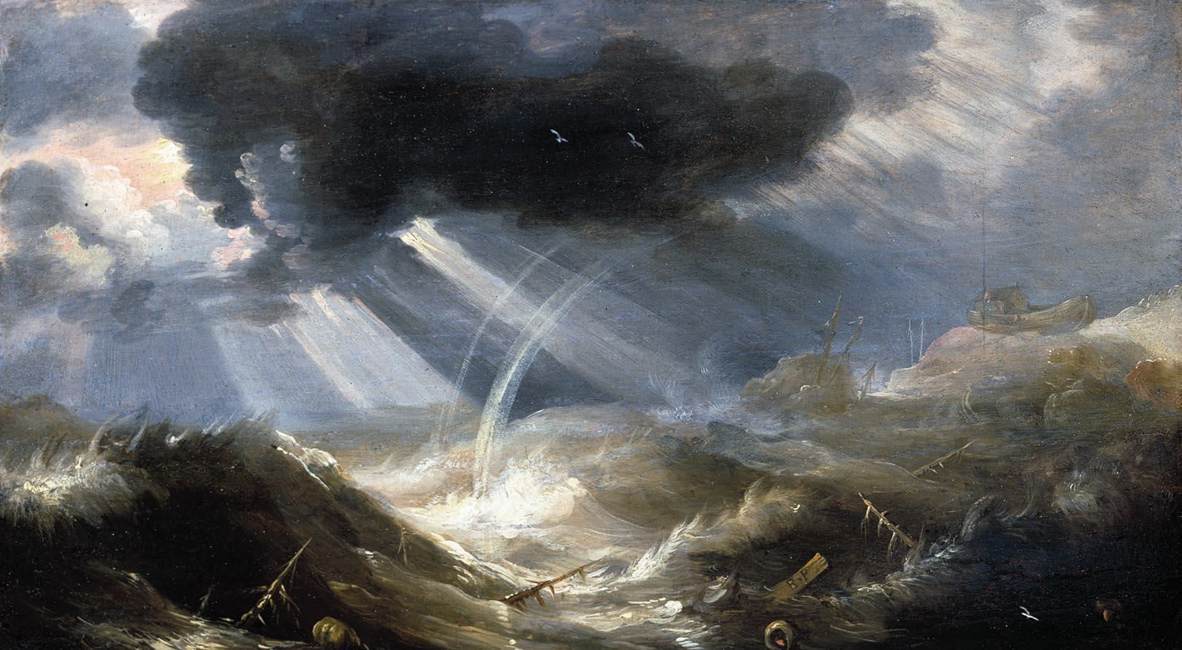 One way in which extreme events have been discovered is through myths or the narratives and traditional stories of cultures and peoples.

This is based on the thinking that if an event is large enough or destructive enough it may be preserved in the “cultural memory” of peoples.

This concept has been used to look for historical instances of regular and extreme events.

For example, some researchers have interpreted the thunderbird and whale myths of northwestern American indigenous peoples as an allegory for a major earthquake and tsunami, which hit the coast of what is now Washington state prior to the arrival of Europeans.

Due to their very nature, myth and stories have the potential to record the outcomes of extreme events vividly.

Geomythologists have attributed a number of these stories to prehistoric extreme events.

1. The Gun-Yu myth of China

The Great Flood story is important in Chinese culture as an ancient example of ancient Chinese leaders battling against a huge threat to their kingdoms in the form of a huge flood, and eventually overcoming it over the course of two generations.

The story is part historical, and tradition places the story more than 4,000 years ago, in the reign of Emperor Yao. The key players in the story fought back against the flood using both practical and magical means. Using dams and drainage, a magical soil able to hold back the waters, and by outwitting a variety of mythical creatures.

The Book of History describes the flood as covering the whole of Yao’s empire, flowing over hills and mountains and causing great suffering. The story describes the floods continuing for at least 10 years. Eventually, it was the son (Yu) of the first prince to fight the flood (Gun) who overcame the deluge. The stories describe how following the flood, Chinese agricultural civilisation was founded.

In 2016, a group of Chinese and American scientists were inspired by the myth to look for its cause. They were able to find, describe, and date evidence for a huge outburst flood along the Yellow River. It was caused by the creation and then failure of an enormous natural dam created by a landslide in the mountains at the headwaters of the river.

They calculated that the resulting flood could have travelled 2,000 kilometres with its effects lasting 20 years. This date also coincides with the transition from the Neolithic to the Bronze age in China, suggesting that as the stories describe, the cultural development of the Chinese civilisation along the valley was indeed triggered by the floods.

2. The Teonimanu myth of the Solomon Islands

The people of the Solomon Islands have a myth that describes the sinking into the sea of the island of Teonimanu.

The Australian geologist Patrick Nunn has studied both the story and the seafloor around the Solomon Islands.

From the shape of the seabed he has identified evidence for huge submarine landslides on the submerged flanks of the Islands. Each of them was capable of carrying an island with it as it slid downslope.

He believes that this is evidence for a sudden failure of the seabed – a lot like the Storegga slide. It then produced a huge megatsunami affecting the other Solomon Islands and being remembered as the sequence of eight waves.

Can you think of any other ancient stories that could have been cultural memories of extreme events?

There are lots of examples, but not all of them might truly record extreme events.