How can a skull identify gender? 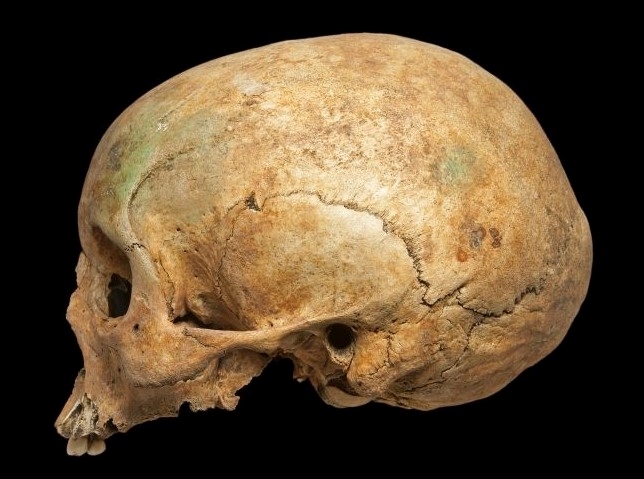 The skull can be used to estimate sex. It is generally not considered to be as reliable as the os coxae, although in many skeletal samples it can still produce a strong level of accuracy.

As with the pelvis, accuracy is dependent on the state of preservation, as well as the degree and range of sexual dimorphism within the skeletal sample.

The characteristics and degree of sexual dimorphism in traits from the skull can vary substantially between populations and individuals of differing ancestry.

Overall, the male skull tends to be larger, have a lower, sloping forehead, larger muscle attachment sites and smaller, squarer eye sockets when compared to females. There is overlap between the sexes and it is not uncommon for individuals to exhibit a mixture of ‘masculine’ and ‘feminine’ features.

To familiarise yourself with the names and location of the different skeletal features used for sex estimation, please take a look at this annotated 3D skull. The individual traits to record and their general features are as discussed below. 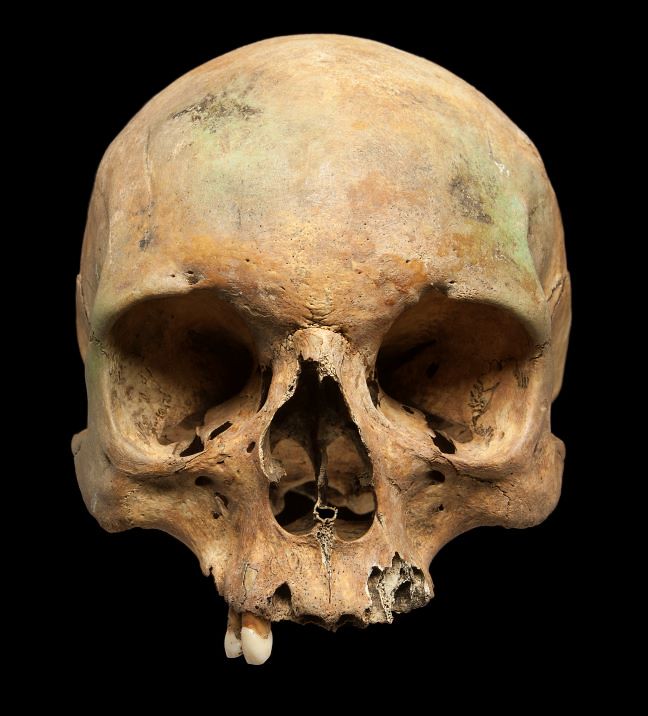 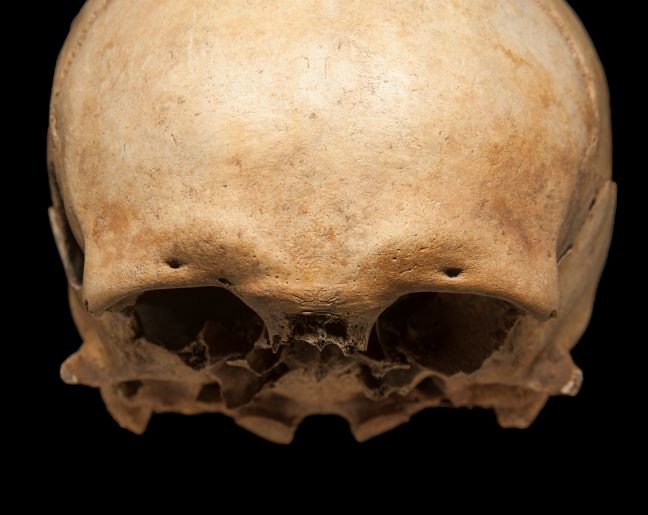 Above: a male cranium displaying pronounced supra-orbital ridges and glabella

The forehead tends to be more upright in females, while it is often more sloping in males.

Above: a male (left) and female (right) skull in profile displaying differences in the glabella and supra-orbital ridge (green lines) and forehead (blue lines) 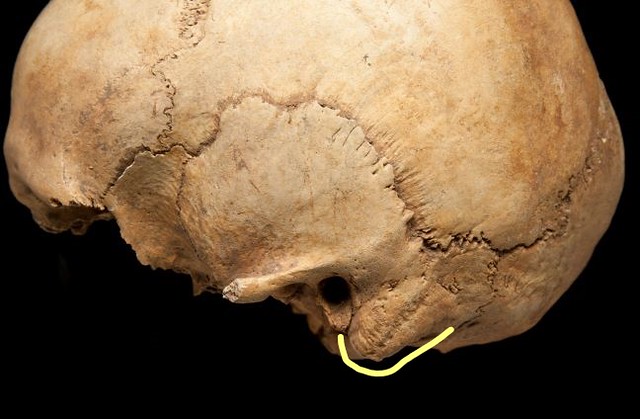 Above: female temporal bone with the mastoid process highlighted in yellow 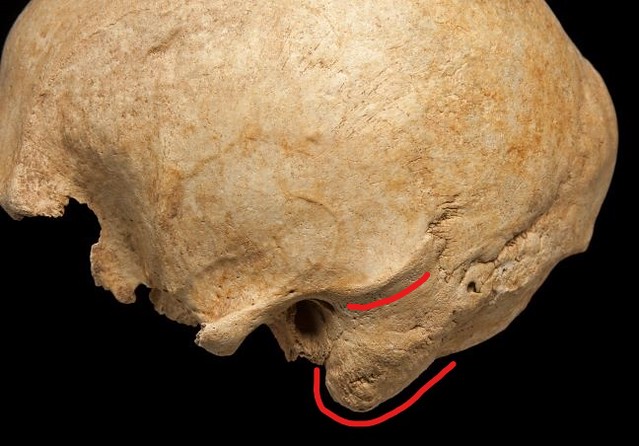 Above: male temporal bone with the mastoid process and ridge highlighted in red

The nuchal crest located on the occipital bone at the back of the head is more pronounced in males than in females. 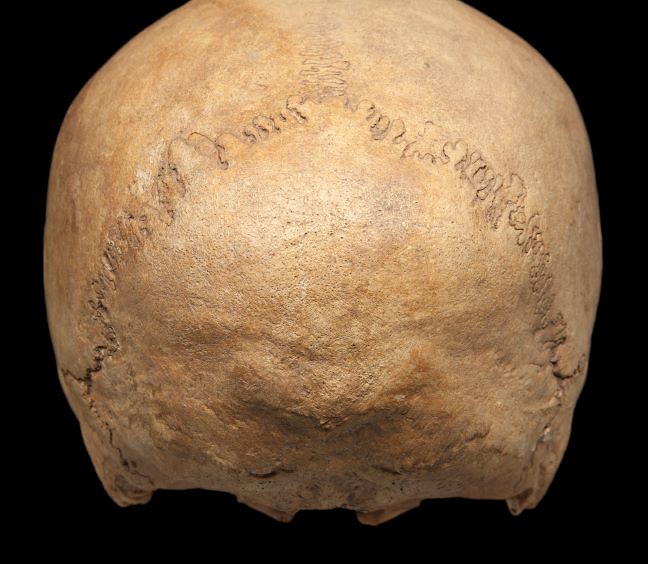 Above: female occipital bone with a smooth, gracile nuchal crest 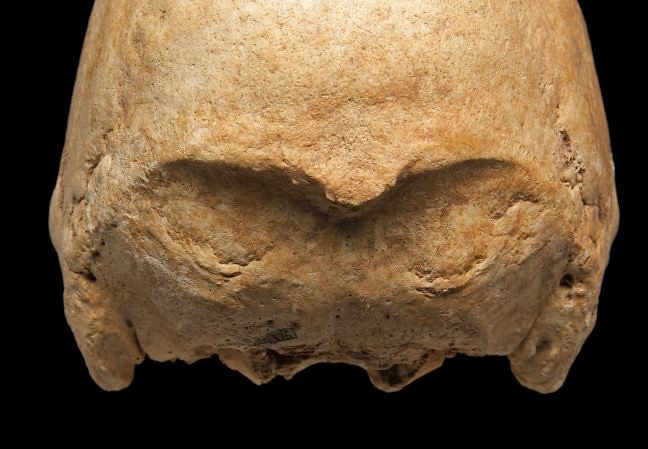 Above: male occipital bone with a pronounced, rugose nuchal crest

The mental eminence (chin) is often larger and squarer in males and pointed and smaller in females. The mandibular ramus (vertical part of the jaw) is also more upright in males, while it tends to be smaller and more sloping in females.

In males, there is usually a greater degree of muscle marking in the gonial region (angle between the horizontal and upright parts) and what’s referred to as gonial flaring. 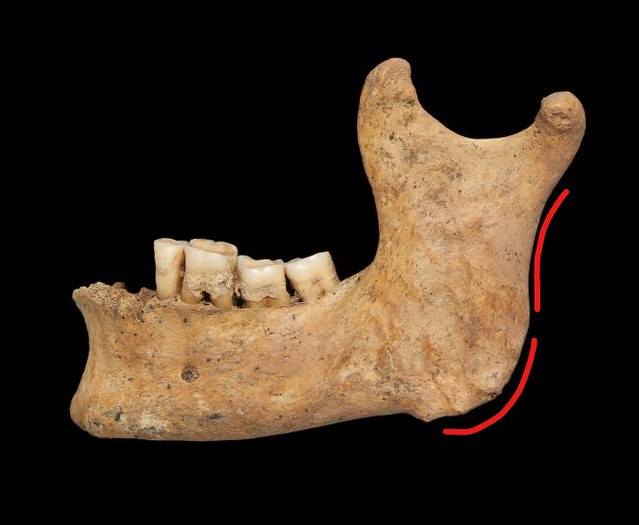 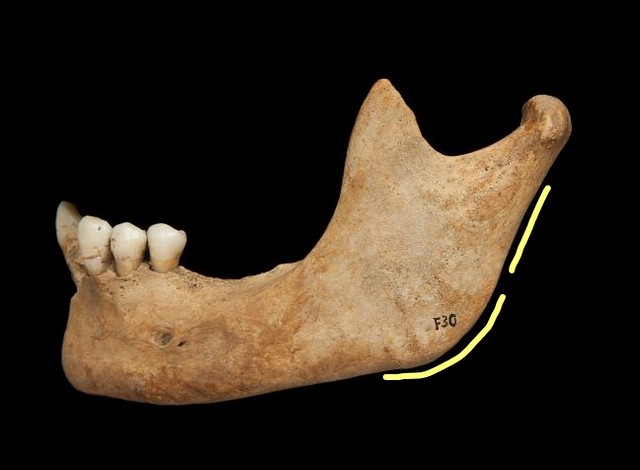 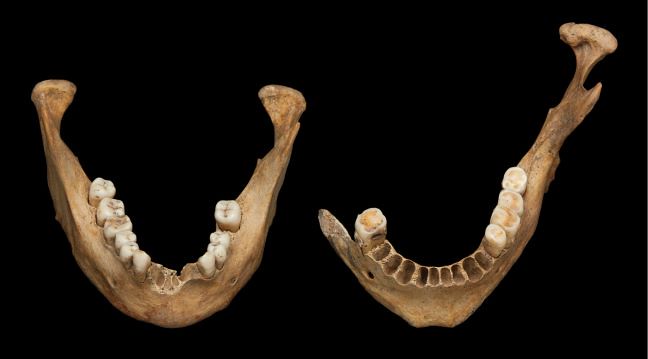 Above: female and male mandibulae

Here is a table summarising some of the sexually dimorphic features of the skull: 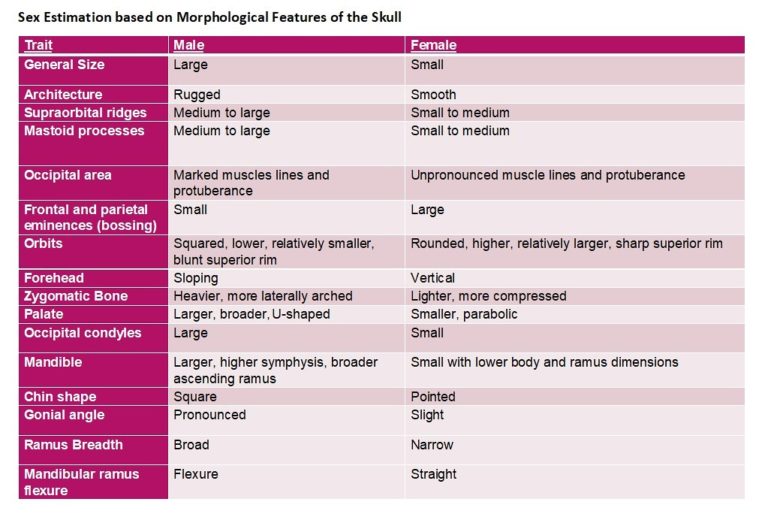