What exactly is DNA and how can it be used in forensic contexts? Dr Eva Fernandez an expert in ancient and modern DNA discusses DNA analysis. 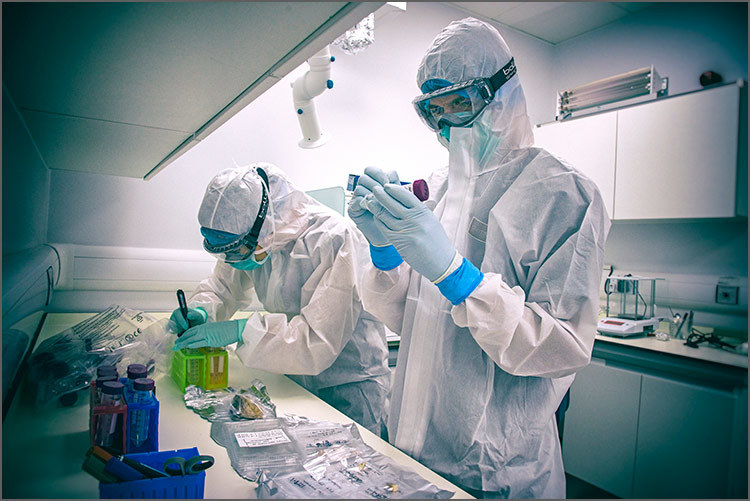 DNA Analysis: The Answer to all our problems?

Most people know a lot about DNA. Or perhaps think they do from watching crime programmes or from using Ancestry DNA kits, which have become very popular over the last few years! Because DNA analysis has proven so useful, people sometimes make the mistake of thinking that it is the answer to all scientific problems. DNA analysis has proven incredibly important in forensic contexts for human identification and also for linking perpetrators to crime scenes. But there are also limitations to its use, particularly in forensic anthropology. Not least of which is that to identify a body using DNA, you will need a sample from a close family member to test the DNA against. This is not always available. DNA also doesn’t survive in all conditions or contexts and can degrade in hot weather and certain soil conditions over time. Contamination of a person’s DNA with that from others is also a problem and stringent precautions must be taken during excavation and processing, as well as in the lab. Finally, DNA analysis is destructive. So, it’s not the answer to all problems, but the analysis of DNA has still revolutionised a lot of crime scene analysis and is used widely in forensic contexts. Techniques of analysing DNA, in particular very degraded ancient DNA, are developing apace and becoming more accessible and affordable.

The genetic information of an organism is contained in the deoxyribonucleic acid or DNA. Most of us are familiar with the famous double helix structure of DNA. The DNA molecule is made up of two strands of concatenated (linked in a chain) units called nucleotides, each of them made of a sugar molecule (deoxyribose in the case of DNA and ribose in RNA), a phosphate group and a nitrogenous base. 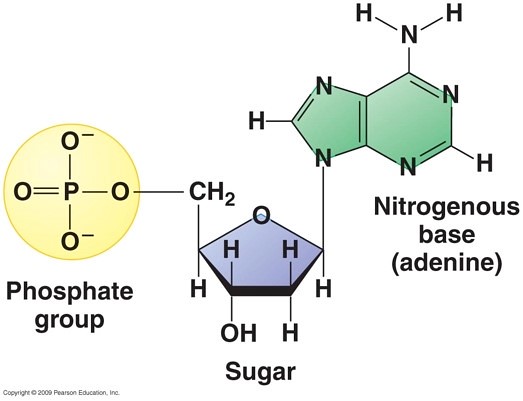 There are four types of nitrogenous bases:

It is the order or ‘sequence’ of these bases which determines the so-called ‘genetic code’. Within the DNA double helix, nitrogenous bases are arranged in front of each other, always paired up in the following manner:

Each pair is referred to as ‘base pair’ (bp), and the length of a DNA sequence is measured by the number of these base pairs. 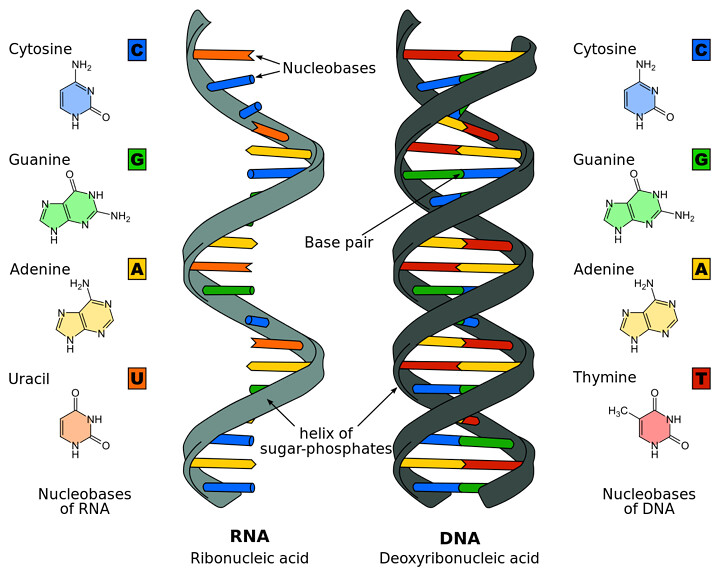 Every animal cell is surrounded by a cell membrane and contains a compartment called a ‘nucleus’. The space between the nucleus and the cell membrane is called ‘cytoplasm’ and is made of a gel-like solution in which different cell structures (organelles) are floating. 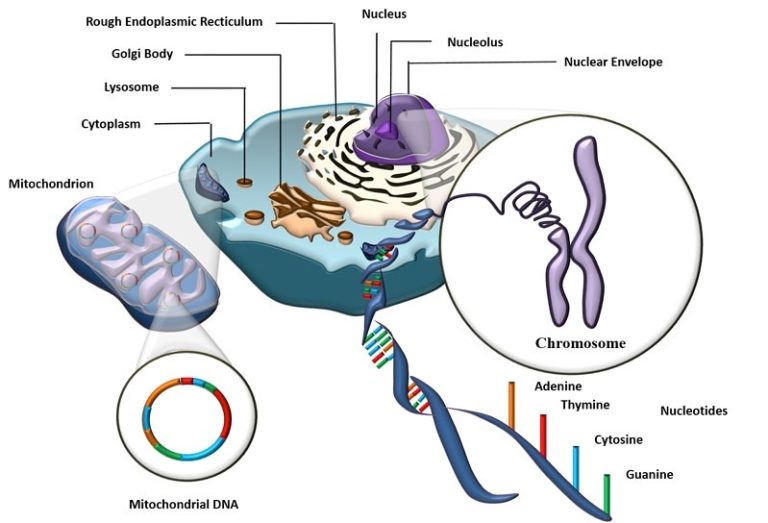 Location of the DNA in an animal cell. Copyright: Bioethics Advisory Committee UK.

An organism’s DNA (i.e. genome) is present in two locations:

Cell mitochondria are essential for cellular respiration – the processes by which the cell produces energy from the nutrients. Each cell can contain up to a hundred mitochondria depending on the metabolic needs of the tissue. In turn, each mitochondrion has hundreds of identical copies of its own DNA –the mitochondrial DNA– a circular molecule of just 16,569bp. On average each cell contains 1000 more copies of mitochondrial DNA than of nuclear DNA, thus increasing the chances of retrieval in degraded samples. MtDNA is transmitted exclusively through the maternal line, as male mitochondria do not penetrate the egg cell during fertilisation. Consequently, only the mtDNA from the mitochondria in the cytoplasm of the egg cell (i.e. the mother) contribute to the zygote mtDNA.

Check out the 3D model of DNA below in the ‘SEE ALSO’ section and then move on to the next step to learn about how DNA gets used in forensic analysis.