What is fusion energy?

What is fusion energy and why might it be a solution to the climate emergency? This article discusses the nuclear physics behind fusion. 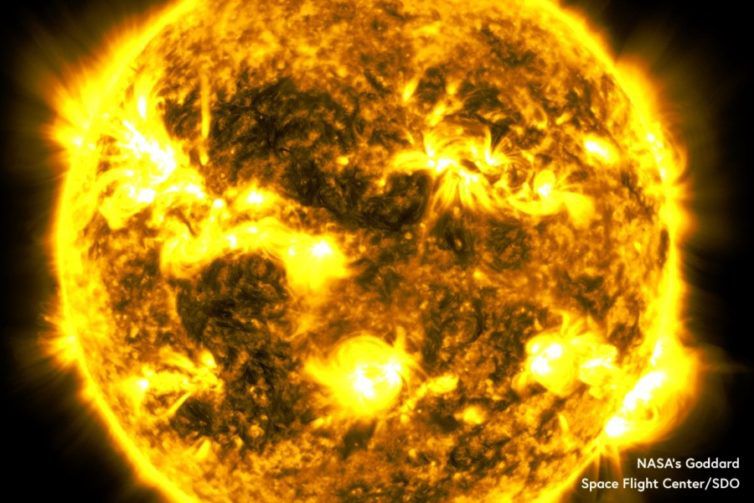 To understand what fusion is, and what it has to do with plasma physics, we need to take a small detour into some nuclear physics.

A brief summary of nuclear physics

The nucleus is the dense core of protons and neutrons, which we collectively call nucleons, that sits at the heart of every atom. Each chemical element has a different number of protons; for example, hydrogen has one and helium has two. The nucleus is also home to a similar number of neutrons.

There are three types of hydrogen: 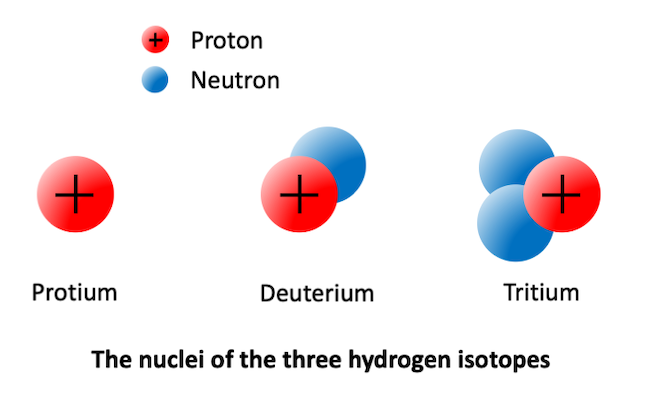 What is holding this nucleus together? The answer is called the ‘strong force’. This fundamental force of nature binds together nucleons, but only when they are exceptionally close to one another (within one-millionth of a millionth of a metre). At larger distances, it has no effect at all.

But there is something strange happening with this strong force, which shows itself when we look at the mass of nuclei: the actual mass of a nucleus is slightly less than we get if we just add up the masses of the protons and neutrons within! To understand why we need to return to the most famous equation in physics – (E=mc^2).

So we can consider our missing mass as missing energy. In fact, it is just the energy we would need to provide to split our nucleus back up into separate protons and neutrons.

In other words, it is a measure of how well stuck together the nucleus is. We can therefore call our missing mass the binding energy of the nucleus.

Let’s do some calculations using the nuclear binding energies in the table below. Energies are given in mega electron volts – a unit of energy used in nuclear physics, and equal to about 0.000000000000016 of a joule.

Let’s assume that we take one deuterium and one tritium nucleus and rip them apart to make 2 protons and 3 neutrons. How much energy do we need to provide? We can just add up the binding energies of deuterium and tritium (2.22 MeV + 8.48 MeV) to get 10.7 MeV.

Now, let’s rearrange these nucleons to make a helium-4 nucleus, which has 2 protons and 2 neutrons, leaving us one spare neutron.

This is the concept of nuclear fusion. When we combine light elements together to form heavier ones, we can free up some of the energy locked in the nuclei, seemingly creating energy from nowhere. Of course, we have really just unlocked energy that was stored in the deuterium and tritium.

You might want to use the table above to calculate how much energy is gained when we fuse together two deuterium nuclei to make one tritium nucleus and one protium nucleus.