The benefits of advanced solar cells

This article explains how photonic nanostructures can produce much more efficient solar cells for addressing the issue of climate change. 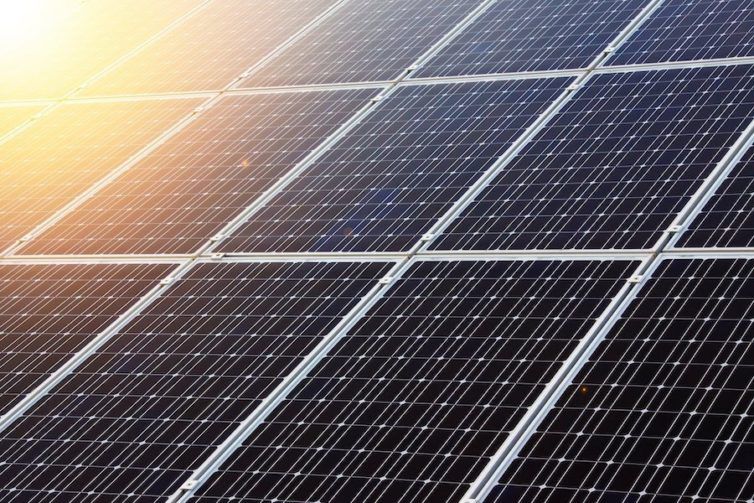 In addition to being used for biosensors, photonic nanostructures can be used in a wide range of other applications. Arguably one of the most important of these is in improving the efficiency of solar cells.

What are solar cells?

Solar cells are one of the most promising solutions for addressing the issue of climate change. Some studies predict that the majority of our energy provision will be satisfied by solar energy alone by the end of this century, especially if suitable storage solutions such as batteries or conversion to hydrogen fuel can be developed.

However, the cost is everything. Despite all the valid arguments about ‘green energy, the question that is always asked is whether installing solar panels will be cheaper than alternatives such as gas-fired power plants.

Luckily, this is beginning to be the case, especially in sunny places such as Southern Europe or Africa. Even in the UK, solar power plants are already economically viable in some places.

In order to ensure wider usage, however, it is important to maximise efficiency and minimise cost. The technique of ‘light trapping’ using nanostructures can achieve both.

The majority (91%) of solar cells in use today are based on silicon, so we shall focus on these. Silicon is used because it is a very stable material that is widely available (27.7% of the Earth’s crust is made of silicon).

So if we shine light at silicon, we can generate a current.

Sillicon is not a good absorber

However, it turns out that silicon is not a particularly good absorber, especially at red and infrared wavelengths. Therefore, silicon solar cells have to be relatively thick (up to 1mm) to ensure that they absorb all the available light and convert it to electricity.

One mm does not sound particularly thick, but imagine how many more solar cells could be produced from the same material if they were 10 or 20 times thinner. In a business that is dominated by cost, such considerations really matter.

The solution is to trap the light inside the silicon material to ensure that it is being fully absorbed, even in a thin film. This solution has already been adopted in some of the most efficient silicon solar cells demonstrated to date.

For example, the PERL cell is shown in the following diagram.

These solar cells have a surface structure consisting of an array of prisms that deflect the light sideways, thus achieving a longer pathlength of the light inside the material.

This idea can be taken one step further by using nanostructures. Light can be deflected by 90 degrees by using a nanostructure that is of a period equivalent to the wavelength of light.

For the solar cell application, however, we do not want deflection at exactly 90° but only close to 90°, because we want the light to be absorbed inside the material, not only at the surface.

Furthermore, the structure needs to work for a wide range of wavelengths, as sunlight is white light containing all the visible wavelengths and some in the infrared.

The solution is a more complex nanostructure that was developed by researchers at the University of York. The structure is called ‘quasirandom’ because it looks like a random array of scatterers – even though it was carefully designed so not random at all!

The left-hand image below shows the top view of a quasirandom cell, with the white square highlighting the periodic unit cell. The white line at the bottom of the picture is a scale bar of 1µm in length.

The quasirandom nanostructure is able to direct the light very close to the surface and works across the full solar spectrum; that’s why it has to be more complicated.

This is illustrated in the right-hand image below.

A solar cell with a quasirandom surface structure can achieve the same efficiency as a conventional solar cell, but for a thickness of only 50µm.

This is 20 times thinner than a conventional solar cell. Such solar cells are not yet used because the manufacturing technology is not yet ready to deal with such thin silicon.

However, once the technology is sufficiently advanced, we will see these or similar structures being used to improve performance and make solar cells even more cost-effective.