Learn more about particle detectors and the various types. 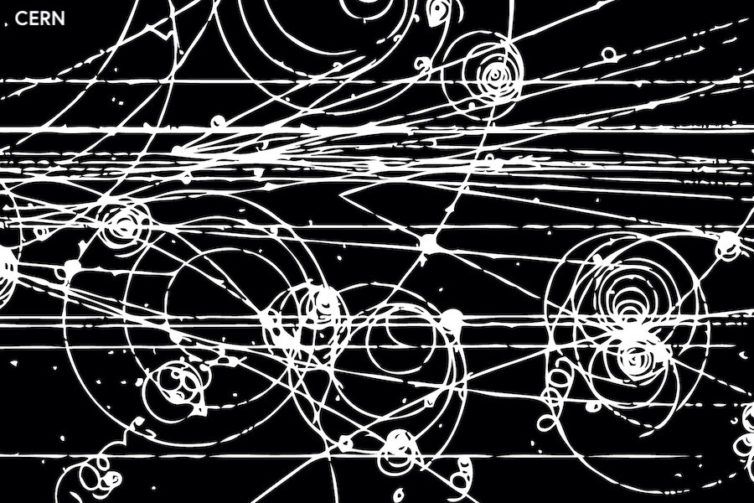 In this article, you will learn more about particle detectors including the various types.

Whether you are taking a medical image such as an X-ray or PET scan, monitoring radiation at a nuclear power station, or trying to identify new particles from within the multitude produced at CERN, it is crucial to be able to detect particles.

Some detectors just register the presence of a particle, but others can measure its physical characteristics, like its energy, momentum, and charge.

In general, there are two main types of detectors: Gaseous ionisation chambers and solid-state detectors.

Gaseous ionisation chambers utilise the ionising effect of radiation to generate electrical signals. A charged particle passing through the detector will ionise the gas molecules – giving an atomic electron sufficient energy to escape the atom and leaving a positive ion and negative electron. A voltage applied between the anode and cathode (see the diagram below) creates an electric field, which causes the ions to drift to opposite sides. The collection of these ions on the electrodes will register a current, signaling the presence of a particle. 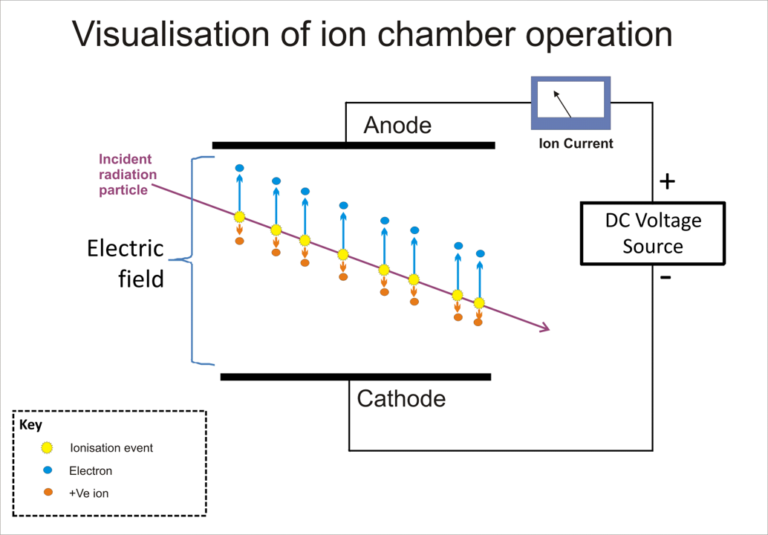 The Geiger Muller counters you may already be familiar with are examples of gaseous ionisation detectors.

Photons can also cause ionisation. However, this type of detector is much less sensitive to photons compared to solid state detectors.

There are different types of solid-state detector systems:

Semiconductor Detectors utilise semiconductors such as silicon or germanium. Unlike a metal conductor, a semiconductor can only conduct if some of the electrons are given additional energy to allow them to move freely in the material. Charged particles or photons interact with the semiconductor to produce these free electrons, leaving a ‘hole’ behind. Typically, the number of electron-hole pairs is proportional to the energy deposited by the particle or photon. The electrons and holes travel to the electrodes under the influence of an electric field and an electric pulse registers the passage of ionising radiation through the system.

Scintillation counters use materials that emit photons (scintillate) in response to radiation. A charged particle going through a scintillator excites molecules along its path, which then de-excite by the emission of a photon. The emitted photon is then detected by a light sensor such as a photomultiplier tube or photodiode, which converts the light to an electronic signal for reading.

Cherenkov detectors allow the detection of particles with speeds greater than that at which light can travel through the material.

Although we tend to think of the speed of light as the ‘speed limit’ of the universe, the speed of light varies depending on the medium it is passing through. This is why we see refraction when light enters water or a glass block. Some particles are not slowed to the same extent in different media, so can travel faster than the speed of light in these conditions.

Particles traveling through a medium at speeds larger than the speed of light within the medium emit light in a process similar to sonic booms with sound. By carefully choosing the medium with an appropriate refractive index, this system allows us to identify particle types.

Other types of detectors, called calorimeters, are used to measure particle energies. These detectors rely on the interaction of particles with matter. The particles are completely stopped within the detector and all of their energy is absorbed.

Different detector systems need to be employed to detect, identify, and measure the characteristics of different types of particles. Therefore many modern particle detectors are composed of layers of sub-detectors, each designed to look for particular properties or specific types of particles. For example, the Atlas detector at CERN has six different detecting subsystems and, at 46 m long, 25 m high, and 25 m wide, it is the largest volume particle detector ever constructed. Other particle detectors are much smaller and, in the next step, Dr Jamie Brown will be talking about designing handheld and wearable detector systems.