Gender gaps in the world of work: Some facts

Read how Christine Bigler explains the differences between men and women in the labour market and the factors that lead to this labour market pattern. 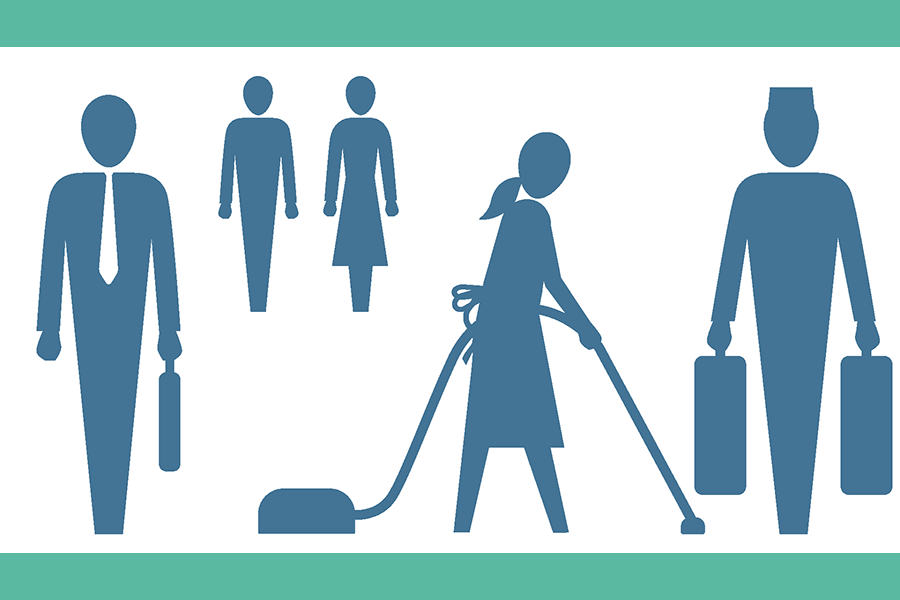 Employment remains the most reliable way to escape poverty. But what kind of employment is needed and who has access to it? To answer these questions, we need to be aware that not all genders have equal opportunities to the labour market. Scientific studies call this fact the “gender gap”. The following lists some facts about the world of work that help us understand this.

It is self-evident that not all employment lifts people out of poverty and that not everybody has the same access to gainful employment or so-called decent work (International Labour Office 2019). Along with climate change, economic inequality is one of the most pressing problems in the 21st century from a global perspective. Decent work plays a major role in achieving the goals of the 2030 Agenda for Sustainable Development, particularly in the Global South (United Nations 2015).

When women and men have equal rights, opportunities and responsibilities in all spheres of life, such as in education, decision-making, political and economic participation and health, gender equality is achieved. To date, no country has fully achieved gender equality (Cavalcanti and Tavares 2016).

A gender perspective on the labour market yields the finding that women are overrepresented in low-paid, low-skilled jobs and in precarious employment arrangements (Kidder and Raworth 2004). Despite women’s rising level of education, labour market participation and access to decent work for women and men are unequally distributed. Women’s limited access to decent work is linked to gender stereotypes, social norms and division of labour.

Social norms can be described as generally shared rules and expectations regarding women and men’s roles and behaviour. These norms are the basis of gender stereotypes, which accompany the gender division of labour. The labour market is embedded in the social norms of a society (Elson 1999; Rai et al. 2019).

Women’s labour market participation varies globally, from over 70 percent in sub-Saharan Africa to less than 30 percent in Asia (International Labour Organization 2020). The gender gap in the world of work increased even further in 2020. As women are less integrated than men in the paid labour market, they are three times more engaged in unpaid care work (UN Women 2019). This unpaid care work is a central penalty for women’s participation in the paid labour market and is rooted in gender stereotypes, where women’s roles as caregivers in families and the male breadwinner model predominate (International Labour Organization 2018; Elson 2017).

To capture the labour market in a holistic way, paid and unpaid work must be taken into consideration (Perrons 2015). Gender inequality is also observed with respect to wages. The ‘unadjusted’ gender pay gap shows that women earn 22 percent less than men globally (Nations Research Institute for Social Development 2020).

Eliminating gender discrimination is needed to reduce economic inequality within a country and to give women and men equal access to decent work. To achieve this, countries need to establish gender-related policies (Cavalcanti and Tavares 2016).

United Nations (2015): Transforming our World. The 2030 Agenda for Sustainable Development. Hg. v. The President of the General Assembly. UNITED NATIONS.