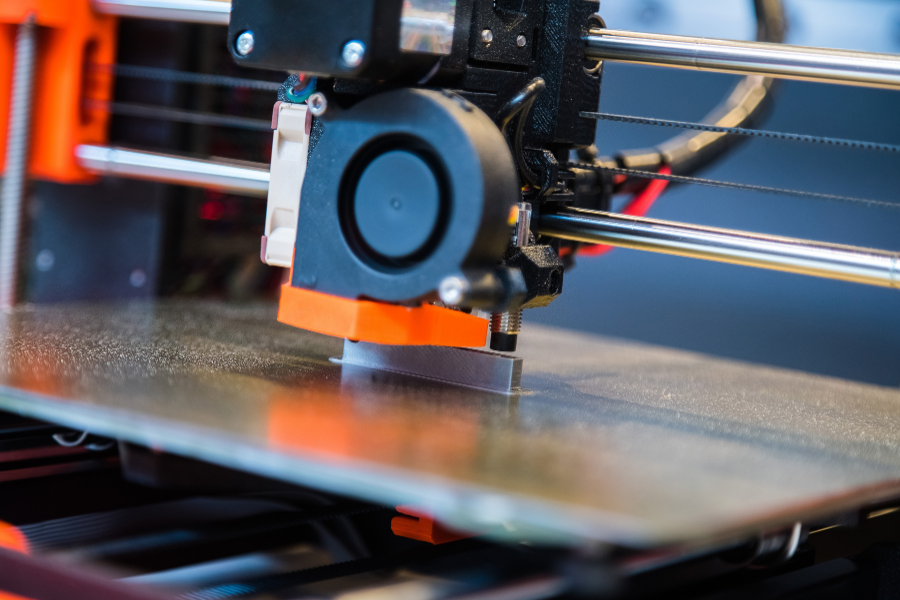 In this article, you will learn more about 3D printing history and developments.

3D Printing is a procedure for producing physical things from a three-dimensional electronic version, typically by placing down several successive thin layers of a substance.

It attracts an electronic object (its own CAD representation) to its bodily form with the addition of layers by a coating substance. There are many distinct strategies to 3D Printing an object.

3D Printing attracts two basic innovations: the manipulation of items in their format along with the production of new contours by the inclusion of substance. 3D Printing technologies, also called Additive Manufacturing (AM), describes procedures used to produce a 3D object where layers of material have been successively formed below a computer-controlled application to make a physical thing.

The 3D file origin is usually chopped into several layers, each layer creating a pair of computer-controlled directions. The two 3D additive and printing production reveal the technology share the subject of sequential-layer material improvement or linking through a 3D work.

The principal difference is in how the layout is straight made from 3D printing (guide ) or 3D printing has been used in the practice of producing your version (indirect).3D printing is one of several procedures where a component is additively made by bonding or introducing extra substance.

3D printed items could be geometrically intricate and are perfect in a vast array of manufacturing applications. Machines can cost anywhere from tens of thousands to tens of thousands of bucks and use a huge array of technology to publish components.

The first 3D printing technology became visible in the late 1980s; in that time, it was known as Rapid Prototyping (RP) technology. The procedures were initially conceived as a quick and more cost-effective way of generating prototypes for product development within the business.

3D Systems’ initial business RP system, the SLA-1, was released in 1987. After rigorous testing, the very first of those systems was offered in 1988. In the 1990s and early 2000s, many new technologies continued to be released. But they only focused on industrial programs. While they were primarily processes for monitoring programs, R&D was also being conducted with the advanced technology suppliers for particular tooling, casting, and lead manufacturing software. This saw new development of new, vocabulary in production, namely Rapid Tooling (RT), Quick Casting, and Rapid Manufacturing (RM), respectively.

In 2007, the market saw the very first program under $10,000 from 3D Systems, but that never really hit the mark. This was partly because of the cost of the machine which was very expensive, but also other market influences.

History – The Advent of the 3D Printing Technology

The history of 3D printing begins in 1981 with Dr. Hideo Kodama’s patent application for a rapid prototyping device. As far as we’re aware, Dr. Kodama is the first person ever to apply for a patent in which laser beam resin curing system is described.

Back in the 80s, le Méhauté was working at Alcatel researching fractal geometry parts. He argued with his colleagues because they thought his thinking was “off the path”. Still, he was determined to prove himself, and so started thinking about how to produce such complex parts.

1984 was the lucky year for 3D printing. Working for a tabletop and furniture manufacturer, Charles “Chuck” Hull was frustrated at the long times it took to make small, custom parts. He therefore suggested turning the company’s UV lamps to a different use: curing photosensitive resin layer-by-layer, eventually creating a part

In 1988, the same year that the SLA-1 was introduced, another 3D printing technology was invented. This time, it was selective laser sintering (SLS), the patent for which was filed by Carl Deckard, an undergraduate at the University of Texas.

In the meantime, while the patent for SLS was awaiting approval, another patent for an additive manufacturing technology was submitted to the US government. This time it was for fused deposition modeling (FDM). Interestingly, despite now being the simplest and most common of the three technologies, FDM was actually invented after SLA and SLS.