Read about the strict water management rules imposed in Cape Town in 2018, as a result of the high risk of dams running dry. 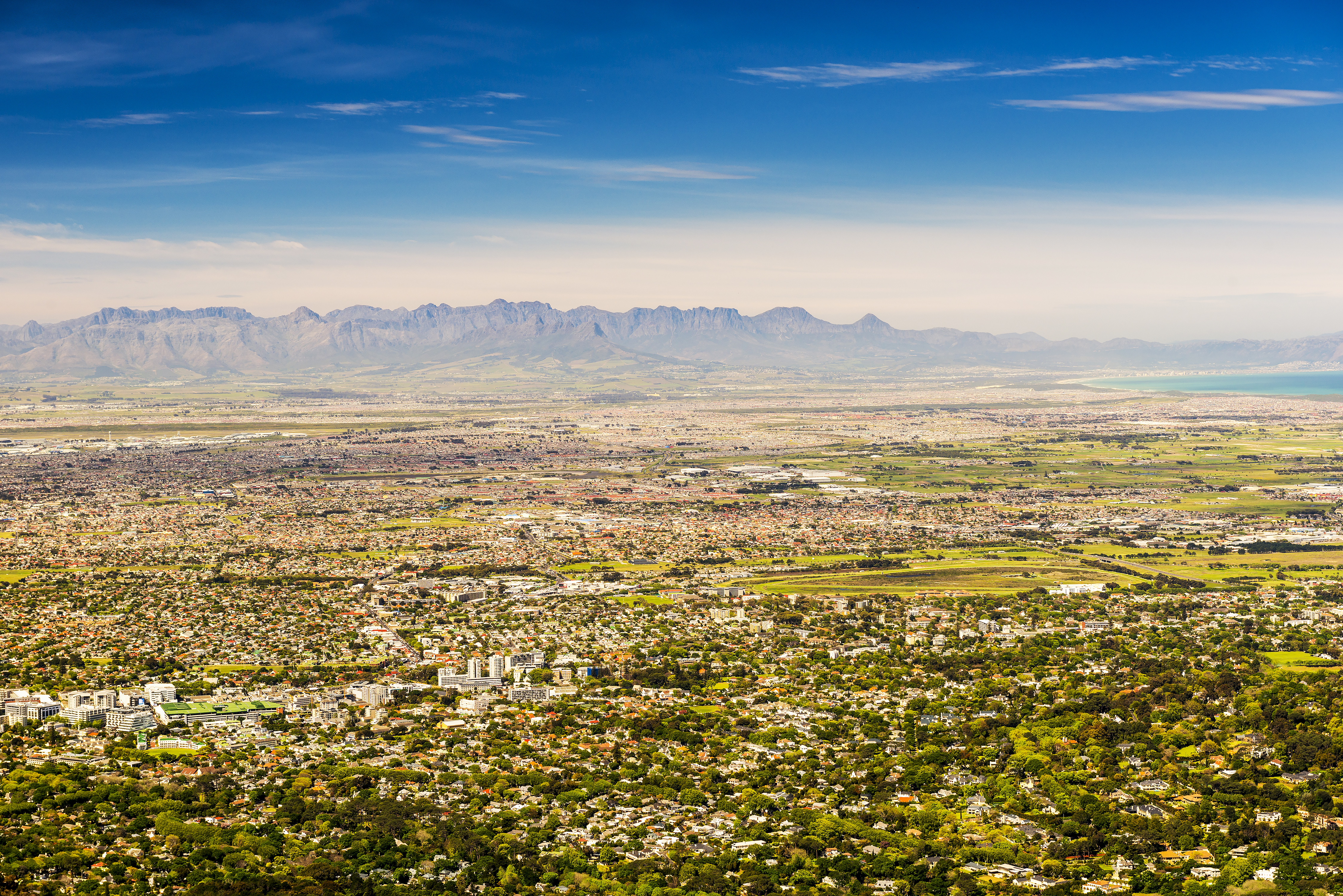 In January 2018, Cape Town announced that without dramatic water conservation measures the dams it relies on for its water supply would run dry in April.

Known as ‘Day 0’ this dramatic announcement not only caught the attention of the worlds’ press but also presaged the introduction of strict water management rules.

It was the latest, and last stage in a series of gradually strengthening restrictions. These were introduced over the previous 24 months as drought conditions increased in severity, culminating in all residents being restricted to 50 litres of water per day (whether at home, work or elsewhere).

It’s no coincidence that the target of 50 litres per person per day adopted in Cape Town is the value that underpins the UN’s fundamental human right to water as the minimum amount needed to maintain an acceptable standard of living.

70% of Cape Town water use is in domestic homes – so the role of households in reducing water demand is fundamental. A major publicity campaign complemented the water restrictions to reinforce the message of the need to save water if Cape Town was to navigate this crisis. 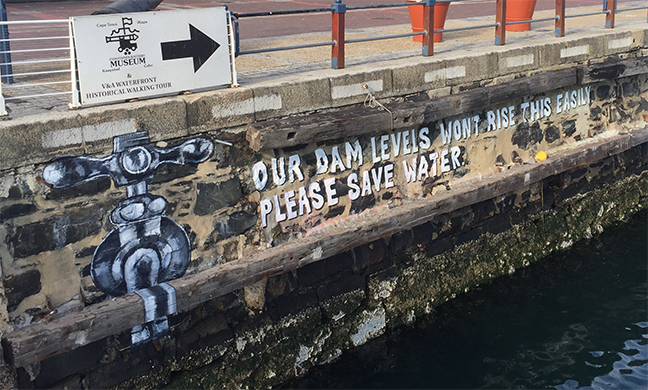 Public authorities led the way with a cessation of irrigation in public areas and the replacement of water taps in public facilities, such as at the airport, with hand sanitisers. Municipal water pressure was reduced so that less water would flow from taps.

Restrictions were also made on the use of water by farmers, such as encouraging night-time irrigation and drip-irrigation (which concentrates water around the base of crops).

Measures taken to reduce household consumption captured the headlines though, with the Deputy Mayor, Ian Neilson, declaring that it was the actions of millions of consumers that saved Cape Town from Day 0.

Households were strongly encouraged to reduce their personal consumption to 50 litres or less per day. To do this various water saving measures were advocated such as:

In support of this, domestic water consumption was regulated through the introduction of compulsory metering, with the maximum amount of water used restricted to 10,500 litres per month.

Households that exceeded this limit were liable to large fines, or having a meter installed that can restrict the supply of water to the maximum allowed. Authorities also publish an online map that identifies the amount of water being used by each house in Cape Town in an attempt to ‘name and shame’ those continuing to use too much water.

Transparency has also been a feature of the information campaign with residents having access to real-time information on dam levels. This has helped to promote the urgency of the situation and provides a clear evidence base to the need to conserve water. 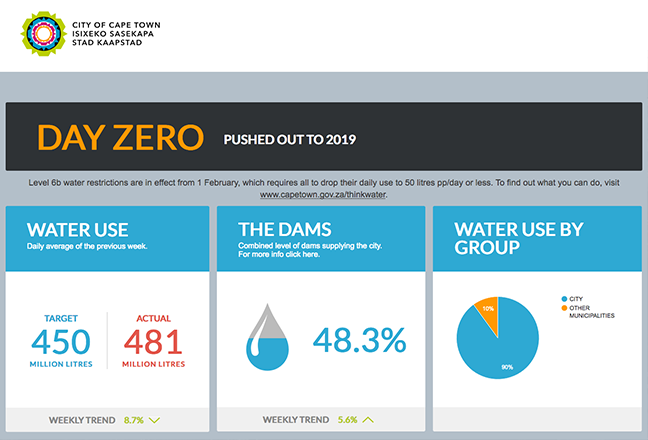 Finally, there has been an appeal to the collective spirit with the suggestion that Capetonians are ‘all in this together’, as illustrated in this billboard: 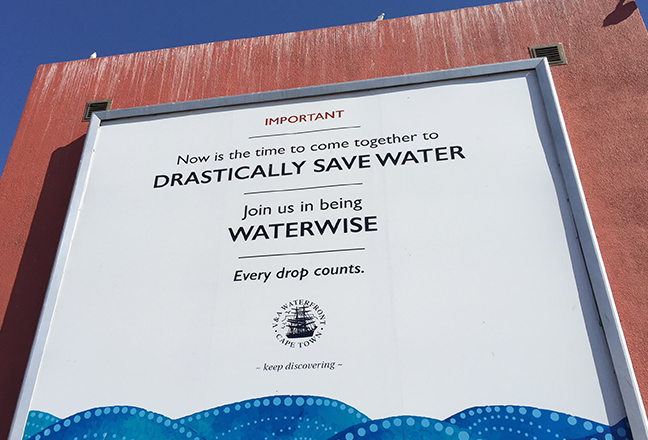 The results of the campaign were substantial. Average water demand across the city reduced to less than 600 million litres per day. It’s credited with helping to postpone Day 0 to the beginning of the winter rainy season.

In July 2018, average water usage remained close to the target value of 450 million litres per day, despite several weeks of substantial rainfall and dam levels reaching almost 50% of total capacity.

It’s likely that the savings achieved by Capetonians will provide the breathing space to bring onstream planned measures to augment surface water supplies, such as the desalination of sea water and developing local groundwater resources.