Community based approaches and partnerships

Bangladesh was one of the first countries to train and deploy community health workers. Read this article to learn of the country’s experience since. 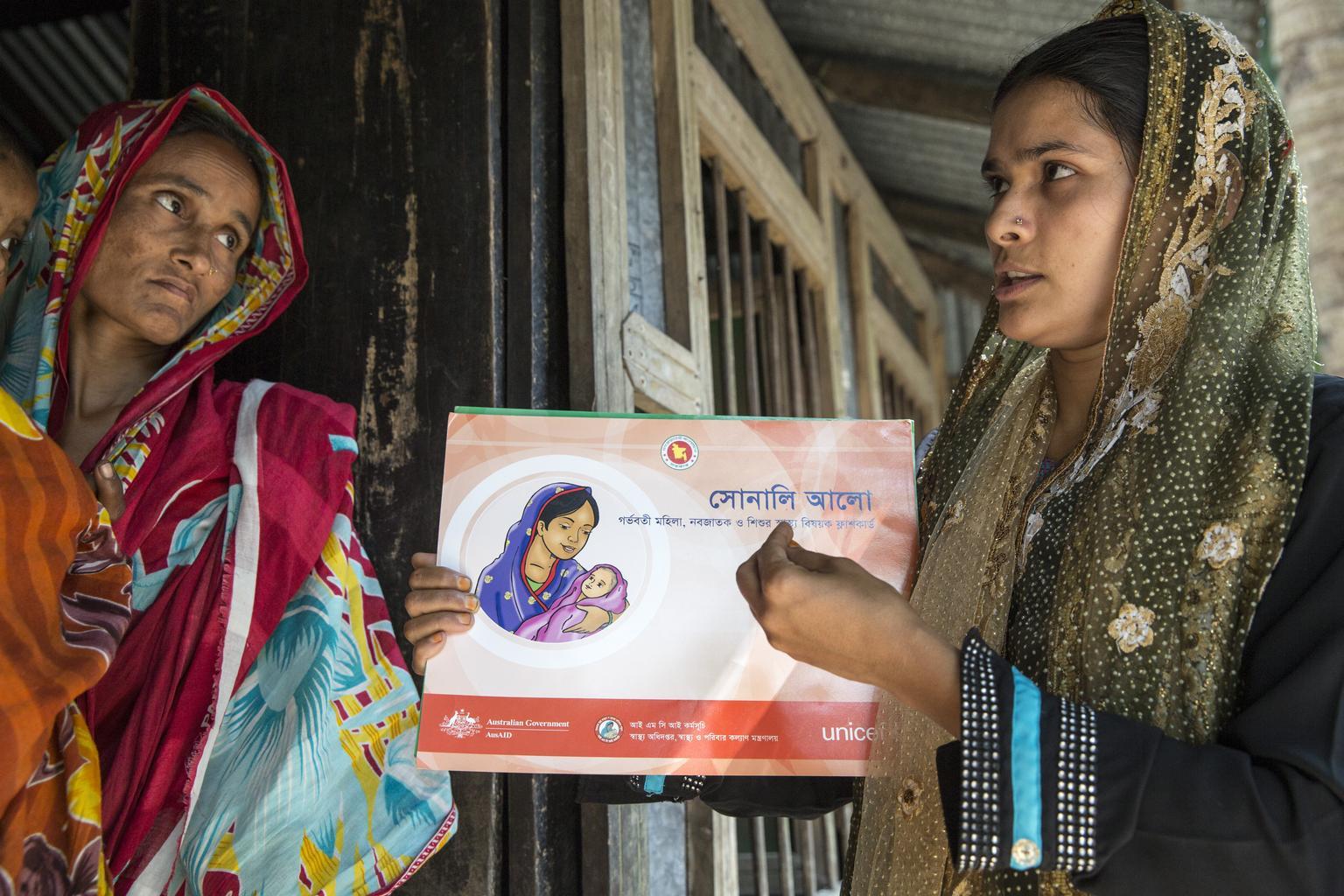 Let us examine the experience of one country that has made extensive use of community health workers.

Bangladesh was one of the first countries to train and deploy community health workers throughout the country, beginning in the 1960s with its smallpox and malaria workers. The rapid expansion of community health workers in Bangladesh has enabled a broad dissemination of interventions including contraceptives, oral rehydration solution, and vaccinations. National surveys show that community health workers play an important role in outreach and health promotion and prevention and have continually adapted and modified their roles in response to changing needs.

There is a strong NGO (non-government organisation) presence in Bangladesh, which has directly contributed to a focus and investment in community health workers. BRAC (Building Resources Across Communities) was one of the first NGOs to establish a volunteer community health worker program in the 1970s and now has one of the largest programs in the country. BRAC initially trained male paramedics who treated minor illnesses in return for a small fee. BRAC was able to successfully scale up its program based on lessons learned about remuneration, supervision and accountability of its community health workers.

There have been several family planning programs in Bangladesh, which have been established directly by the government. The present family planning program began in 1977 and now involves thousands of full time female fieldworkers (family welfare assistants). Each family welfare assistant distributes family planning methods to households every 2 months in her catchment area of approximately 4000 people. With supervisory mechanisms established, the success of the program was a result of its coverage and intensive follow-up approach. The program legitimised the use of modern contraceptive methods and lowered the cost of contraception; contraceptive prevalence increased from 8% in 1970s to 62% in 2011. The delivery of family planning services to households has been the most important innovation behind fertility reduction in Bangladesh, enhancing contraceptive uptake and altering societal attitudes regarding small families. Evidence suggests that there is a sustained demand for family planning services with more women now obtaining contraceptives from pharmacies than those obtaining from government community health workers.

The oral rehydration program began in 1979 as a BRAC and government collaboration. BRAC trained oral rehydration workers to visit every rural household to teach mothers how to prepare home-based oral rehydration solution. The approach was based on the belief that teaching mothers would increase their capacity to manage children’s diarrhoea and de-medicalise treatment. The program was monitored and assessed to identify weaknesses that could be addressed before scale-up. During scale-up, workers were organised into a system with strong supervision, supervisor accountability, and local autonomy. Innovative management strategies were used, such as the incentive salary system, which aided improved management of the program. The use of oral rehydration solution for diarrhoea increased nationally from 1% of all cases in the 1980s to 40% in 1993; the proportion of under 5 deaths attributed to diarrhoea has decreased with almost a fifth of deaths between 1988 and 1993 due to diarrhoea compared to 2% during 2007-11.

The expanded program on immunisation (EPI)

The EPI is Bangladesh’s largest single contributing factor to reducing under-5 mortality through community-based outreach. In 1985, the national immunisation strategy and program were given extensive funding and technical support from donors, with a target to achieve universal childhood immunisation by 1990. The delivery of vaccines was integrated into the primary health care system and immunisations were given by government community health workers (health assistants) through an outreach system. The program required the community to contribute facilities to accommodate outreach vaccination services. Immunisation coverage increased from less than 2% in 1985 to 82% in 2010. Almost 90% of immunisations were provided by government outreach services, with NGOs playing an important role in mobilising communities to attend EPI services. Community mobilisation was critical, particularly in support of national immunisation days, which have been running since 1995 for distributing oral polio vaccine and vitamin A tablets.

Lessons and directions for the future

Bangladesh has adopted innovative approaches, policies, and technologies relevant to the country’s changing needs. Further innovations are required, however, to sustain progress made and to manage future health challenges. A key challenge, for example, is the diverse training, capabilities, support, and supervision of community-level workers depending on which establishment is responsible for them; there are various community health workers trained to manage acute disorders but these different CHW programs lack coherence with regard to training and remuneration. In addition, community health workers will need to be trained in different preventative and curative approaches to address ageing and chronic and coexisting disorders.

What do you think might be factors that contributed to the effectiveness of CHW programs in Bangladesh? You might like to review the factors discussed in the previous step and consider if they might be relevant in this context.