The Narrative of Youth Battle Stories from Japan

This article discusses the narrative patterns of youth battle stories in Japanese subculture, including anime and manga.
© Keio University

Wars and battles, regrettably, have not been eradicated from the surface of the earth yet, and we may encounter such fierce combats as those faced by the heroes of the battle narratives, yet with none of their superpowers.

We do have ample opportunity to experience more peaceful competitions, of course. In either case, the results are not foreseeable while the competence of the enemy or the opponent would be various, and it would also be difficult to predict exactly how many of them we are to encounter during our lifetime.

The Structure of the Battle Narrative and ‘Power Inflation’

The battle narrative as an artificial construction, on the other hand, cannot allow such haphazardness; it has its own ‘grammar’ or ‘poetics’ to entertain or persuade the audience. The hero therefore is expected to eventually beat the enemy or the opponent; if he/she loses, his/her survival is essential and the experience should serve as a lesson for his/her further growth; and to keep the narrative tension, the next enemy or opponent should always be stronger, more skillful, or more difficult to beat, than the previous ones.

This is a phenomenon well known to Japanese manga/anime fans as ‘power inflation’, which is a logical consequence of the poetics of battle narrative. While it should depict different types of battles in order to keep the audience’s attention, the hero’s growth, a necessary element for him/her to remain attractive, tends to be indicated chiefly through successive victories. What is more, this process cannot be terminated as long as the story continues. A case in point is of course Dragon Ball, which started as a quest-adventure narrative but its martial art elements invited a turn toward battle narrative[fig.1]. Goku, originally an agile boy with good martial art skills, ends up as a superman who could destroy a planet (and in recent anime films and television series, supervised by TORIYAMA Akira himself, he transforms into a semi-god who could vie with a god of destruction) so as to cope with formidable enemies one after another. 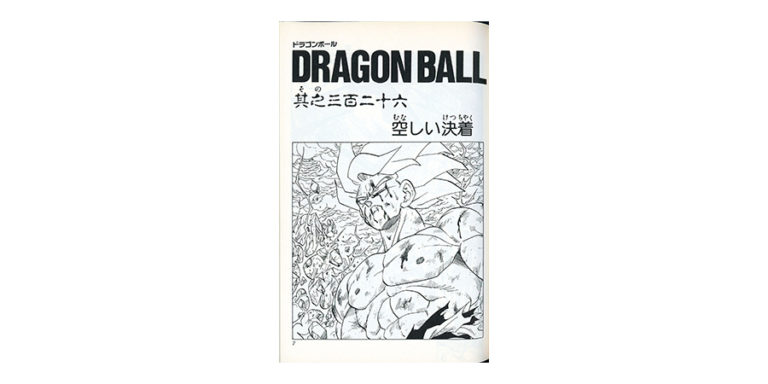 Still Get Higher: The Function of the Tournament System

This type of narrative, in other words, adopts the ‘tournament’ system, in which the participants struggle to get through a series of successive competitions to be the champion. As we have seen in Step 2.11, this is precisely why the National High School Baseball Tournament has a strong affinity to battle narratives. And if the battle scenes are set in a sports-like tournament style, the story can reach the termination when the protagonist wins the final match and becomes the champion. Narratives focusing upon students can draw on still another device for termination: their graduation from school. Japanese high and junior high school students, usually, spend only three years in school; three years’ time limit is thus imposed on them for achieving something. In terms of narrative effect, therefore, it would produce the most intensive catharsis if the protagonist achieves his/her goal when he/she is in the third grade, after failures in the previous two years, and graduates.

A recent example with this type of ending is Dear Boys (1989-2016 in Weekly Shonen Magazine) by YAGAMI Hiroki. The protagonist Aikawa Kazuhiko has been transferred, like Tsubasa in Captain Tsubasa, to Mizuho High School to find its basketball team suffering from the shortage of members and the lack of spirit. With the efforts of Kazuhiko, who was in fact the ace player of the then best high school baseball club in Japan, Mizuho high basketball team revives and within a year, attains the championship of the All Japan Interscholastic Athletic Competition, just before the main members’ graduation[fig.2]. When put within the Japanese school system, the tournament-type narrative, with the close correspondence between the competitions and the students’ seasonal and yearly cycles, exhibits its ability most fully. 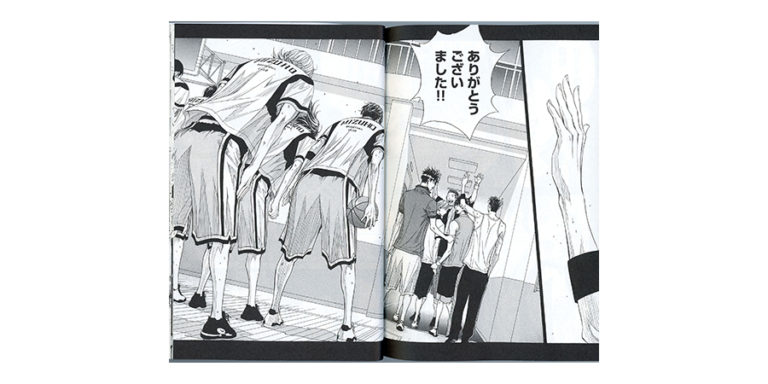 Some sports, however, require the heroes to step out of the boundaries of school education and become professional players: baseball, football, boxing, tennis, and so on, which have their own respective professional leagues in Japan. If this option is chosen, the whole structure of the narrative should change; for professional players, one victory or one defeat does not decide their entire career, and competitions will continue as long as they play: it is an endless series of competitions, with good and bad results. In MIZUSHIMA Shinji’s Dokaben, Yamada Taro, his teammates and his rivals go on to the professional leagues, continuing their baseball competitions, but the emphasis is certainly shifted as the poignancy of time limit restricting high school students is lifted altogether.

For Makunouchi Ippo in Hajime-no Ippo (Ippo’s First Steps, or Fighting Spirit, 1989 to present in Weekly Shonen Magazine) by MORIKAWA Joji, the story is different because he, from the beginning, dives into the world of professional boxing[fig.3]. His achievement of the championship title has been delayed perhaps because of the work’s popularity, but the readers understand that Ippo’s struggles will continue as long as he fights, until he cannot box anymore. 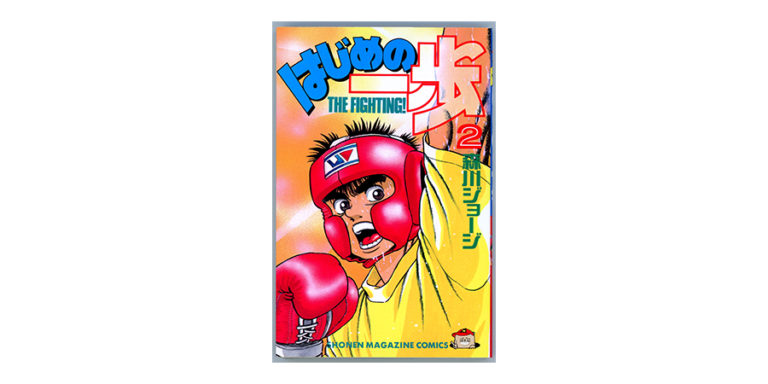 Similarly, the readers acquainted with professional tennis matches are wondering, with high expectations, how Baby Steps (2007 to present in Weekly Shonen Magazine) by KATSUKI Hikaru is to depict its protagonist Maruo Eichiro’s career: he was a complete beginner when he started playing tennis, but with his meticulous analyses and efforts becomes able to cope with his rivals, and eventually chooses a life of a professional tennis player[fig.4]. With no formal termination, these works have to seek conclusions different from other battle narratives of students. 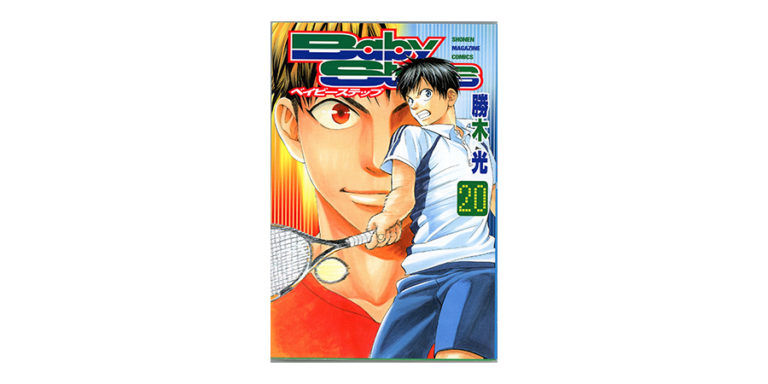 The Growth and the Contradictorily Corresponding Immaturity of the Heroes

In battle narratives, the ‘growth’ of the heroes is usually indicated by the victories they achieve or by the improvements in their physical strength or skills through intensive training: their growth is shown metaphorically. But this metaphorical growth never ends, since when it ends, the story also draws to a close. They in consequence always remain ‘weak’ or ‘immature’ in comparison with their ever stronger enemies. On the other hand, they rarely ‘mature’ physically and mentally, because in the narrative they are usually kept young as the protagonists of stories for youth. Thus both on the structural level and on the narrative level, the young protagonists in battle narratives are destined to remain ‘young’, ‘weak’, and ‘immature’. We enjoy and consume their struggles and the myth of youthfulness by reading and watching such stories; but perhaps more importantly, we might identify ourselves with those youth heroes and thereby vicariously experience the poignancy, desperateness, exhilaration, and delights that characterize youthful competitions, feelings that mark our loss of, or lost, youthfulness.