One of the most common forms of sculpture we encounter are monuments. In this article, Dr Maddie Boden explains the critical discussion on monuments. 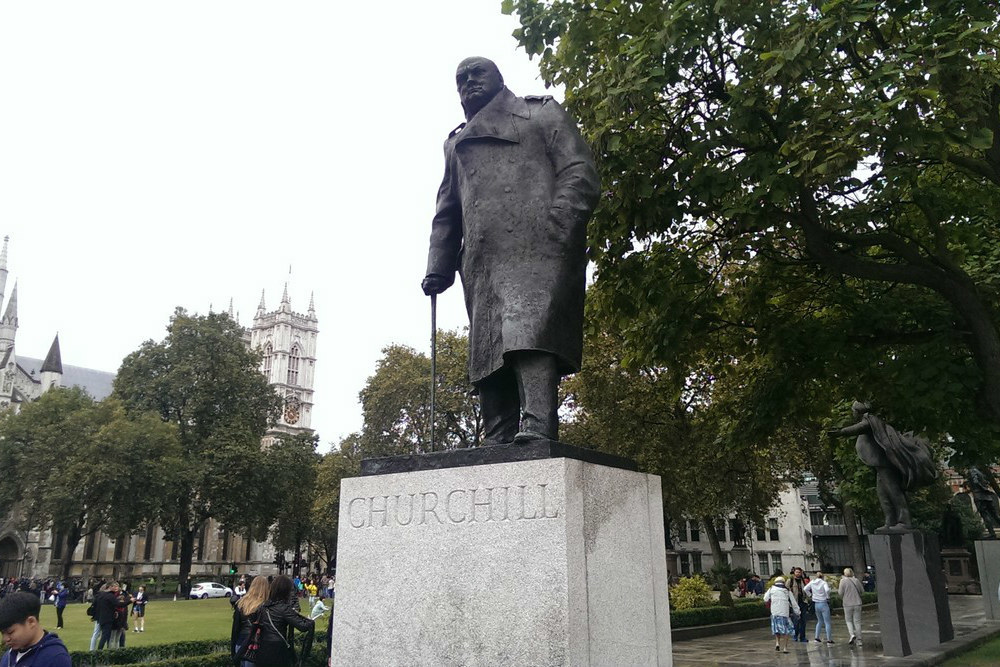 This is the opening scene from Sergei Eisenstein’s film, October (1928) which depicts the events of the Russian Revolution (watch from 02:16 to 4:30).

In both clips, statues that commemorate state leaders (Tsar Nicholas II in the first clip and Saddam Hussein in the second) are toppled during a period of revolution. These are symbolic acts intended to show the people taking back control from these leaders. But how did statues come to be such an important symbol of the state and power?

These two statues are a type of sculpture known as monuments. A monument is a sculpture, a group of sculptures or sculpture integrated with architecture explicitly created to commemorate a person or event. The most common types of monuments are political and historical statues like the Tsar and Hussein, funerary monuments and war memorials. Monuments are a significant part of the sculptural landscape in many cities and towns. You might have seen a monument in your local park, the plaza of a city you’ve visited or statues inside churches and cathedrals commemorating those who are buried there.

The vast scale of monuments in urban centres was the result of a programme of commissions and erection that took place in the eighteenth and nineteenth centuries. However, in our period, different ideas about sculpture and its relationship to commemoration began to emerge.

Monuments that commemorate political and civic leaders or events from wars are bound up in the complicated issues of historical narratives, memory and collective trauma. In recent weeks, there has been international debate over the removal of statues that commemorate periods of imperialism and slavery in countries such as the USA and UK. Most notably, a statue of Edward Colston was brought down in Bristol and the University of Oxford moved to remove a statue of Cecil Rhodes from their campus. This issue has captivated many, particularly young, people and sparked intense debate – demonstrating how important sculpture is in our daily lives!

The new generation of sculptors who grew up during the First and Second World Wars, the dissolution of European empires and the strict totalitarianism of some governments were confronted by the lies that monuments told. The power of traditional monuments suggests completeness, or a false sense of closure. That monument suggests that we’ve done what needs to be done; we’ve worked through the issues and they are now in the past. Going back to our first examples, Tsar Nicholas and Saddam Hussein were two authoritarian leaders who were deposed by popular uprisings. Before they were defeated, their statues served to symbolise themselves and glorify their politics and decisions, leaving out the uncomfortable realities of the situation.

Anti-monumentalism or counter-monuments developed as an opposition to monumentalism. These are works of art that reject the notion of a monument as an elitist emblem of power.

Let’s look at a famous example of an anti-monument. 2146 Stones – Monument Against Racism (1993) by the conceptual artist, Jochen Gerz (b. 1940) is a Holocaust memorial. Holocaust memorials are some of the most challenging sculpture in our world. Many artists chose to reject the conventions of the past, conventions that had led to the war and immeasurable suffering, when they made their commemorations.

2146 Stones – Monuments Against Racism explicitly pushes back against many of the established norms surrounding monuments. Gerz started the project by asking local German Jewish communities to compile a list of Jewish cemeteries that operated before 1933. In the night, he and a group of students removed the cobblestones from the courtyard of the Saarbrücken Castle in Saarland, which had been the Nazi administration headquarters. Gerz engraved the names of the Jewish cemeteries on every stone and then returned them to the castle. However, the writing on the stone was placed face down, so the appearance of the square remained unchanged. Gerz was not asked to create this piece and therefore his actions were illegal. After the fact, the monument was legalised by the regional parliament and the square was renamed The Square of the Invisible Monument.

How is this an anti-monument? Gerz’s work does not present a political ideology or a narrative about victory. There are no grand historical figures or images that symbolise the war or its victims. During their regime, the Nazis used monuments as propaganda and way to spread their ideology. Therefore, Gerz and other artist felt that a classical monument to honour the Nazi’s victims would be wholly inappropriate. Instead, they developed new forms and ideas that kept the memory of the victims alive and asked viewers to confront the atrocities committed. The face-down cobblestones suggest burial, but they also create a sense of emptiness. We know there is a memorial to the victims in this place, yet we cannot see it. This feeling of emptiness might leave the viewer feeling uncomfortable, but for Gerz, that is precisely the reaction he wanted to provoke.

The anti-monumental trend continued through much of the twentieth century. During Rodin’s lifetime, most sculptors made their living through state commissions for monuments. A consequence of the anti-monument sentiment was that sculptors could now sell works that had nothing to do with commemoration. Most of the modern sculptures in the University’s art collection are not connected with specific people or events.

We still live with monuments in our daily lives. What role do you think they play in learning about history? Are there any other examples of anti-monuments that you’ve seen? How are they different to a conventional monument? Do you think there are other historical events such as a war or revolution that should have an anti-monument? What would it look like?