Find out more
Home / Creative Arts & Media / Modern Sculpture: An Introduction to Art History / The University’s campus development plan: what does it mean for the sculpture?

The University’s campus development plan: what does it mean for the sculpture?

How does the campus expansion effect the University's art collection? In this article, Dr Maddie Boden discusses how the campus is growing. 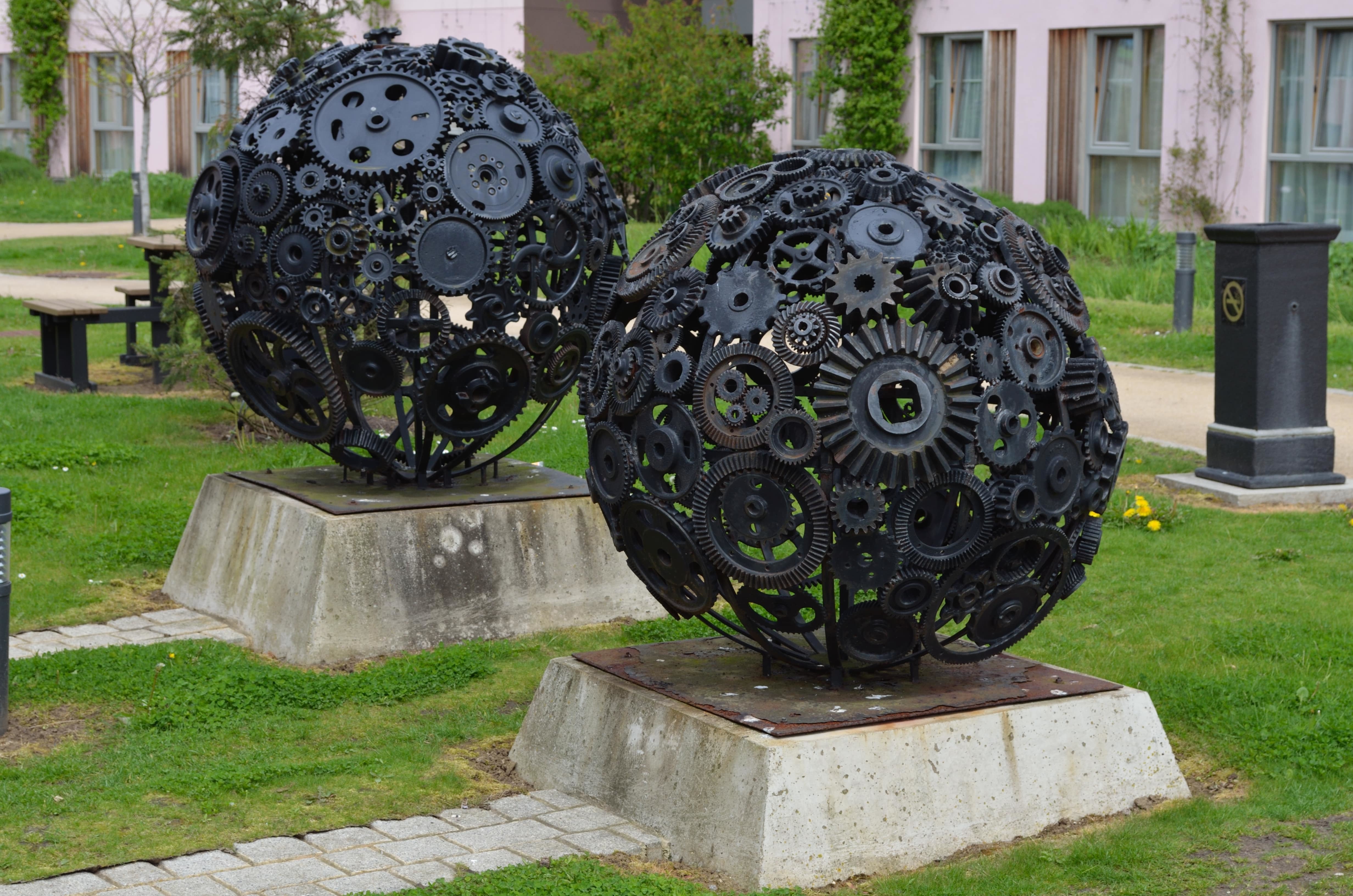 When the University of York was founded in the 1960s, its footprint was a single area surrounding Heslington Hall known as Heslington West campus, with the exception of the existing King’s Manor in the city centre.

However, as York grew, accepting more students and opening new departments, there was a pressing need to create more space. The University created a development plan, a forward-looking strategy that seeks to expand the campus through new buildings and refurbished spaces. The most significant part of this plan was the creation of a new campus, known as Heslington East, a short distance from Heslington Hall and connected by a paved road.

The campus development plan is inherently tied to the founding principles of the university, which we looked at in detail in the first week. These include:

The campus development plan also takes into consideration issues that weren’t relevant during the original construction period. For example, the plan accounts for the use of sustainable building materials, protections for wildlife, and energy-efficient solutions to run the building. Another issue is accessibility; many of the buildings on the original campus had to be retrofitted with accessible toilets, lifts and other provisions.

How does sculpture contribute to campus development? As we’ve seen in several examples on Heslington West campus it can tie the university’s history and principles together. Here’s one example of a sculpture that is displayed on the new Heslington East campus, outside Goodricke College. Algol by Harry Mercer was commissioned in 1968 in honour of the York-born astronomer, John Goodricke. The intricate cogs and wheels that form the surface of the two hollow globes are a reference to the machine that Goodricke developed as a means of measuring the brightness of stars. Algol is the name of the star, found in the Perseus constellation, that he first observed in 1782. 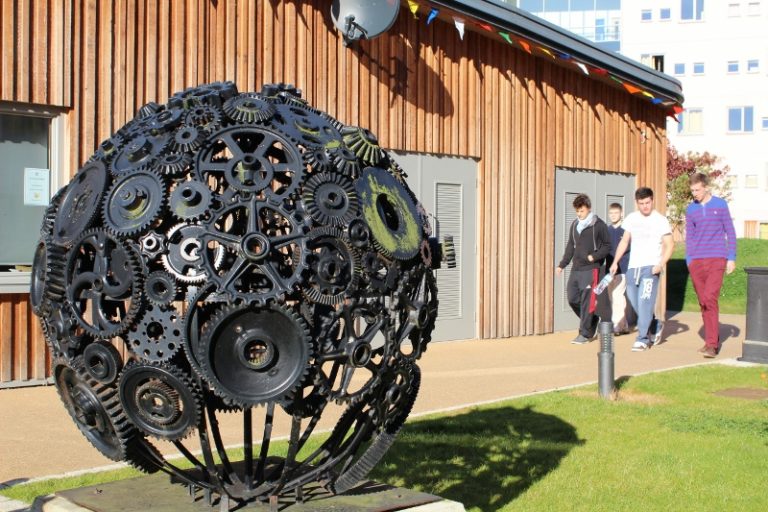 Goodricke College is named in honour of this famous York citizen, like many of the other colleges on campus. However, the college originally existed on Heslington West campus, where James College stands today. As the University expanded, development leaders took the decision to ‘move’ Goodricke (in name only!) to Heslington East. The sculpture is tied to its namesake and therefore moved to the new campus as well. Its presence on Heslington East ties the old and new campuses to one another, giving a sense of historical continuity through a sculpture that has always been situated within Goodricke College.

This is an example of old moving with new. However, campus development also presents an opportunity for the University to grow its sculpture collection. In the next step, we’ll learn how the University can acquire a new piece of art.

Do you think the campus development plan affects the University’s founding principle of integrated learning, living and teaching spaces? How can art contribute to making the two campuses feel like ‘one’ University?