The Basic Accounting Principles and Guidelines

In this article, we describe the main accounting principles that companies must follow when reporting financial data. 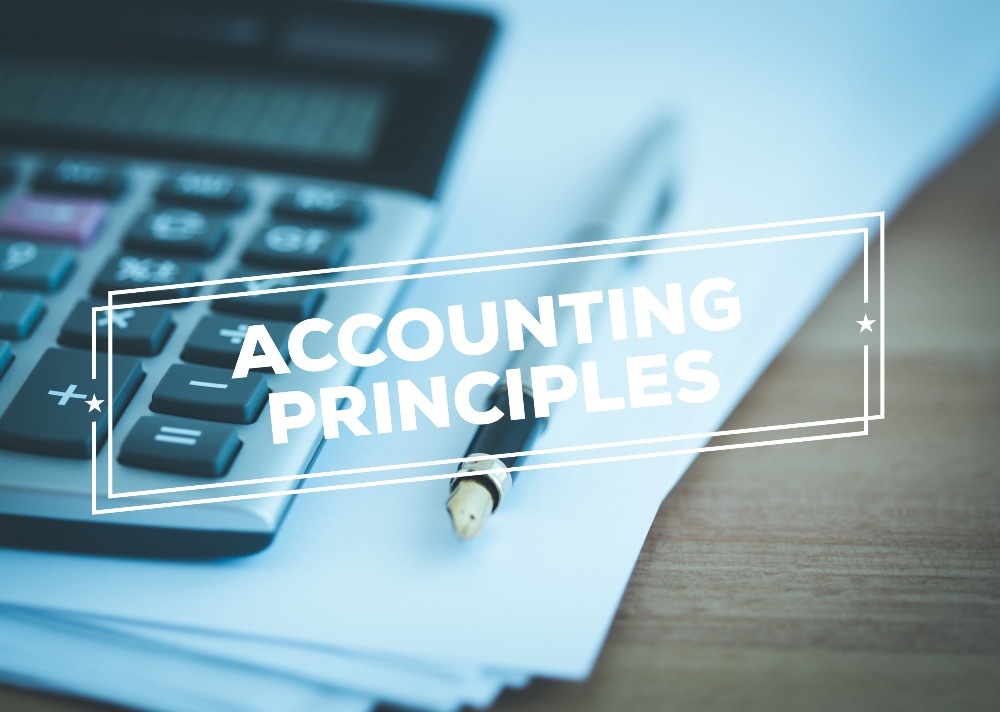 From an accountant’s point of view, the term cost refers to the amount spent (cash or the cash equivalent) when an item was originally obtained, whether that purchase happened last year or thirty years ago. For this reason, the amounts shown on financial statements are referred to as historical cost amounts. Because of this accounting principle asset amounts are not adjusted upward for inflation. In fact, as a general rule, asset amounts are not adjusted to reflect any type of increase in value. Hence, an asset amount does not reflect the amount of money a company would receive if it were to sell the asset at today’s market value. (An exception is certain investments in stocks and bonds that are actively traded on a stock exchange).

This accounting principle assumes that a company will continue to exist long enough to carry out its objectives and commitments and will not liquidate in the foreseeable future. If the company’s financial situation is such that the accountant believes the company will not be able to continue on, the accountant is required to disclose this assessment. The going concern principle allows the company to defer some of its prepaid expenses until future accounting periods.

This accounting principle requires companies to use the accrual basis of accounting. The matching principle requires that expenses be matched with revenues. For example, sales commissions expense should be reported in the period when the sales were made (and not reported in the period when the commissions were paid). Wages to employees are reported as an expense in the week when the employees worked and not in the week when the employees are paid. If a company agrees to give its employees 1% of its 2018 revenues as a bonus on January 15, 2019, the company should report the bonus as an expense in 2018 and the amount unpaid at December 31, 2018 as a liability – the expense is occurring as the sales are occurring. Because we cannot measure the future economic benefit of things such as advertisements and so we cannot match the ad expense with related future revenues, the accountant charges the ad amount to expense in the period that the ad is run.

Under the accrual basis of accounting as opposed to the cash basis of accounting, revenues are recognized as soon as a product has been sold or a service has been performed, regardless of when the money is actually received. Under this basic accounting principle, a company could earn and report €20,000 of revenue in its first month of operation but receive €0 in actual cash in that month. For example, if ABC Consulting completes its service at an agreed price of €1,000, ABC should recognize €1,000 of revenue as soon as its work is done—it does not matter whether the client pays the €1,000 immediately or in 30 days. Do not confuse revenue with a cash receipt!

Because of this basic accounting principle or guideline, an accountant might be allowed to violate another accounting principle if an amount is insignificant. Professional judgement is needed to decide whether an amount is insignificant or immaterial. An example of an obviously immaterial item is the purchase of a €150 printer by a highly profitable multi-million company. Because the printer will be used for five years, the matching principle directs the accountant to expense the cost over the five-year period. The materiality guideline allows this company to violate the matching principle and to expense the entire cost of €150 in the year it is purchased. The justification is that no one would consider it misleading if €150 is expensed in the first year instead of €30 being expensed in each of the five years that it is used. Because of materiality, financial statements usually show amounts rounded to the nearest dollar, to the nearest thousand, or to the nearest million euros depending on the size of the company.

If a situation arises where there are two acceptable alternatives for reporting an item, conservatism directs the accountant to choose the alternative that will result in less net income and/or less asset amount. The basic accounting principle of conservatism leads accountants to anticipate or disclose losses, but it does not allow a similar action for gains. For example, potential losses from lawsuits will be reported on the financial statements or in the notes, but potential gains will not be reported. Also, an accountant may write inventory down to an amount that is lower than the original cost, but it will not write inventory up to an amount higher than the original cost. Conservatism is defined asthe asymmetric recognition of losses over gains, due to the immediate expense of certain costs as they incur, while gains recognition is deferred until they are realized. 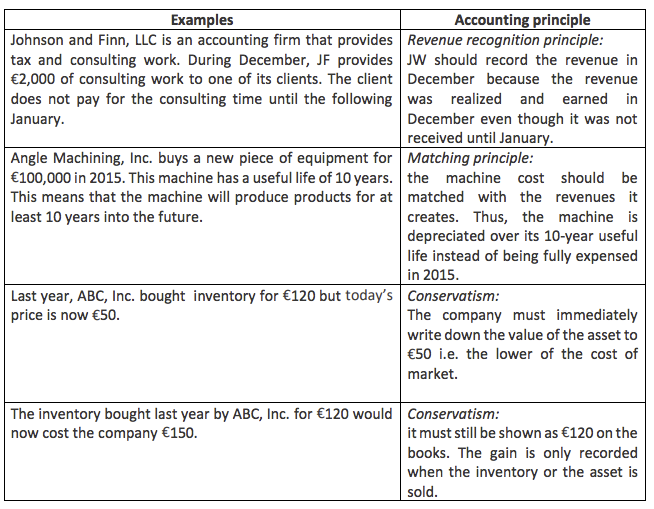