There are three passive transportation methods - diffusion, facilitated diffusion and osmosis. Explore what they are in this article. 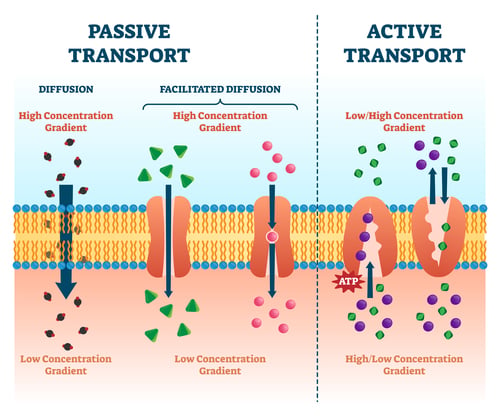 Passive transport requires no additional energy. It could be compared to a ball rolling down a hill.

Passive transport mechanisms cause water and dissolved substances to move without using additional energy. There are three main passive methods:

Diffusion is a passive process which means it does not require energy. Small particles diffuse faster than large ones. Eg substances like oxygen, carbon dioxide and glucose move in and out of cells by diffusion.

The greater the difference in concentration, the faster the rate of diffusion. 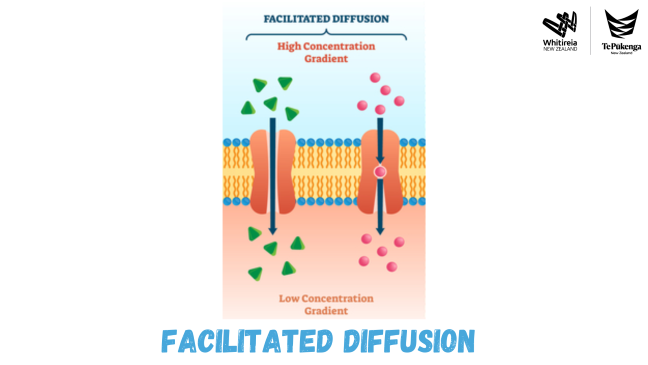 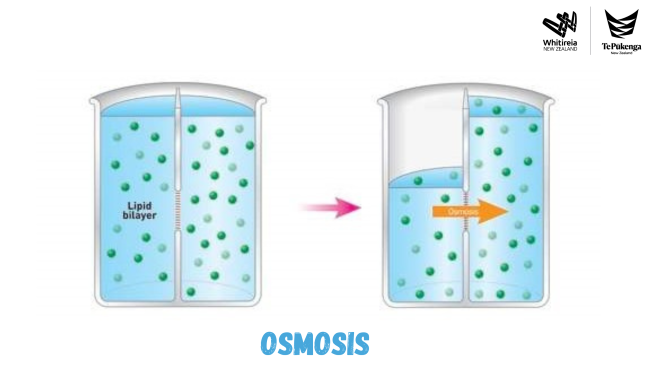 When there is no longer any movement of water, osmotic equilibrium is reached. Cells can usually maintain the correct composition of fluids by osmoregulation.

Tonicity is the concentration of a solution as compared to another solution. Concentration describes the amount of solutes dissolved by a solution. The way cells react depends on the surrounding solution.

In blood cells and bacteria, the cell bursts when it is placed in a solution that is more dilute than the cell contents. This occurs because water enters freely by osmosis. In blood cells this is known as haemolysis. The effects of different surrounding concentrations on blood cells are illustrated below. 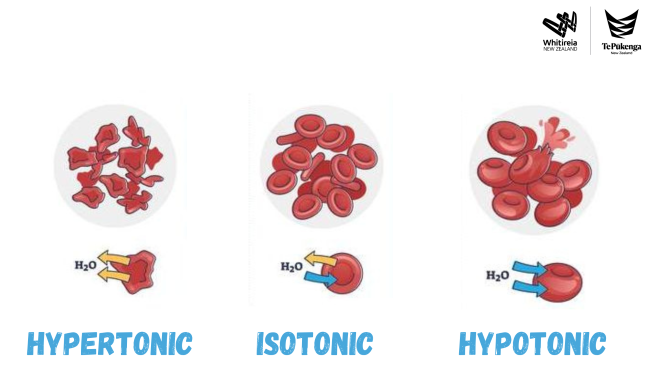