How is XR represented in mainstream culture?

In this article, we explore how XR is represented in mainstream culture and cover some key myths about the medium. 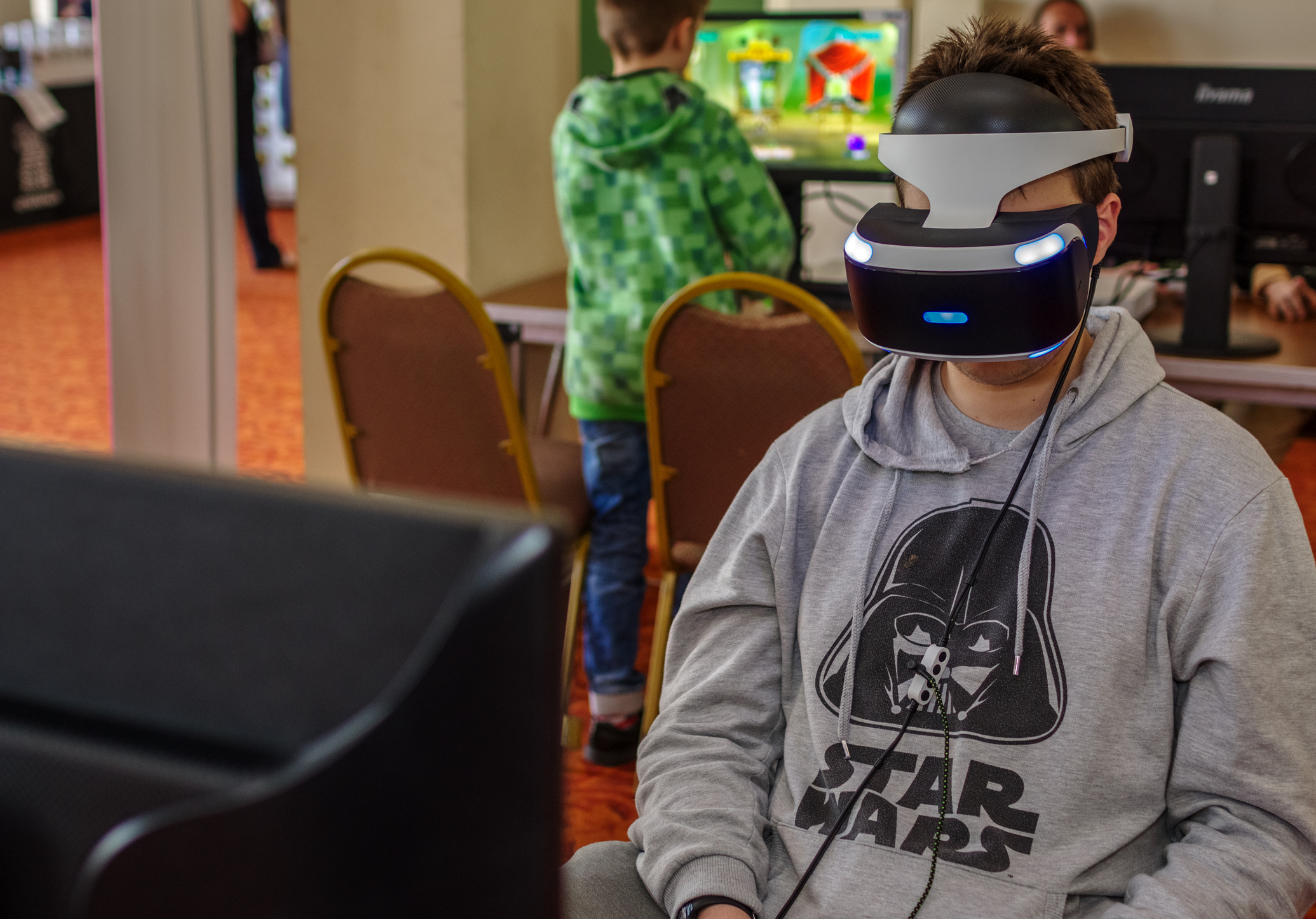 In this step we’ll explore how XR is portrayed in popular culture.

To work in XR, it’s important to be aware of how your audience perceives the medium. Unlike other forms of media, most people may have never experienced immersive tech. This means their perception may come from external sources like newspapers, TV, films, social media and friendship groups. They may have expectations, stereotypes, excitement and concerns. Let’s dig a little deeper into what these (mis)representations consist of – and what the true story is. A word of caution: these perceptions contain a lot of myth and not much reality!

Myth one: Immersive media is a technology, not an art form

AR and VR both utilise technology and media. However immersive experiences are associated much more with -technology- than art or culture. When AR or VR get covered in the news it’s almost always a tech story. Even the Oxford English Dictionary definition of virtual reality refers solely to technology:

“Images and sounds created by a computer that seem almost real to the user, who can interact with them by using sensors – “the use of virtual reality in computer games” – “Virtual reality uses computers to create a simulated three-dimensional world.” Topics: computers”

It is, of course, a dictionary’s job to reflect public discourse and meaning, rather than lead. But that doesn’t stop this definition feeling strange from a creator’s perspective. To the growing community of immersive media makers, thinking of AR and VR as just technology misses the point. It’s like if cinema was focused on cameras and projectors or if sculpture was just about stone and chisels.

Myth two: VR is something that only gamers do

When nearly all consumer-facing VR headsets on the market are geared for VR gaming, it is no surprise that the public has reacted to this marketing with the assumption that ‘VR is just for gamers’. Whilst the main use case for headset owners is VR gaming (according to Statistica), there are many other uses and communities of creators making all sorts of content. From immersive mindfulness to live VR clubbing, there is great growth in VR across many industries, some of which you’ve also seen in this course. A study titled Immersive Formats for Future Audiences, authored by our expert Catherine Allen of Limina Immersive, goes through dozens of popular non-gaming use cases.

Myth three: Immersive tech is always of the future, just like in the movies

Firstly, AR and VR never seem to feature in movies set in the present day. Popular science fiction movies, however, have involved immersive tech for decades. If you are writing a sci-fi film, it verges on cliché to make sure it includes some AR and/or VR. Seen Blade Runner, Ready Player One, The Matrix or Minority Report? These films are sometimes the only reference point for many people when it comes to the medium of XR. Alternate realities are a fascinating philosophical concept, narrative device and signifier of the future, so you can see why they get so much attention in sci-fi. However, these films also tend to be dystopian. This can affect how the public feels about adopting this new technology, as it can be synonymous with negative topics like state control, addiction, brainwashing and a detachment from our bodies and nature. When you are making immersive experiences it is good to be aware that using AR/VR devices for some people comes with these negative connotations and fears about the future.

Myth four: AR/VR is incredibly advanced in a way most people will never understand

Perhaps due to the focus on AR and VR being advanced technologies rather than just another form of media, there is a public view that making and experiencing immersive tech is very complex, and not something most people are capable of. Limina Immersive’s focus groups with VR audience members over several years have found this assumption to be fairly persistent. However, millions of people use AR every day on Snapchat and Instagram, in the form of filters. Many people will not even realise they are avid AR users. This is an example of the stereotypes above coming to fruition. Indeed it has taken a global pandemic for many to take the plunge and purchase a VR headset, to the point that demand is now precluding access. The ‘niche’ perception is being chipped away at, but there is still a way to go.

Exploring these four myths, we can see that the public view of XR is not particularly aligned with the present-day sector. For you, as a potential creator, or someone interested in this field, there is a consistent need for audience research and understanding. The first step is having a strong and up to date grasp of public perception in order to build use cases that answer a need, and subsequently help to de-mystify XR technology.

Digital Catapult in the UK is a great resource for information on the growth of immersive technology as well as audience research. Here is some more research they published on evaluating user experience. Evaluating immersive user experience and audience impact