As we’ve seen in previous Steps, the results were problematic when the Noguchi Room was dismantled and partially reconstructed. However, precisely because the Ex-Noguchi Room had its meaningful relationships stripped away, it has taken on new value as a focal point that helps people think about preservation of cultural properties. We’ll look at this in more detail in Week 2.

Is the history of the Noguchi Room really useful for protecting other cultural properties? The answer is “Yes.” In one case, the lessons learned from the Noguchi Room were applied to preservation of other buildings at Keio University. The problem centered around a group of dormitories on the Hiyoshi Campus. These buildings were designed by Yoshiro Taniguchi, just like the Second Faculty Building which housed the Noguchi Room. First, let’s lookat the architecture of these dormitories in a little more detail. 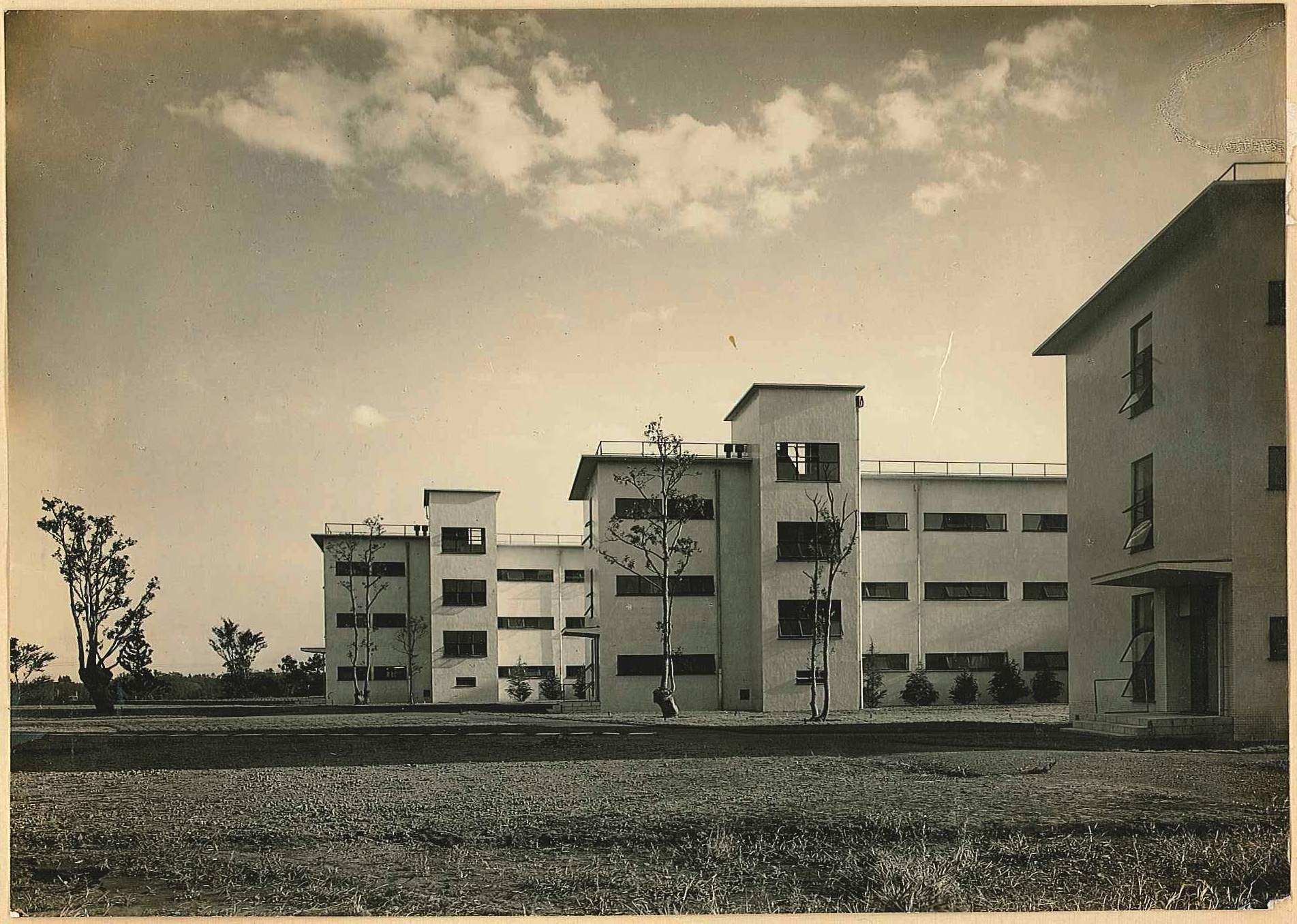 In 1930, Keio received an offer of land from Tokyo Yokohama Dentetsu (Tokyo Yokohama Electric Railway), and built a campus in Hiyoshi (located in Kohoku-ku, Yokohama City, Kanagawa Prefecture). While working on Yochisha at Tengenji, Taniguchi also took charge of the design of these dormitories, which were completed in 1937. The three dormitories, North, Middle, and South, are constructed of reinforced concrete. The high-ceilinged rooms have broad windows and southern exposure, and were equipped with built-in furniture and panel heating (underfloor hot water heating). The exterior was finished simply with tile, and continuous windows and handrails created a linear rhythm. This reflected the design principles of modern architecture which were cutting edge at the time. The dormitories were praised at the time as “best in the orient” due to their design and facilities.

However, these buildings were only used for their original purpose, as dormitories, for less than seven years. During the war, they were requisitioned for use as headquarters of the Combined Fleet, and after the war, they were used by the U.S. military which occupied Japan. The distinctive, circular Roman bath was covered over and used as a bar and dance floor. Even after they were returned, the buildings other the Middle Dormitory were not used, and they were left in an almost abandoned state.

North Dormitory in 2019. After return by the U.S. military, the dormitory was not used, and it remains in an abandoned state as of 2020 ©Keio University Art Center, Photo: Ryota Atarashi

Against this backdrop, an improvement project for the area around the abandoned dormitories was considered in 2010. Taniguchi’s architecture was involved again, and the situation evolved like the Noguchi Room, but the outcome was completely different. Unlike the Noguchi Room, where the problem surfaced after submission of competition plans for the new law school building, an advisory committee was formed at the beginning for the dormitory problem. The committee members included both experts from Keio and from outside the university, and they were asked for their opinion.

In the case of the Noguchi Room, the dismantling decision was made without first listening to the opinions of experts. Therefore, it was impossible to preserve the original condition of the room, and many problems arose in the process of dismantling and reconstruction. This experience served as a valuable lesson when dealing with the dormitories. There was a major change in attitude by the administration. Instead of the administration deciding on demolition in response to building deterioration, the committee considered the history and value of the building, and took the time to discuss the most appropriate approach.

Among their recommendations, the advisors indicated top priorities for dealing with dormitory deterioration: safety of facilities, and ensuring/maintaining comfort and functionality. They also stated that the buildings have extremely high value due to Taniguchi’s place in the history of modern architectural design, and their role in the modern history of Japan due to their use as military facilities. This was the moment when the groundwork was laid for sharing the value and memory needed to preserve cultural properties. 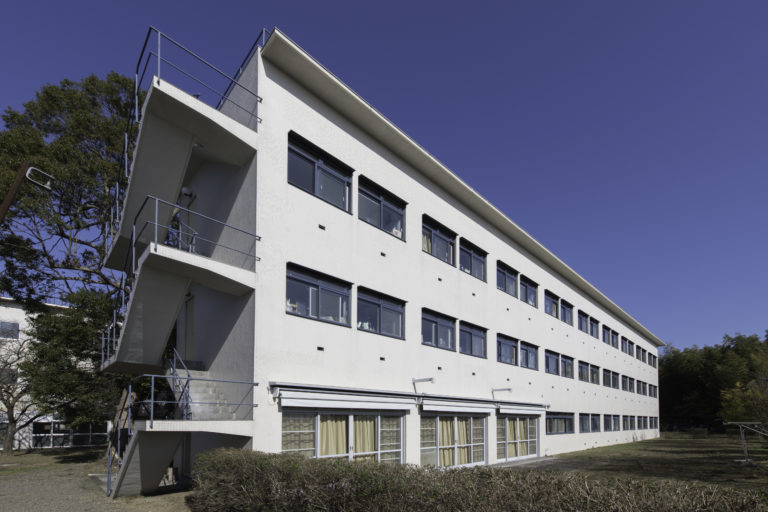 The administration suggested an approach of renovating the South Dormitory close to its original condition, moving in student residents, and then demolishing the remaining two buildings, but the advisory committee recommended simultaneously preserving all three buildings. In the end, financial concerns and other factors played a role, and it was decided to keep the North and Middle Dormitories in their current condition. This was perhaps a positive outcome, leaving open the possibility of future renovation.

What happened to the Noguchi Room was a tragedy for the Noguchi Room, but the loss was not in vain because the lesson was applied in preserving the architecture of the Hiyoshi Dormitory. This was a real-world problem at Keio, and by generalizing the basic principle, we should be able to preserve buildings at other universities, and in ordinary life.