Find out more
Home / Creative Arts & Media / Writing / The Art of Washi Paper in Japanese Rare Books / What is paper?

This article offers a brief definition of paper, where it came from, and what materials are not actually paper. 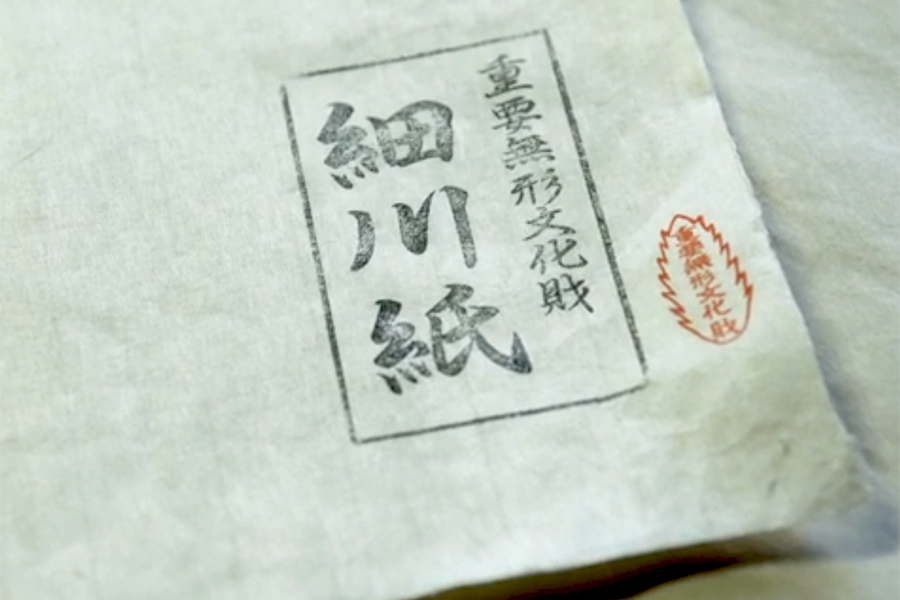 Unlike other cultures which employed materials such as papyrus, bamboo, wood, parchment, etc. in their writing culture; Japan, from the offset, used paper.

The introduction of paper to Japan was more or less contemporaneous with the formation of a unified Japanese state. While examples of writing on wooden tablets survive, there was no true standard method for writing prior to this.

This is something to keep in mind when considering the variety of papers used in Japan.

First of all, let us try to define paper. Paper originated in China. The eminent historian of Chinese science Pan Jixing defines paper as follows:

Paper is a medium used for such activities as writing, printing, and wrapping. The process through which it is made can be summarized as follows: first, plant fibers are extracted through a combination of human-made tools and chemical reactions; then, they are soaked in water to obtain a pulp; the water is then drained using a sieve in order to leave the cellulose on the sieve and form a wet paper membrane. After drying, the cellulose bonds together via hydrogen bonding to yield a thin sheet. [1]

The two operative words here are “plant fibres” and “hydrogen bonding”. Paper can be defined as a sheet of cellulose cells connected together via hydrogen bonding.

Plants fibres are not used as they are but first brought to their purest form.

The fibres are first separated in water and then allowed to bond together via hydrogen bonding. These two processes are indispensable for making paper.

The fibres are not joined together with adhesives but caused to bond together through a chemical reaction.

If you’d like to learn more about the art of Washi paper in Japan, check out the full online course from Keio University, below.