Skip main navigation
Home / Creative Arts & Media / Digital Media / Lights, Camera, Computer - Action! How Digital Technology is Transforming Film, TV, and Gaming / How VR and AR is changing how we engage with the past

In this article, we'll look at how the cultural heritage sector is using AR and VR technologies to grow their audiences. 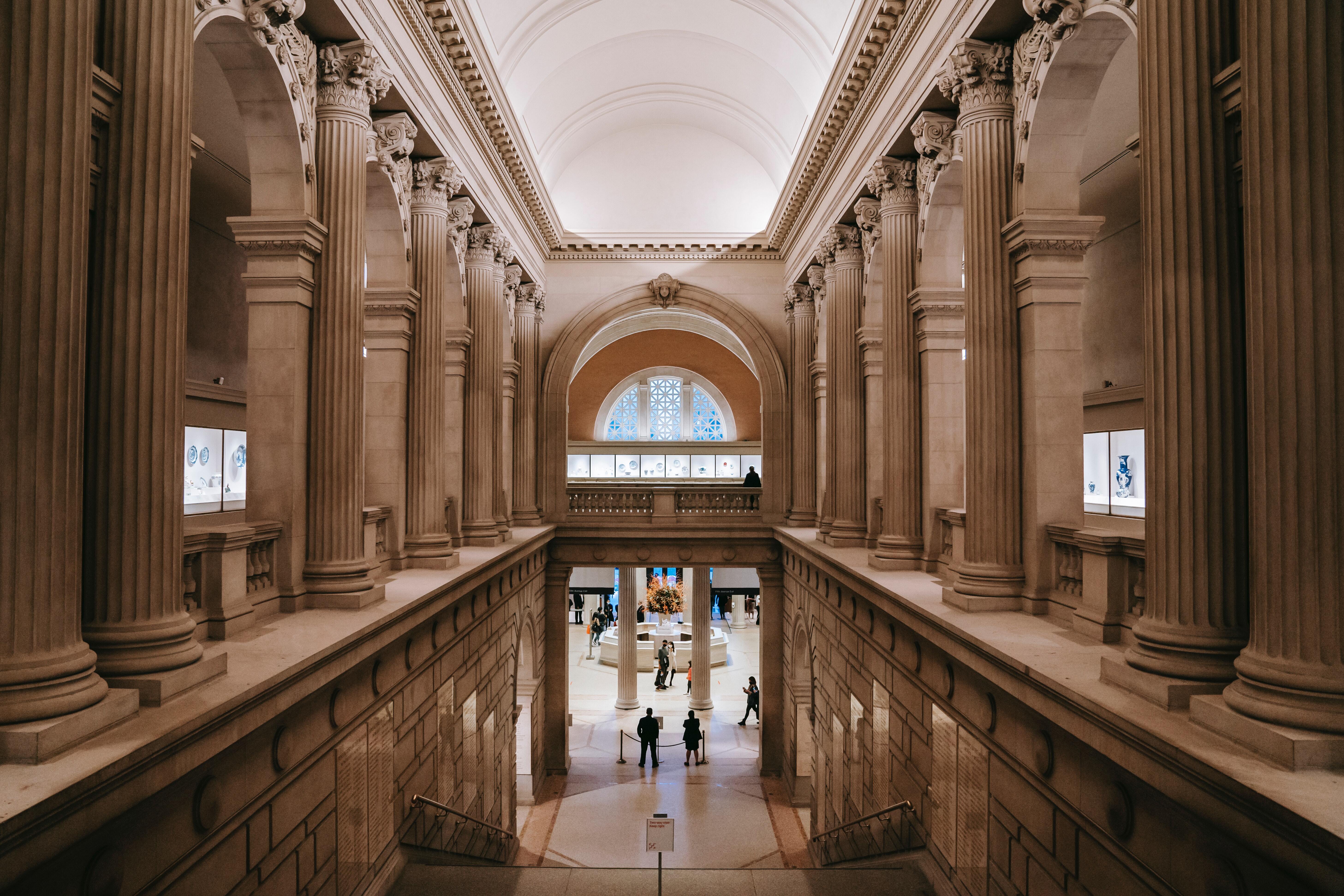 Over the last decade, the use of Virtual Reality (VR) and Augmented Reality (AR) within the Cultural Heritage sector has grown exponentially. In this step, we’ll briefly describe these technologies and introduce you to examples of their use today.

‘Experience VR’, which is often used to mean ‘fully immersive digital’, can be broken down into three distinct levels of user immersion:

Let’s look at each level in more detail.

This offers the lowest level of immersion and is also referred to as linear or 360 video. It is the most accessible and common VR experience within the Cultural Heritage sector. The virtual environment is viewed through a desktop or handheld screen with any interaction limited to the device being used and there is little sense of being physically present in the virtual environment being explored.

The British Museum’s virtual tour is an excellent filmed example. Digital reconstructions, such as the now demolished medieval Chapel of St. Stephen below, offer a similar user experience but require more effort to create, including extensive archaeological and historical research, and are more expensive to implement.

These systems have often been likened to a flight simulator or a large-screen movie experience. In single-user installations, such as the Etruscanning installation, user position tracking is needed to ensure the correct perspective is displayed. However, semi-immersive VR is more commonly implemented in GLAM settings (Galleries, Libraries, Archives & Museums) in its multi-user format.

Here large numbers of users can be accommodated simultaneously without needing to track their position. This technology forms the core of the Battle of Bannockburn Experience wherein one room visitors interact directly, via their gestures, with wall projections in order to train with the armies and in another, fighting scenes provide a 360-degree backdrop to a central multiplayer battle game.

This VR experiences are delivered via HMDs (head mounted displays) or CAVE(Cave Automatic Virtual Environment) technologies which block out the real world were introduced in the previous section and all aim through immersion and interaction to achieve a sense of telepresence that is, being present in a virtual environment, in users.

Based on over 1000 archaeological finds, the Viking VR experience combined the expertise of academics and museum staff to create four animated vignettes accompanied by a soundtrack including conversations in Old English and Old Norse. The scenes depict life in the Viking Great Army winter camp at Torksey, AD 872-873, and include ship repairs, metal working and board games. The VR headgear was built into a wooden handheld mask, based on the design of one of finds from Torksey and installed within a broader Viking exhibition. This provided over 80,000 museum visitors with the opportunity to use VR; for the majority, for the first time.

One application of CAVE technology currently gaining interest is the virtual classroom. These enable social learning experienceS as the virtual environment is projected onto four walls rather than isolating users within headgear. The 360 digital experience room at the University of York, was used to achieve this effect, as seen in image below, when a group of students applied and developed their digital skills through the creative reuse of the Borthwick Institute archives.

It is interesting to compare these with actual CAVE based immersive experiences such as the Lascaux caves in south-western France created c.15,000 years ago or their much more recent, artificial counterparts, the royal household tombs of ancient Egypt.

The development of free or low-cost creative platforms and rise in mobile phone ownership has made Augmented Reality (AR) a popular choice for GLAM institutions over the last ten years. Often deployed to provide visitors with additional information about objects and places in their care, AR has been used to great effect to recreate, and often then animate, lost elements like a building on ruins, or to even produce an x-ray effect as in the cut-away of 12th Century Carrickfergus Castle.

Recently AR has been deployed in more strategic and disruptive ways. The National Gallery in London used AR to digitally take items from the National Gallery, the National Portrait Gallery and the Royal Academy of Arts out of their usual settings, onto the streets of London to create an augmented gallery and put fine art in front of new audiences who, for a variety of reasons, would be unlikely to visit the institution itself.

Have you participated in any virtual reality/augmented reality experiences? If so – how did you feel about them? If you haven’t, are there any in the text above that you’d like to try? Or others you can find on the internet?