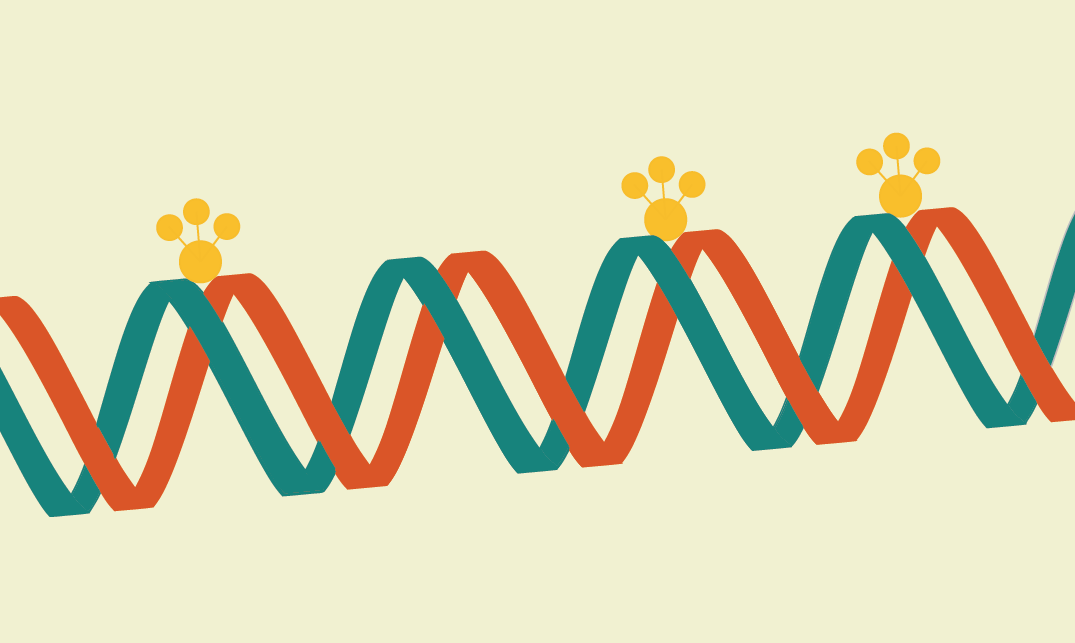 Epigenetics is the science of how our biology is influenced by our environment. Our genetics, that is our DNA, is something we largely inherit from our parents. However, emerging evidence over the last few decades have suggested that experience also plays a large role in our biological development, even our experience in the womb.

Biologically speaking, each of us is made up from the DNA code we inherit from our parents. This inheritance is more or less fixed. It stays the same throughout our lives, and we in turn may pass it on to our children.

However, it has long been known that our environment exerts a powerful influence on how our genetic code is expressed. And in recent years, the mechanisms that underlie this influence have been elucidated, giving us a handle on the nurture of nature.

One of the key epigenetic mechanisms is DNA methylation, which is when a little molecule (called a methyl group) attaches to the double helix of the DNA. This molecule has the ability to modify the gene that the sequence of DNA codes for, in most cases silencing the relevant gene.

This is important, because if a small molecule like that is able to change the expression of a whole gene, the attachment of such molecules along the whole length of the DNA sequence can exert powerful control over our biology.

Consider for example the effect of maternal malnutrition. One of the first discoveries in the field of epigenetics was that children born from women who received fewer calories than recommended during pregnancy, were more likely to develop diabetes later in life.

From an evolutionary point of view, this makes perfect sense. A fetus that develops in a context of scarce resources, would benefit from being able to store more sugar in its body.

And diet is only one thing: there is also evidence that the hormonal environment in the womb likely plays a determining role in many aspects of our development, and the functioning of the immune system too, especially the level of inflammation in in the mother’s body, may have long-term consequences for the child.

It by now well established that the biology of the gestational carrier has the ability to reprogram the epigenome of the fetus. This means that in addition to the emotional connection, there is also a biological bond between the surrogate and the developing baby.

Thus, it is possible for the surrogate mother’s epigenetic state to influence the epigenetic information of the children.

For your discussion: In your view, does science of epigenetics, and specifically the fact that a gestational carrier is likely to exert lasting influence on the biology of the child, matter when it comes to surrogacy arrangements? If so, in what way?