Biomechanics aims to explain how and why the human body moves the way it does. This is done using mechanical principles like forces and motion. As illustrated in the figure below, biomechanics also draws on fields like biology, medicine, and engineering. 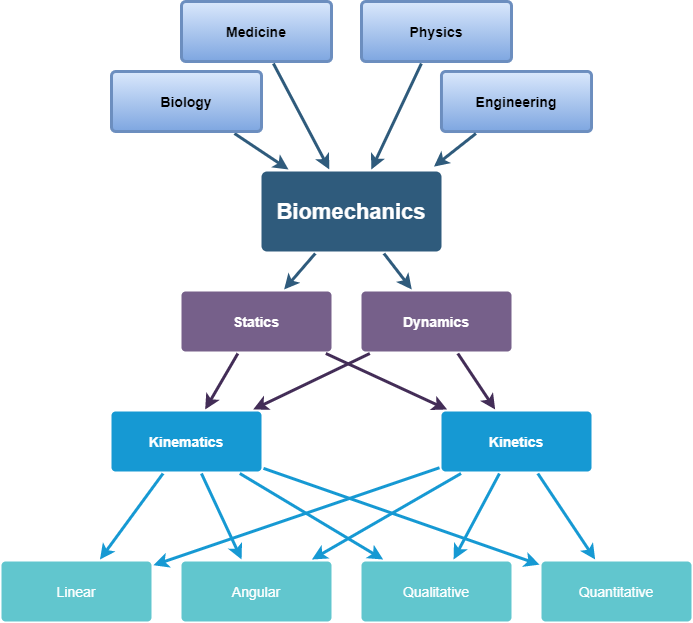 As in anatomy, the terminology used in describing human movement is important for ensuring correct communication. Many of the terms come from other disciplines, like physics. We will go over a few basic ones to ensure that everyone is on the same page with vocabulary.

The Subfields of Biomechanics

The statics branch of biomechanics deals with resting bodies, such as when sitting or standing. During rest, the body is in equilibrium due to balanced forces. Dynamics is concerned with bodies in motion, such as when running or climbing. This motion results from unbalanced forces. For example, you can start running by leaning forwards.

Kinematics is the description of motion; it is sometimes called the “geometry of motion”. Kinetics is the cause of the motion, meaning what causes the body to move the way it does. Simply put, kinematics you can see, kinetics you can’t. We will look at both of these more closely in a later section.

In most cases, one would relate qualitative to quantitative descriptors. However, there are no one-to-one relationships. What is considered “slow” or “fast” usually depends on the context.

Many biomechanical parameters can either be represented as scalar or vector quantities. Scalars only have a magnitude, while vectors have both a magnitude and a direction. Consider the difference between speed and velocity. Speed tells how fast you are moving in any direction. Velocity, on the other hand, tells how fast you covered a specific distance. 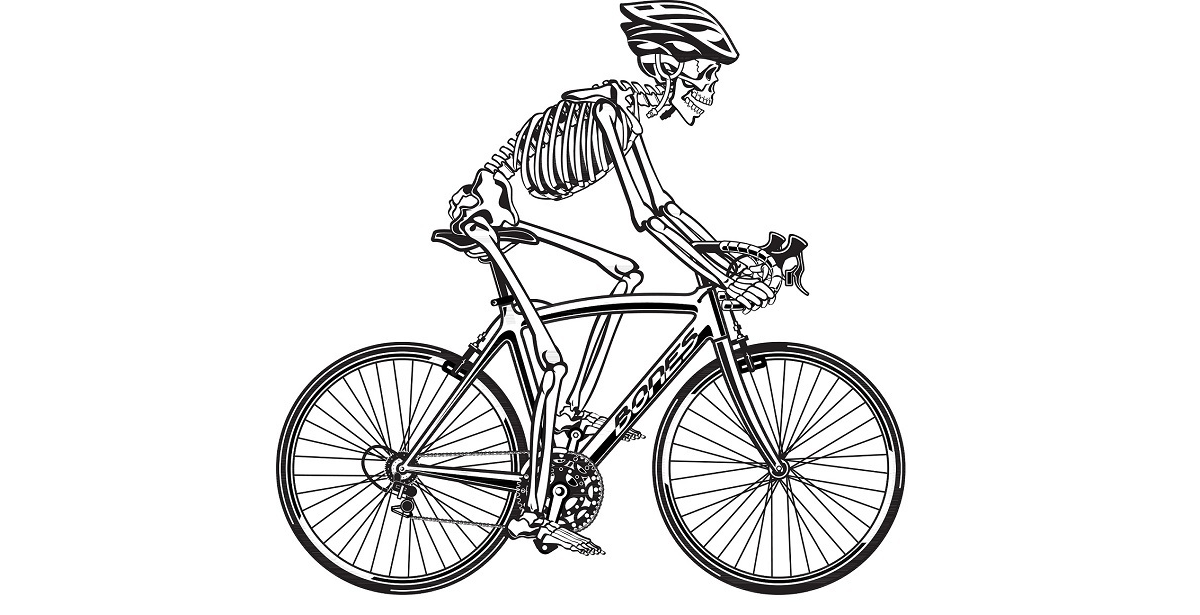 Considering a bike rider, like in the above picture, there are three different types of values:

Just as for the anatomical planes, we also need a reference frame when studying human motion. This can be either global or local. When working with a motion capture system in a lab, we often define the coordinate system relative to the lab space. This can be the centre of the room, from which all other positions are calculated.

Sometimes it makes more sense to use a local reference frame. For example, it is irrelevant to know the exact position in space if one is interested in how the arm moves. Then it is more relevant to study elbow flexion and extension as the angle between the arm and forearm.

Looking for a textbook on biomechanics? We can recommend these: