Find out more
Home / IT & Computer Science / Coding & Programming / One-Sided Communication and the MPI Shared Memory Interface / One-sided communication: How does it work?

One-sided communication: How does it work?

In two-sided communication you have senders and receivers. Both processes are active peers in communication. Each side has to call a communication routine: the sender calls MPI_Send and the receiving process calls MPI_Receive. Each process can act as sender and as receiver. 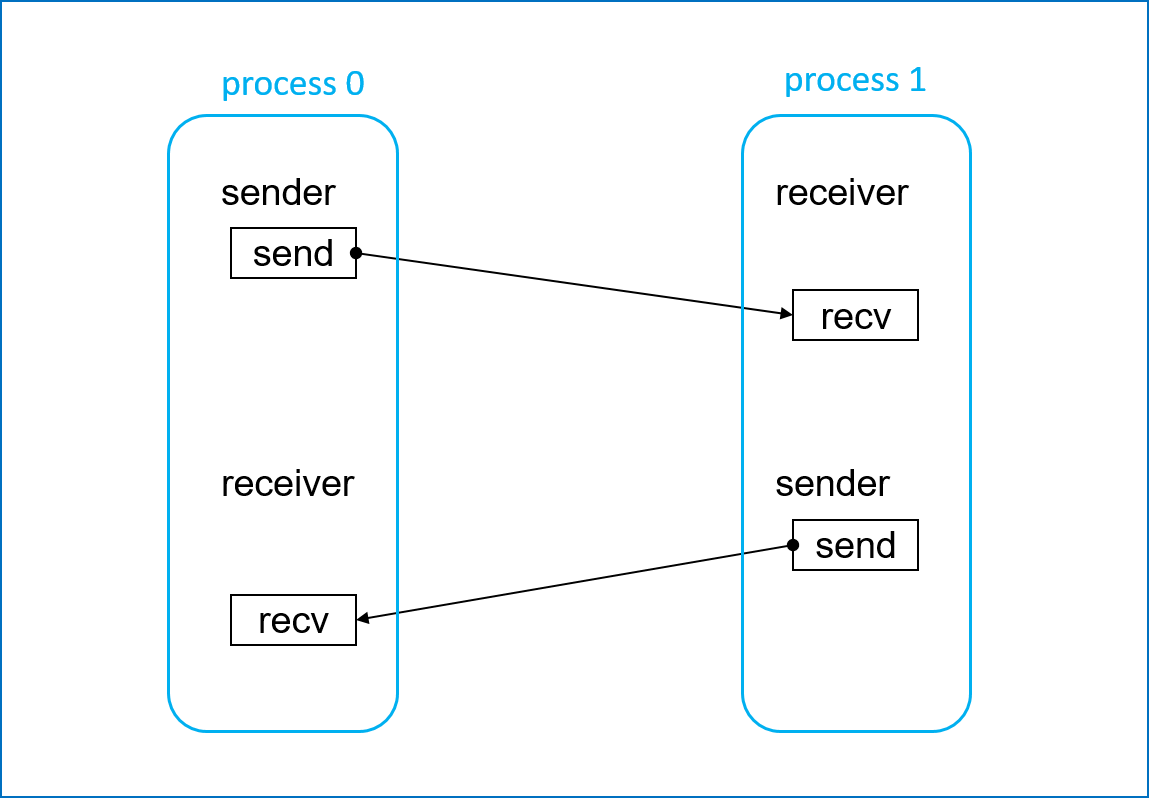 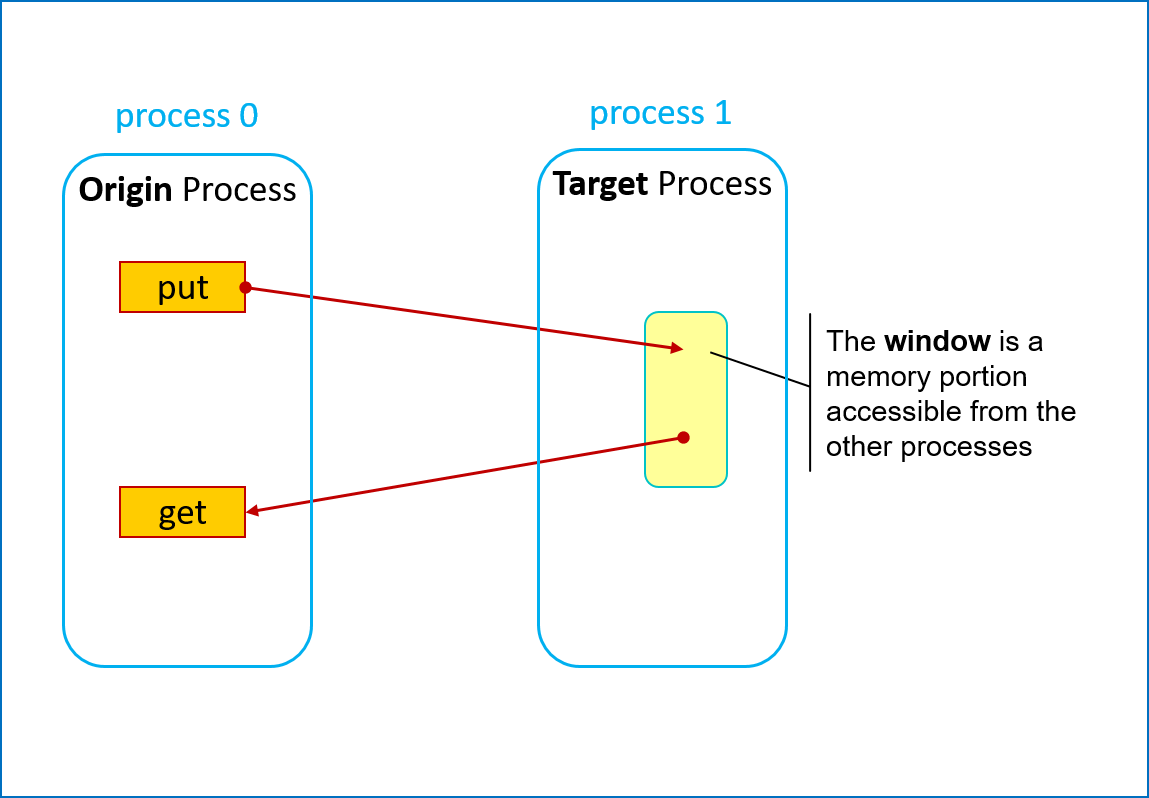 In the diagram above you can see the new term window. A window is a memory space which can be seen and accessed by other processes. Later in the course we will explain how to create and allocate windows within the communicator.

Typically all processes are both origin and target

Each process can act as an origin and target process. Their interaction is shown in the following sequence of figures, to give you a first impression of how one-sided operations are embedded into MPI processes: 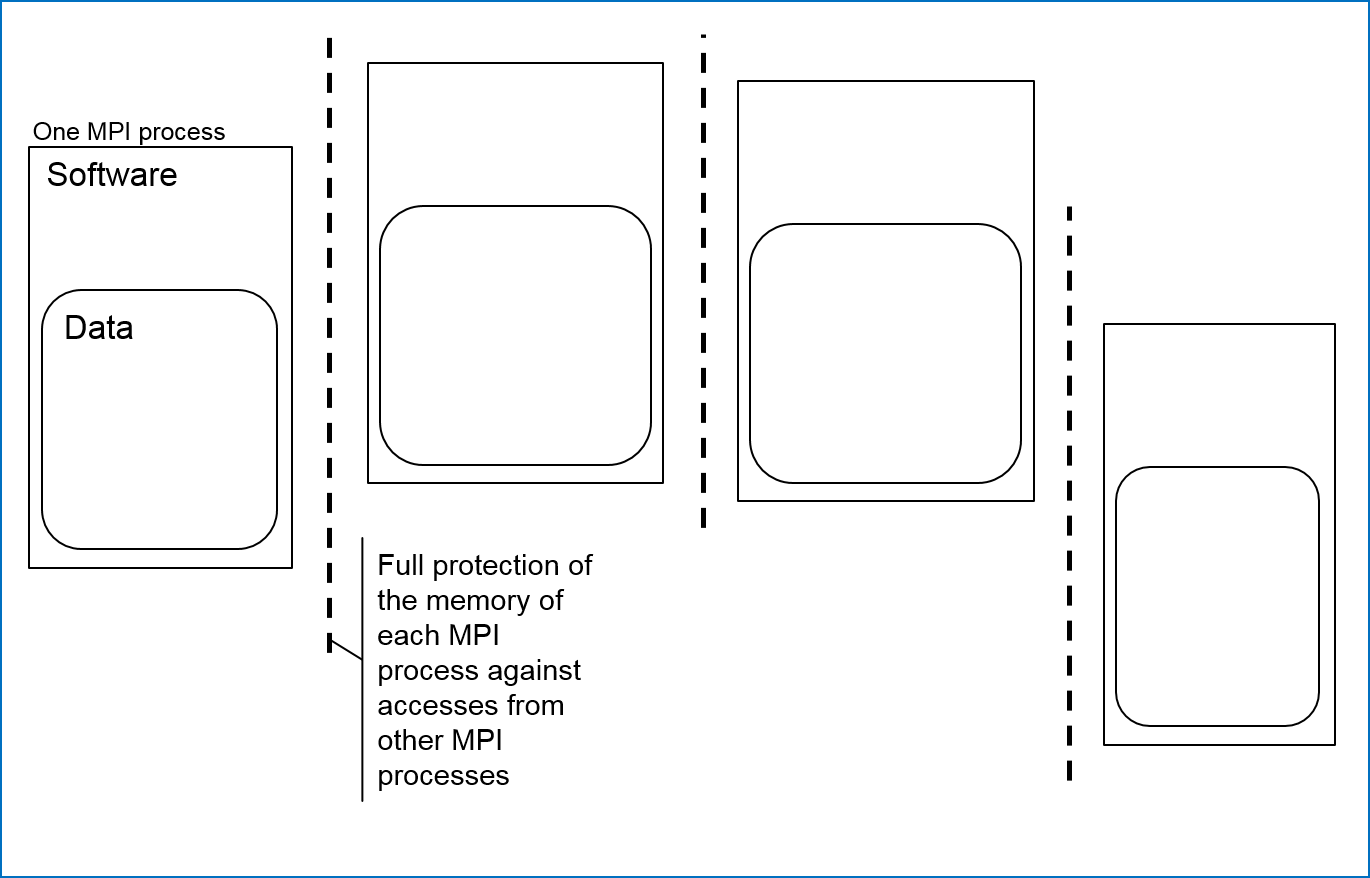 As indicated previously, all processes may be both origin and target. Here we see an example with four MPI processes.

There is a full protection of the memory of each MPI process against access from outside: that is, from other MPI processes.

Here is an example of two-sided communication (normal MPI_Send and MPI_Recv). One process calls MPI_Send, which reads out the data from the local send buffer. The corresponding MPI_Recv in the other process then stores the data in the local receive buffer. It is the job of the MPI library to transport the data from the sending process to the receiving process. 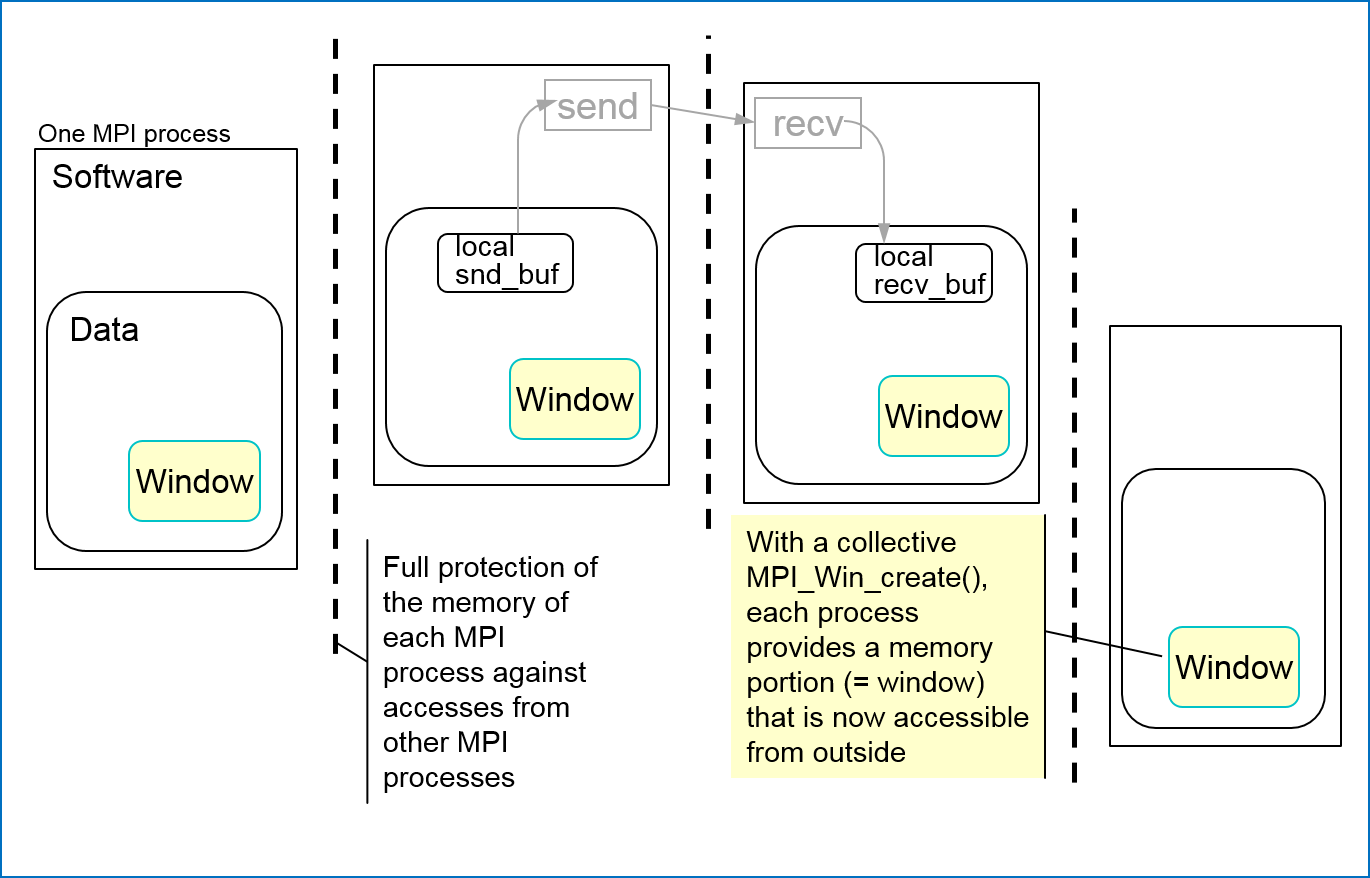 Now we will look at one-sided communication: 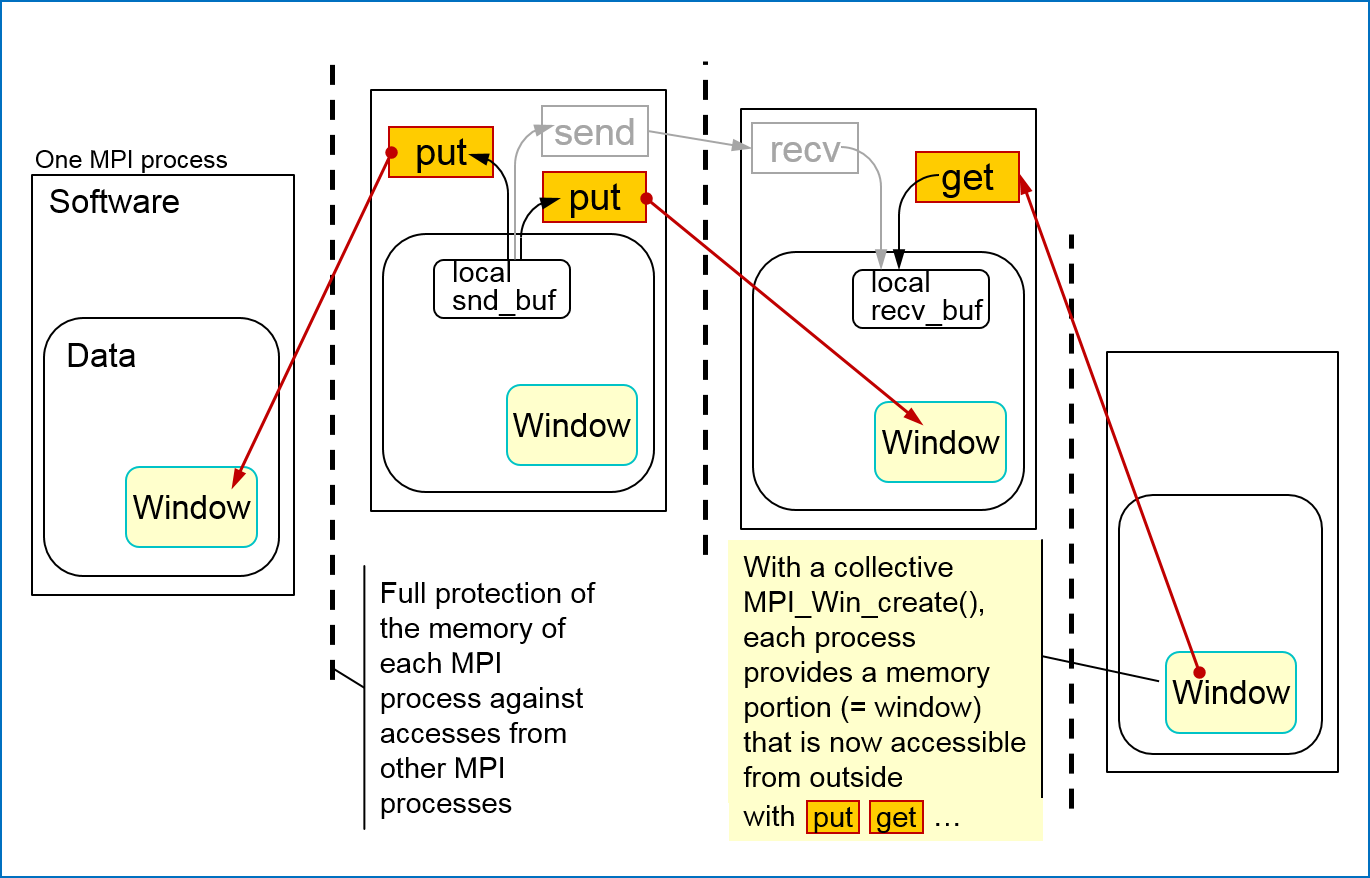 You can see that there is no Remote Memory Access call on the target window process.

The origin side is the only process that must call the RMA routines (MPI_Put and MPI_Get). 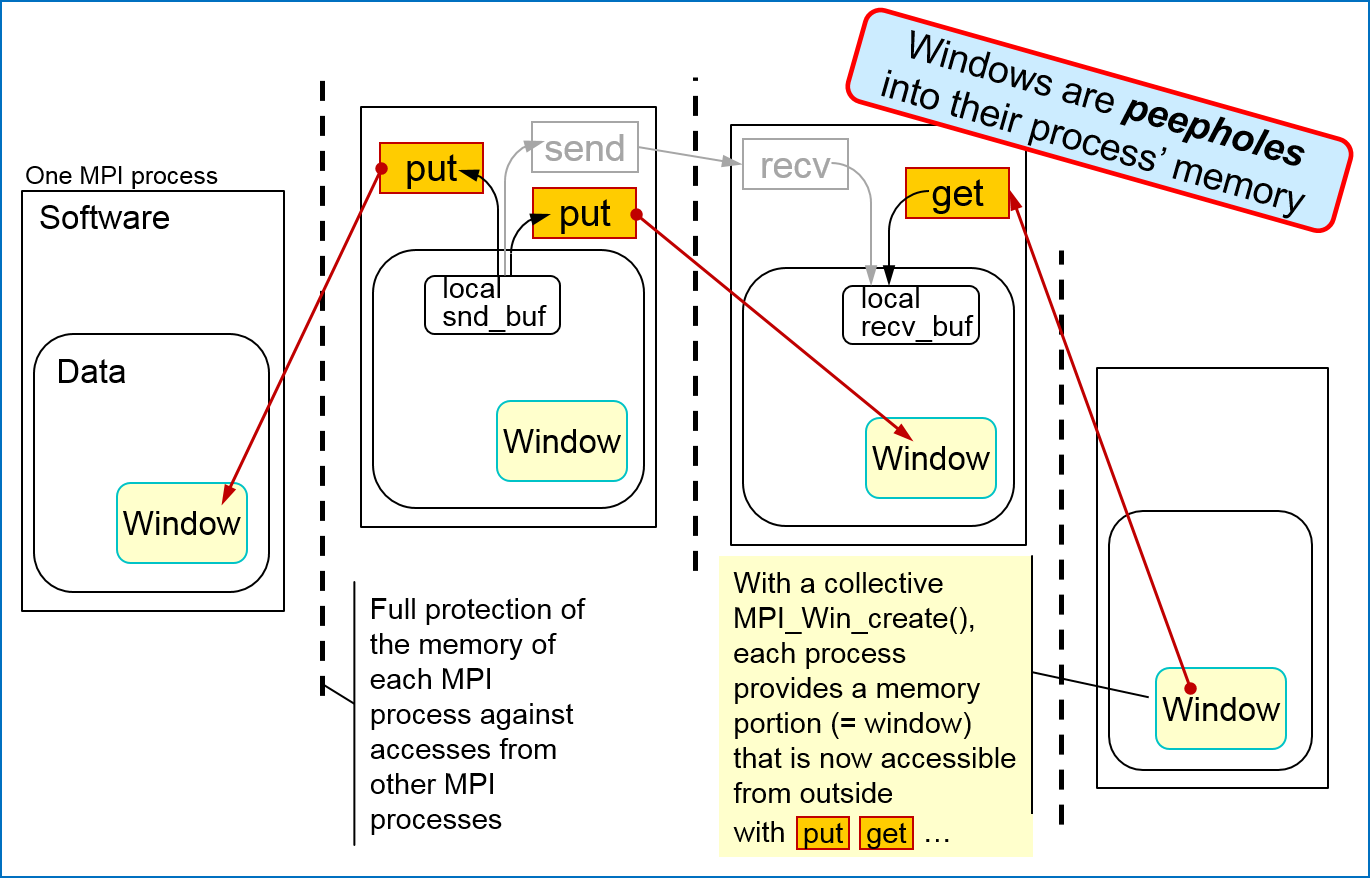 In this sense, windows are peepholes into the memory of the MPI processes.

Congratulations to those who have learned some new terms: origin process, target process and also window.