The different intelligence tests, how they are made, what the IQ stands for 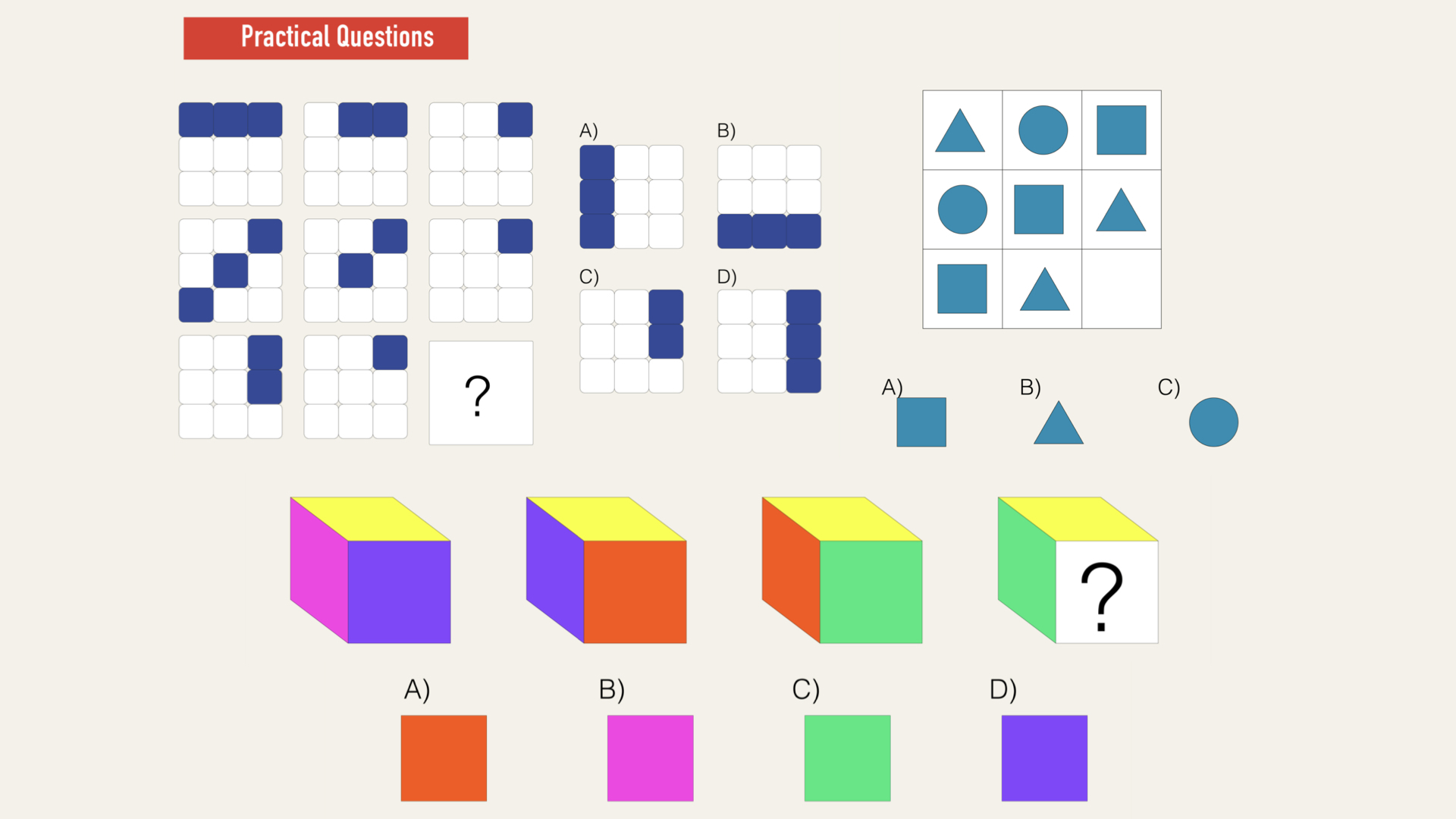 We learned earlier that there are various intelligence tests.

All these tests measure intelligence but with a different set of questions. Some tests rely more on language-free types of questions (e.g., you see a set of pictures and you need to find the correct answer within the set) whereas others also use verbal questions.

A representative type of test is the WAIS test. You’ve already seen several samples of questions from the WAIS test, which actually includes both language-free and verbal questions.

Most importantly, the structure of the test explore the idea of intelligence behind the test.

The WAIS test has been updated regularly since 1955, and the fourth and current version (i.e., WAIS-IV) was released in 2008. The test is composed of 10 core subtests and five supplemental subtests. The Full Scale IQ is derived from the ten core subtests, which are grouped in four index scores representing major components of intelligence:

You can see the test taps various types of abilities, spanning from knowledge of the vocabulary, memory tests, to tests that require solving arithmetic problems, and so on.

Therefore, intelligence testing requires time. For example, in order to complete the ten fundamental subtests of the WAIS-IV, an average person may need from one hour and ten minutes to one hour and forty minutes.
The length of the test depends on the speed of the person that is responding to the question (some are faster and some are slower) and on the intellectual level of the person: intellectually gifted people tend to spend more time on the test because they tend to answer more questions.

The need for a skilled experimenter

The test also needs a skilled experimenter to be administered and is taken individually. There is quite a rigid protocol that an experimenter must follow to administer the test. For example, the experimenter must give the various subtests in a fixed order (e.g., the block design is the first test to be taken whereas the picture completion is the last).
Then each subtest is given one score. For the scoring of some tests, the experimenter may use grids that help him/her to identify whether the response given by the participant was correct or incorrect. For language-related tests (e.g. the vocabulary test) the experimenter has a list of possible answers to the questions.

Once the test is completed, each subtest score is calculated and transformed into a score that ranges from 1 to 19. The scores of the ten subtests are then added together into a single score that can range from 10 to 190. Eventually, this latest score is transformed into an IQ score.
Note that in this entire process, the scoring is different for different age groups. For example, the scoring of 16-17 years old is different from that of 45 to 54 years old. The youngest and the oldest age groups are small in range (e.g., 16-17, 18-19, 65-69) whereas middle-age groups are larger (e.g., 35-44, 45-54).

The IQ is made in such a way that 100 is the average score in the intelligence test. In other words, an averagely intelligent person would score an IQ of 100.

There are several options to categorize the IQs. The coarsest one divides the IQs into three gross chunks: scores from 90 to 110 are considered “average” whereas IQs below 90 are considered “below average” and IQs above 110 are considered “above average”. Sixty-eight percent of the population is hypothesised to have an IQ that ranges from 85 to 115. IQs above 130 or below 70 are extremely rare: less than 5% of the population.
In the picture above, you can see how intelligence was distributed among the 905 children who took the Stanford-Binet test in 1916. In the graph, the height of the bar represents a percentage: the number of children who obtained a score within the represented IQ range.
As you can see, majority of the children (i.e., the tallest bar) scored an IQ that was included in the 96-105 range, whereas, for example, only a tiny number of children scored above 135 or below 66.

Feel free to share your questions or insights in the Comments section bellow!