Find out more
Home / Creative Arts & Media / Music / Music Moves: Why Does Music Make You Move? / A Brief History of Music in the 20th Century

A Brief History of Music in the 20th Century

In this article, Hans Zeiner-Henriksen discusses the listening experience in jazz and popular music genres. 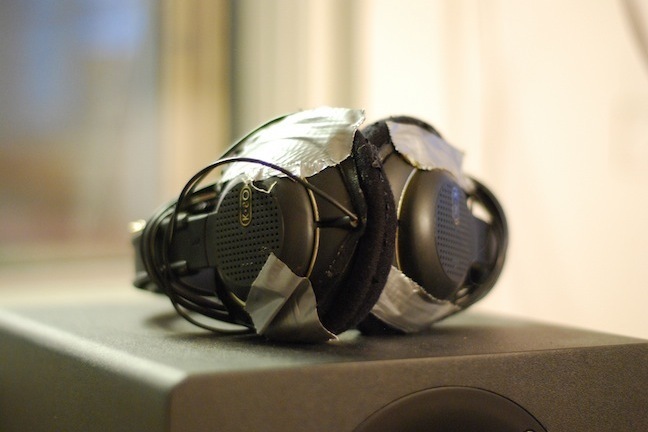 Music scenes developed quickly in the 20th century, and many large changes came about. The most radical change was probably that music now could be experienced without any performers present. The 20th century was the first century of recorded music.

Swing jazz in the 1920s and 30s aimed for making people move. The music was rhythmic, repetitive and danceable. Over time, however, different sub-categories of jazz evolved into less danceable music, such as bebop, cool jazz, and free jazz. The tempo became too fast – or too slow. The structure was less transparent, with many improvised parts. A respectful jazz audience did no longer dance but had their attention fixed on the musicians. Gradually, jazz concert conventions became as fixed as for the classical concert halls: a seated audience that should applaud after solos and nod their head or tap their feet modestly to the beat. In line with the classical conventions, attentive listening was the only way of showing respect for the musicians.

The rock’n’roll that spread like wildfire in the 1950s evolved from the African American rhythm and blues. The African American music culture has always had a close link between music and movement, – in the church, – in concerts, – in social gatherings, and many African American music genres are especially rhythmic oriented (funk, hip hop) with an obvious focus on dance. Olly Wilson points to repetition, a percussive orientation and the link between music, movement and dance as some of the elements that point to a heritage from the African continent (Wilson 1983).

In the 1950s, American society was still highly segregated, and a white artist was needed to break this new music genre to a larger white audience. Elvis Presley was the perfect man; he could sing, he was good looking, and he could move. Today his movements do not seem very provoking, but in the 1950s his moving hips were immediately associated with sex and a promiscuous lifestyle. The music was danceable and invited the audience out of their chairs to participate in the music while dancing and singing along. Still, TV hosts and concert arrangers tried in any way possible to avoid the exposing of his dance moves to escape reactions from the parent generation. The connection between music and movement was seen associated with wild and uncivilized life.

Most of the 1950s rock’n’roll artists disappeared for various reasons from the public scene around 1959, and the following years were dominated by popular music more influenced by the crooner-tradition. The most popular dance fad was the Twist – a dance, in contrast to the 1950s rock’n’roll dance, you could perform without a partner. But the popularity of rock music had not ended – it came back with a much stronger force a few years later.

Two bands especially illustrate the development of rock in the 1960s; the Beach Boys and the Beatles. They both have an early period (1962/63-65) where the connection to the rock’n’roll genre is obvious. After 1966 their music became more complex; with classical and other unconventional instruments, more personal and inventive lyrics, experimental studio techniques, more complex harmonies, etc. “Pet Sounds” (Beach Boys) was released in 1966, and “Sgt. Pepper’s Lonely Hearts Club Band” (Beatles) was released the following year, and they are seen to a certain extent as concept albums; with an overarching intellectual idea. This development was significant in heightening the status of pop/rock. Still, it simultaneously turned popular music towards the rational, adopting the idea of “pure listening” as the most “serious” engagement with music.

At around the same time, James Brown developed his music in the opposite direction. Funk music grew out of the African American soul genre, focusing on the music’s rhythmic aspects. The groove became the most significant element, and the audience did not sit still, even if the concerts were held in places with seats.

Especially many white rock fans were particularly annoyed by the popularity of disco in the 1970s. Radio DJ Steve Dahl fronted an anti-disco campaign he called “Disco sucks”:

Disco music is a disease. I call it disco dystrophy . . . The people victimized by this killer disease walk around like zombies. We must do everything possible to stop the spread of this plague (Steve Dahl quoted in Brewster & Broughton 2006:290).

Dahl is also associated with the infamous “Disco Demolition Night” at baseball’s Comiskey Park in Chicago on July 12 1979, where reduced admission was offered in exchange for disco records that were in turn blown up inside a container partway through the game. The game had to be stopped caused by the riot that followed. Brewster and Broughton observe that this protest was in fact not unique:

Dislike for disco was everywhere. The rock generation saw it as the antithesis of all that was holy: no visible musicians, no ‘real’ stars, no ‘live’ performance. It was music based wholly on consumption, music with no aesthetic purpose, indeed with no purpose at all other than making your body twitch involuntarily. Dehumanizing, expressionless, content-less – the judgements were damning (ibid:291).

Following the incident in Chicago, disco clearly fell from grace, at least in the United States. The major record companies had forced dance music into a typical star performer-oriented package. In turn, the public experienced lip-synching, derivative arrangements, and other “studio fakery” as evidence of disco’s (rather than the disco business’s) illegitimacy. The major labels saw disco as a passing phenomenon that had to be “exploited as quickly and thoroughly as possible” (ibid:201). This fate would then become self-fulfilling.

After the brutal end of disco, MTV started in the United States in 1981 with an explicit focus on white rock music. In their first year, they hardly showed videos with African American artists. Columbia records protested against this racist format by making extremely well-produced music videos for Michael Jackson’s “Thriller” album. They refused MTV access to any of their artists if they did not show his videos (Starr & Waterman, 2014:452). Not unlike Elvis Presley three decades earlier, Michael Jackson was tremendously clever in dancing and moving rhythmically to the music. The music videos were a perfect tool to show this ability.

Hip hop evolved from an African American street dance culture in New York in the 1970s. Its first commercial recording was in 1979 and during the following decades, its popularity has spread both in the United States and worldwide. The focus on dance (breakdance/street dance) has been somewhat downgraded, but its emphasis on rhythm and groove has been explicit. Hip hop has become extremely popular and has also influenced what is considered mainstream popular music today.

Contemporary popular music is also influenced by the club music that initially came from the United States to England around 1987-88. Disco music reinvented itself, became house music (from the club the Warehouse in Chicago) and was exported to England. House parties and raves were (mostly illegal) gatherings of large crowds for dancing (and ecstasy) during weekend nights. Its popularity spread during the 1990s to become a major commercial scene at the turn of the millennium.

If we try to see these developments in perspective, many trends imply a connection between music and dance and popularity. When the audiences move along to the rhythm and the groove, it seems to have an impact that connects them to the music. Likewise, there are stronger negative reactions to dance music compared to other music. The bodily aspects of music can create passionate likings and strong aversions, and the orientation towards the pleasure of music seems to provoke for many.

Much contemporary popular music has an explicit focus on rhythm and groove, encouraging participation via overt body movements and dancing. This dominates Western music cultures today and may open discussions on how bodily engagement can enhance the experience – not in moving the focus away from the music, but in focusing on musical elements that are significant for how music moves.