The story of Bohemian Rhapsody. 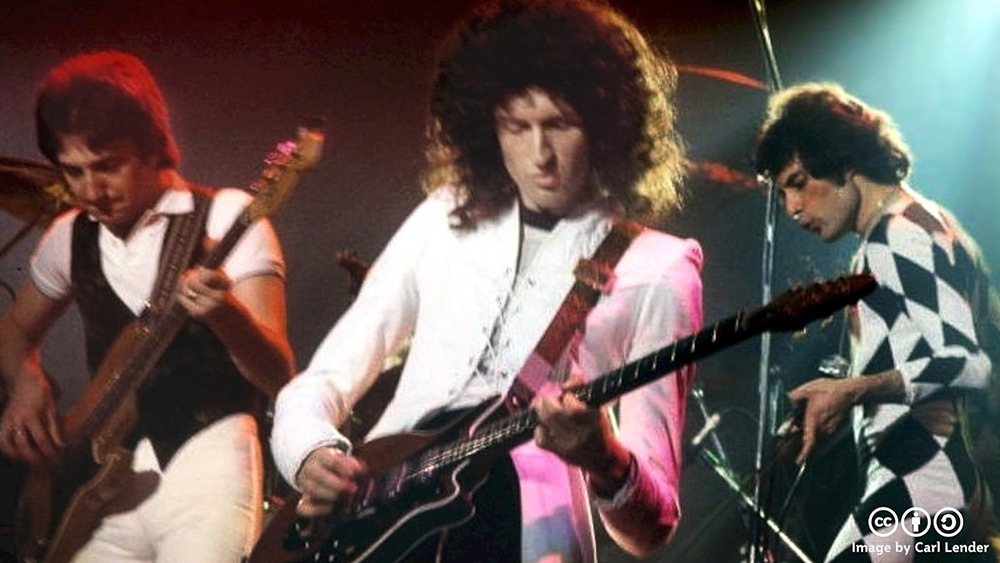 So here we get to the bit you might have been waiting for, Queen doing ‘Bohemian Rhapsody’ Here’s the video for the song, if you want a refresher:

Different expectations based on when you hear a song

As we have seen, you have a bunch of expectations about music based on the other music you’ve heard, and these expectations matter a lot when it comes to how you react to new music.

However, you probably have different expectations about the song compared to someone in 1975 hearing ‘Bohemian Rhapsody’. That is before punk, hip-hop, electronic dance music and The Lonely Island, after all. It is difficult for us, especially as fans of the song, to hear ‘Bohemian Rhapsody’ as it would have been heard in 1975. These days, we see the song as iconic but, when it first came out, it was still just another song on the radio that people were hearing for the first time.

Bohemian Rhapsody, in fact, almost wasn’t released as a single. It was a surprise to the record company that radio stations started playing it and that it was a big hit. Usually pop radio stations don’t like playing long songs, especially long songs with opera sections.

Nonetheless, ‘Bohemian Rhapsody’ still makes sense in terms of the other music going around in 1975. It wouldn’t have been a hit in 1975 if it didn’t work against the expectations of audiences back then. Rock bands doing piano ballads was quite popular in the early 1970s, thanks to everyone from The Beatles (with the likes of ‘Let It Be’) to Eric Carmen (‘All By Myself’) to Elton John (‘Candle In The Wind’). There are also some big vocal harmonies on ‘Bohemian Rhapsody’, and that might have reminded 1970s listeners of bands like The Beach Boys, Crosby Stills & Nash, or The Eagles.

People who had heard of Queen before ‘Bohemian Rhapsody’ knew them as a ‘glam rock’ band, and the rock and roll section of the song sounds a bit like the glam rock of, say, Slade, or David Bowie. Additionally, 1975 was a time when rock music fans were familiar with the idea of ‘progressive rock’ thanks to bands like Yes or Pink Floyd or Emerson, Lake And Palmer. This was rock music that tried to incorporate ideas from classical music, and which often went to unexpected places. As a result, listeners might have been a bit more used to songs that didn’t follow the usual structure than they might be today.

So, for someone in 1975, ‘Bohemian Rhapsody’ made a certain amount of sense. Most of the sounds that the song is made of were relatively familiar to pop audiences at the time, and even the opera section was the kind of thing a band might have done at that point.

Tim tells the story of when he first heard the song in 1991: “It had just been re-released as a single in the wake of Freddie Mercury’s death, and it would soon become an iconic part of the movie Wayne’s World. As a result, the song made lots of sense to me as a pre-teen. I’d grown up with the Beatles, and Elton John was still very popular then (he had just had hits with a piano ballad called ‘Sacrifice’). The rock stuff reminded me of Guns ‘n’ Roses (incidentally, at the tribute concert after Freddie Mercury died, Axl Rose and Elton John actually did a duet on the song). Between Wayne’s World, and the music around me at the time, the song seemed pretty cool.”

Way back in the beginning of this course you told us about when you first heard Bohemian Rhapsody. Have a think about the context in which you would have first heard the song.

If you didn’t already discuss this in 1.3, think about questions like, who were you when you first heard it? How did it compare to other music you had heard? How has your opinion of it changed over the years?

Please use the comments link to discuss the role of context in your liking of the song.