Skip main navigation
Home / Science, Engineering & Maths / Mysteries Of The Universe / What is the Big Bang?

What is the Big Bang?

This article looks at the concept of the Big Bang, the evidence to support its theory, and the effect of look-back time. 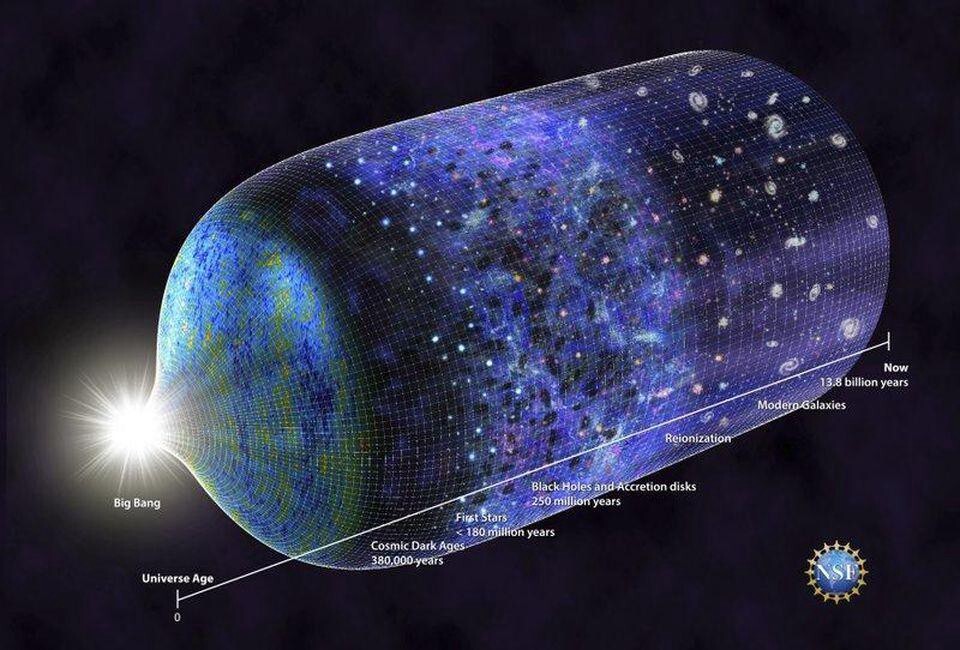 The concept of the Big Bang

Nowadays, we call the Big Bang Theory a “theory” since the evidence supporting it are very strong.

A moment of extreme conditions

The Big Bang is described as a “moment of extreme conditions” that caused the compressed matter and energy of the Universe to expand.

These compressed materials were under extreme temperatures and density, but it is wrong to assume that the Big Bang was an explosion that happened in a single place, and the galaxies are just moving away from the point of explosion.

It is better to think of the Big Bang as an event that caused the entire volume of the Universe to be filled with energy and matter, and everything that composes you are inside the remains of this event.

The effect of look-back time

Even though the Big Bang is believed to happen long ago, we can still see the remnants of it thanks to the effect of look-back time, the time elapsed when an object emits light until it is received by the observer.

Evidence of the Big Bang

There are three pieces of evidence of the Big Bang:

If you’d like to learn more about the mysteries of the universe, check out the full online course, from the National Tsing Hua University, below.