Let us watch how Prof. Andrei Linde, one of the main authors of the inflationary universe theory, learned that his theory is correct.
© Byrne, P. (2014). Early-universe explorer looks for answers (Quanta Magazine). Retrieved from https://www.quantamagazine.org/chao-lin-kuo-early-universe-explorer-looks-for-answers-in-bicep2-and-beyond-20140703/

Prof. Andrei Linde was one of the pioneering physicists that realized inflation. He and Alan Guth received the Gruber Prize in Cosmology for their development of the inflationary Universe theory. What do you think Prof. Linde will feel after learning that his theory was correct? Find out in the video below.

In this video, Asst. Prof. Chao-Lin Kuo, one of the collaborators of the BICEP2 experiment, which focused on observing the CMB polarization, came to Prof. Linde’s house and mentioned something like “r (equals) 0.2”, much to Prof. Linde and his wife’s excitement. This also means that 20% of the observed polarization of CMB is B-mode, which can be produced by gravitational waves or by galactic dust and other sources.

This means that 20% of CMB polarization is caused by gravitational waves. As a consequence, this also implies that the energy during the earliest stages of the Universe was high enough to cause the fundamental forces to be unified, which is what Prof. Linde, Alan Guth, and other cosmologists, have proposed. However, their results also considered the possibility that galactic dust and other sources may have caused a significant contribution to this observed polarization. Further research is therefore recommended to disentangle this contribution created by dust. 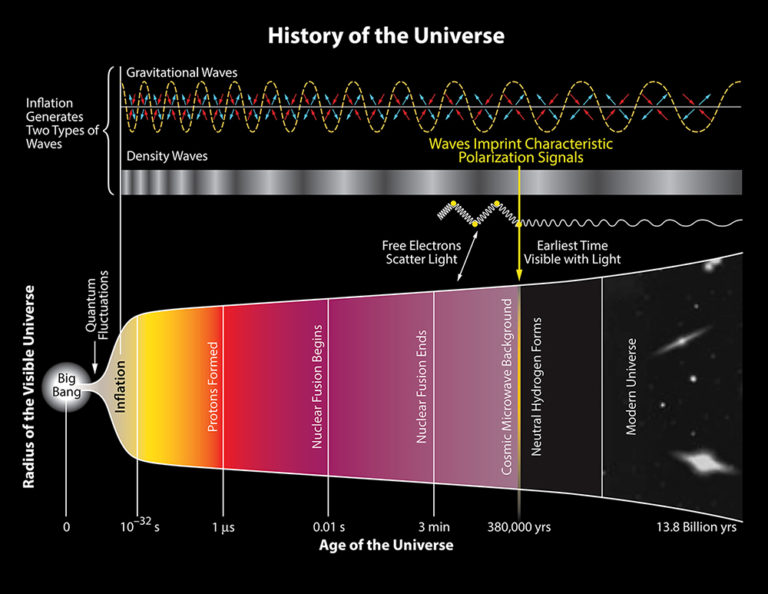