Find out more
Home / History / Poetry and the Holocaust / Who is the young poet Abramek (Abraham) Koplowicz?

Born in the city of Łódź, Abramek was nine when the German invasion of Western Poland saw the whole region incorporated into the Third Reich 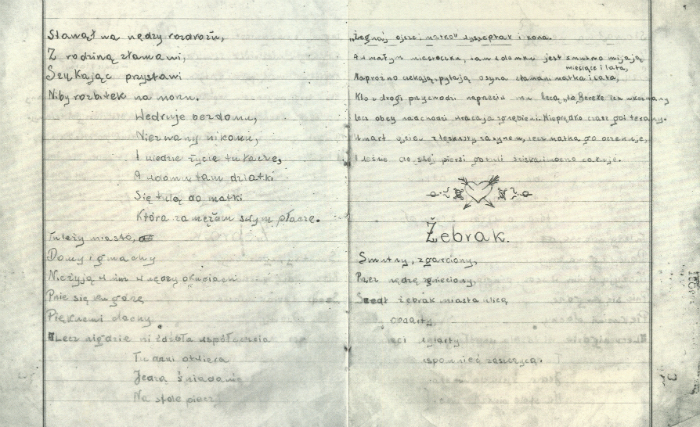 The Łódź ghetto — or Litzmannstadt as the Germans renamed it in honour of the German general in the First World War, General Litzmannby — was by all accounts the site of awful human suffering in an enclosed urban prison for an extended period of time.

Within this reality, we find the human spirit reacting in every possible variant from paralysing depression to the writing of poetry. We present here an example of this extraordinary human quality that displayed the ability to rise above unspeakable circumstances with poems born from this very suffering. Adding to our wonderment is the youthful age of the poet.

Abramek (Abraham) Koplowicz was born in 1930 in the city of Łódź and was able to enjoy the first nine years of his life only. With the outbreak of war and the German invasion of Western Poland, Łódź was overrun and the whole region was incorporated into the Third Reich.

Within the first year of the war, the ghetto of Łódź was created and by the end of 1940, the Jewish population of more than 160,000 was enclosed and imprisoned within its walls. Abramek was in his eleventh year and the next four years with his mother and father in the ghetto effectively ended the happiness of a short childhood.

During these years, the boy-poet wrote his poems in an exercise book which remained in the family apartment, untouched, until his father Mendel Koplowicz, the only one of the three to survive Auschwitz, returned to that apartment to find his son’s writings where he had left them on the day they were transported to the death camp.

The father, Mendel, was so traumatised with guilt by the manner of the boy’s death in Auschwitz that the poems in his son’s handwriting remained in his drawer unseen and unknown to anyone until his death in 1983 in Israel, to which he had emigrated with his second wife 10 years after the war.

The poems were discovered by Mendel’s stepson who rescued them from their anonymity. He passed the exercise book over to Yad Vashem which then published the poems with an introduction from Eliezer Greenfelt, Abramek’s half-brother.

The poem was written in Polish by the young boy Abramek and this copy of the poem in his handwriting, as discovered in the exercise book, provides some sense of how young he was. Yet the content of the poem would seem to indicate the observations of one way beyond his second decade of life.