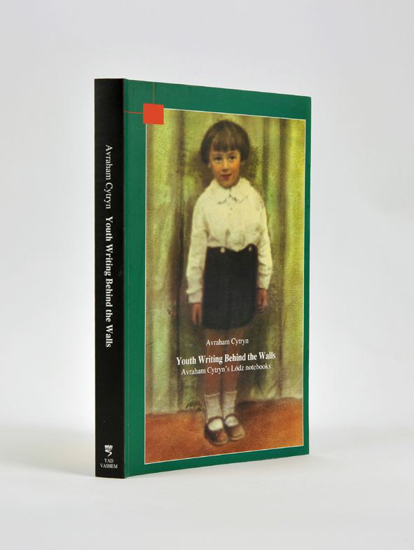 The second poet we present here was three years older than Abramek Koplowicz.

Avraham Cytryn was born in 1927 in Łódź and lived through the suffering of the Łódź ghetto from fourteen to seventeen years of age. His father died of starvation in their apartment in November 1942 at the age of forty-two. Avraham, his mother and sister Lucy, were transported on one of the last trains to Auschwitz. Avraham was murdered there on the third day after arrival. His mother was also killed and only his sister Lucy survived, returning to their apartment in Łódź after liberation and discovering all of Avraham’s notebooks with his writings except the one that he had taken with him on the transport.

The drama of the fifty years that separate the writing of the poems in the ghetto and Lucy’s decision to deal with her brother’s legacy is powerfully presented in the book “Youth Writing Behind the Walls”, Avraham Cytryn’s Łódź notebooks, in which the sister, Lucy Cytryn-Bialer contributes the concluding section called Memories (see bibliography at end of third lesson). That part of the family story is fascinating in itself but we will limit ourselves to presenting Avraham’s perception of the stark ghetto reality at the time as events were unfolding.

Even before we read the poem “The Cheerful Pessimists”, devote a few moments to the strange name of the poem and consider the reality that Cytryn is conveying in just these three words.