The Poem “Written in Pencil in the Sealed Freightcar”

The poem “Written in Pencil in the Sealed Freightcar” also published by Pagis in 1970, has attained iconic status on the shelves of Hebrew poetry and features in many anthologies and in different languages around the world. 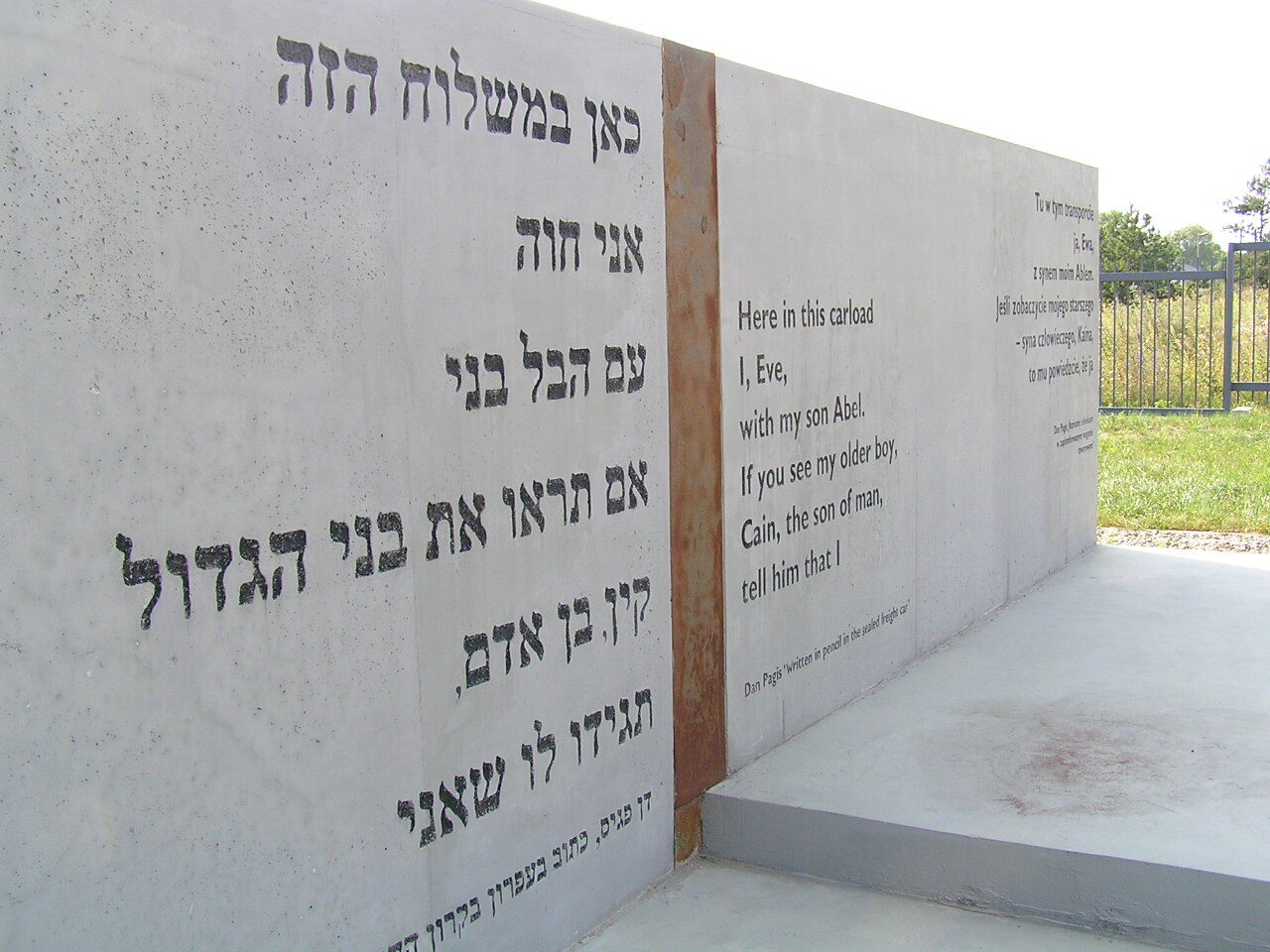 We now arrive at our last poem and set of steps in this concluding activity for the Poetry and the Holocaust course, and pride of place goes to what I consider one of the ultimate poems on the Holocaust and also one of the shortest. The poem “Written in Pencil in the Sealed Freightcar” also published by Pagis in 1970, has attained iconic status on the shelves of Hebrew poetry and features in many anthologies and in different languages around the world.

When the poem is read together with four verses about Cain and Abel from the first book of the Old Testament, Genesis Chapter 4, a whole world of themes opens up which are only hinted at between the words and lines of the poem. Here is the poem ”Written in Pencil in a Sealed Freightcar” and the four verses from Genesis.

Written in Pencil in a Sealed Freightcar

here in this carload

with abel my son

if you see my other son

tell him that i

The Four Verses from Genesis, Chapter 4:

4:10 God said, “What have you done? The voice of your brother’s blood cries out to me from the ground.”

4:15 God said to him, “Not so. Whoever kills Cain vengeance will be taken on him sevenfold.” God appointed a sign for Cain, lest any finding him should strike him.

Before we proceed to a close reading of the poem with a presentation of several themes to be extracted from it, please note the present tense Pagis employs to depict a 3000 year old biblical event, and 80 years ago, deporting millions of Jews to their death in railcars. Formulate an explanation of the time dimension imposed on the reader and note especially that all readers of this poem are being addressed directly by the poet and thus drawn into the unfolding tragedy.