From ‘Unjust Imperial War’ to the ‘Just Civil War’

In this article, Katya Rogatchevskaia, British library, describes the different tactics of Bolshevik Propaganda in 1917, related to war and duty. 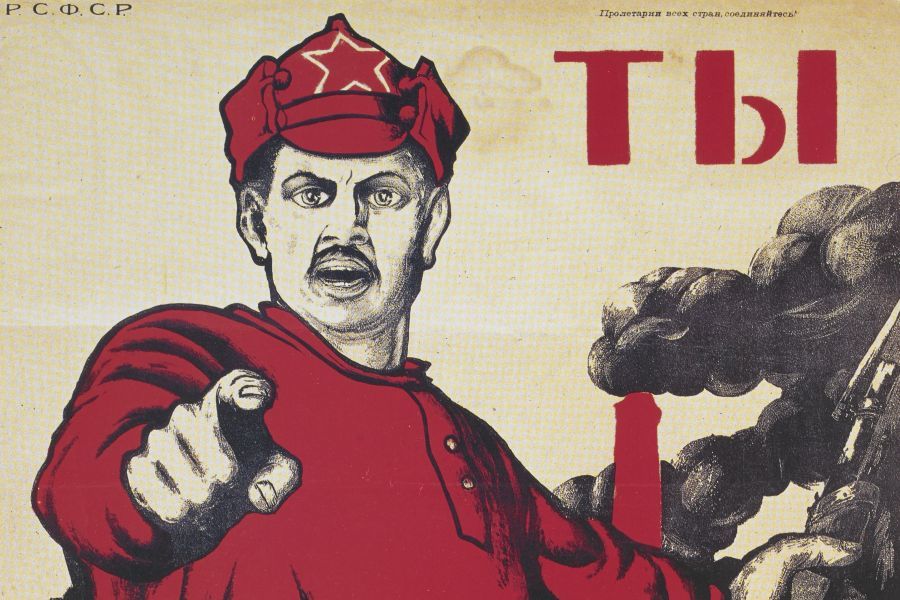 Last week, we looked at the concept of freedom in Russia in 1917, and the effects of radical political change on the way that local communities and other groups interpreted freedom and used newly-gained political freedoms.

In this step we will look at how the Bolsheviks used the concept of duty, when it came to challenging or justifying violent conflict. Read the article by Katya Rogatchevskaia, ‘Propaganda in the Russian Revolution’, published on the British Library’s website at: https://www.bl.uk/russian-revolution/articles/propaganda-in-the-russian-revolution.

In particular, focus on the sections ‘How did the Bolsheviks treat the First World War?’ and ‘Why do they point at you?’, and look at the examples of propaganda posters produced at this time.

Before seizing power in October 1917, the Bolsheviks were opposing the Tsarist regime in Russia. Their standpoint in relation to the First World War – ‘The conversion of the present imperialist war into a civil war is the only correct proletarian slogan’ – did not receive much support from other socialists in Russia or Europe, but as the war progressed and the first wave of patriotism evaporated giving way to war fatigue, the Bolshevik anti-war propaganda was becoming more and more appealing to soldiers. Focusing on the posters issued by the Russian Imperial state, the Bolshevik state, the Entente Powers and the propaganda departments of the White armies, the article examines the role of propaganda in international and civil military conflicts, exploring how such concepts as conflict, justice, violence, loyalty, and treason were presented through visual and verbal messages.

From the examples given in the article, what do you think were the most effective arguments and tactics used by the Bolsheviks in condemning the World War and justifying civil war? Can a civil war be justified?