Indirect taxation: What can be taxed?

In this article, Dr Alberto Asquer outlines indirect taxes: excises, sales tax and value-added tax (VAT), and how governments use them. 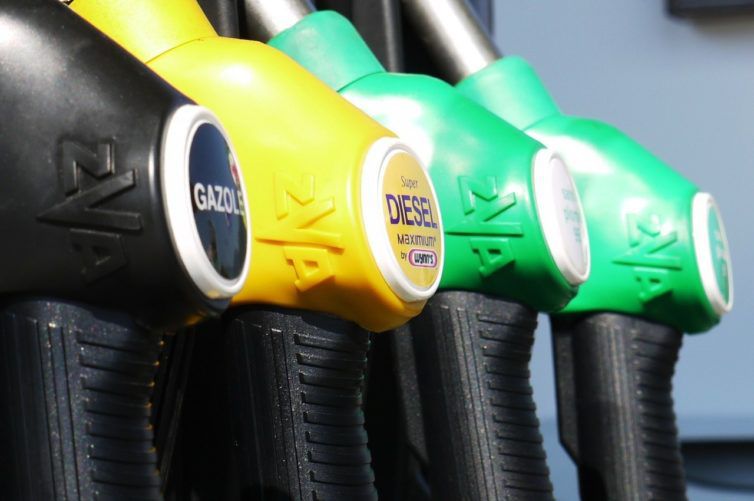 What can be taxed?

Think of taxes on tobacco and fuel. Typically, indirect taxes are paid to tax authorities by companies who can, in turn, pass the cost of the indirect tax to the customer.

Increasing the final price paid for goods and services may reduce demand for the goods and services sold, so indirect taxes can have a depressing effect on the economy: consumers are less willing to buy, producers adjust the level of production to match reduced demand, leaving the government with a lower level of economic activity on which they can earn revenues than would be available without the indirect tax.

Excises, sales tax and value-added tax (VAT) all come under the banner of indirect taxes, and there are also indirect taxes levied on international trade, in the form of custom tariffs and duties, which we’ll have a look at now.

Excises are a centuries-old favourite, levied by governments on the production of such goods as salt, alcohol, cigarettes and newspapers. Nowadays, excises on fuel account for a significant share of the final price of petrol (or gas) in many countries.

There seems to be no limit on what the governments can levy indirect taxes on, however, right down to the electricity we use every day. Legend has it that, when in 1850 the British Chancellor of the Exchequer William Gladstone asked the English natural philosopher Michael Faraday “What is the practical use of electricity?”, the reply was: “One day, sir, you may tax it.”

Indeed, some countries – like Italy, for example – levy excises on the consumption of electricity by both businesses and final consumers today.

While an excise is generally levied on the production, a sales tax is typically charged when goods or services are sold to consumers. Sales tax provides a principal source of income for US states, where the tax rate varies across state jurisdictions from less than 1% to over 10%.

The table below, for example, shows just how much sales tax outstrips other forms of taxation in Texas alone. 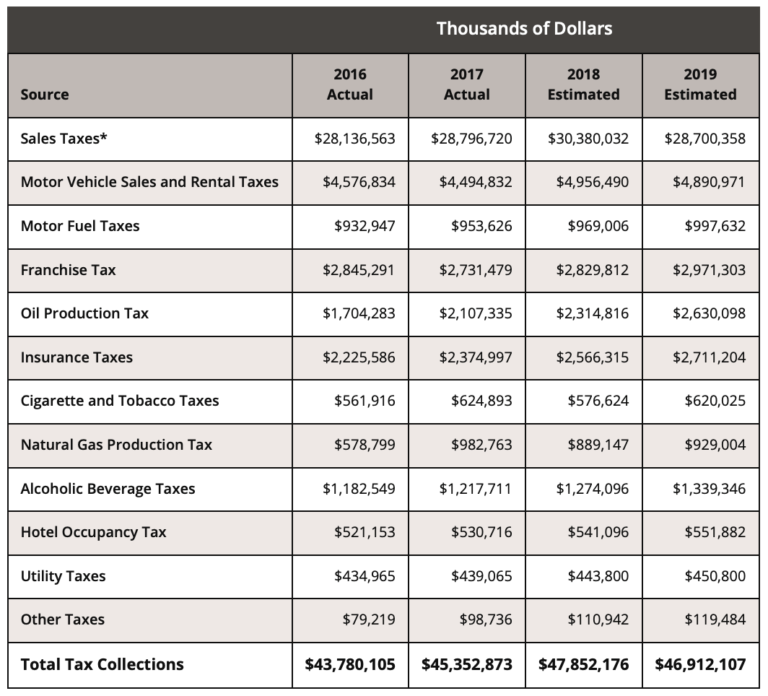 While the US has opted to levy sales tax, many other countries have adopted the value-added tax (VAT) instead. VAT was originally introduced in France in 1954 and, within a few decades, it spread to about 150 countries in the world, from every member state of the EU, Latin American countries, China (who started introducing it in 1984), Russia (1992) and India (2005).

Similar to the sales tax, VAT hits the consumption of goods because the burden of the tax is ultimately borne by the final consumer. However, VAT is paid to the fiscal authorities not just by the final seller, but by all the businesses that contributed to the production of the final good or service.

The logic: every business generates an ‘added value’, ie, the difference between the revenues from the sale of their goods or services and the costs of producing them, so every business is required to charge VAT on the sale price.

Every so often, businesses have to calculate the net VAT debit or credit position and pay the net amount due to the tax administration. Typically, businesses sell their goods and services at a higher price than the costs incurred to produce them, so they tend to cash in more VAT from clients than they pay for VAT to their suppliers.

The VAT system is clearly not simple to administer. It typically requires businesses to keep regular and correct accounts of their transactions in the form of invoices. For businesses, invoices are especially important because they form the evidence for claiming VAT credits (that arise from payment for the goods and services that are received from suppliers).

For the final consumers, VAT is just a cost because they cannot claim the VAT paid on goods and services as a credit. Add to this the different VAT rates that are sometimes applied to different categories of goods (eg, lower VAT rates may apply to health or energy-saving products because of particular policy goals, while higher VAT rates may apply to luxury products) and you can see just how complex it can get.

Taxes on international trade play an important role in international trade policy, industrial policy and foreign policy – not just in the financing of the public sector. ‘Tariff wars’ (ie, protectionist measures that raise taxes on imported products from other countries) are not uncommon. As affected countries typically retaliate by increasing their own customs tariffs as well, these wars have detrimental effects on economic growth.

Nowadays, increased custom tariffs and duties are occasionally used for ‘sanctioning’ other countries whose conduct conflicts with a government’s interests.

Recently, however, initiatives carried out in the World Trade Organisation and regional arenas (eg, North-American Free Trade Agreement, African Free Trade Zone, Association of South-East Asian Nations Free Trade Zone) show an increased tendency towards reducing and harmonising indirect taxation on international trade. The benefits of these initiatives, however, are still up for debate.