Find out more
Home / Healthcare & Medicine / Cancer / An Introduction to Radiation Oncology: From Diagnosis to Survivorship / Radiation therapy around the world

Radiation therapy around the world

In 2012, 14.1 million new cases of cancer were reported worldwide and it is expected that this number will reach 24-6 million by 2030 (Jaffray et al, 2015). In the past, cancer was considered a problem mainly in high-income countries, but research has shown that more than half the cases of cancer in the world are found in people living in low and middle-income countries. 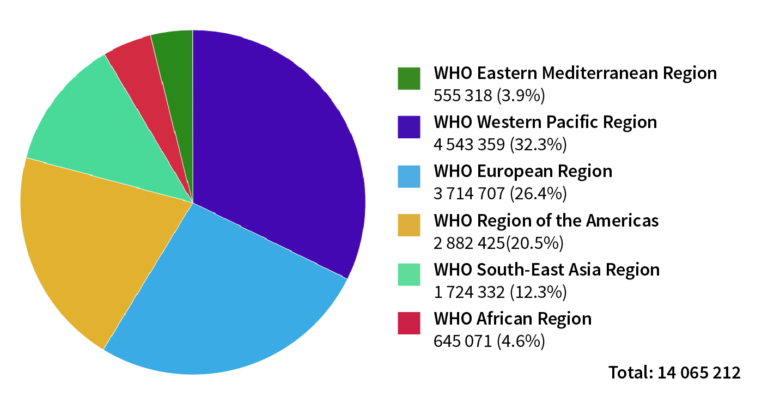 Radiation therapy is an essential component of cancer treatment and care. It plays a role in both the curative (to help cure disease) and palliative (to relieve symptoms) management of cancer.

Many factors have contributed to this inequality such as:

Cancer is a wide range of distinct diseases requiring different treatment approaches but access to treatment should be guaranteed for all patients.

Scaling up radiation therapy from 2015-2035 could lead to a saving of 26.9 million life years in low and middle-income countries over the lifetime of the patients who receive treatment (Rifat et al, 2015). It is cost-effective and brings positive economic benefits in improving cure rates and quality of life for cancer patients.

The Global Task Force on Radiotherapy for Cancer Control (GTFRCC) was established in 2014 to calculate the magnitude of the gap between the current and the desirable access to radiation therapy.

Their focus was to bring attention to the severe shortages in radiation therapy and address how investment could be improved. In addition to calculating the costs, the Lancet Oncology Radiotherapy Commission also calculated the projected benefit from scaling up radiation therapy in terms of lives saved and return on investment. However, the challenge is huge and progress will take time. There is an urgent need for innovation and to engage the younger generation in the global radiation therapy effort.

Innovative approaches such as construction of fully functional modular approach to building comprehensive radiation therapy departments ‘radiation therapy units in containers’ are being considered as a rapid means to provide greater access. This work is ongoing together with encouragement to governments to prepare radiation therapy development plans in the wider cancer control context. This would be consistent with plans already developed in Canada, Australia, Ireland, the United Kingdom, The Netherlands, Brazil and India.