As we have seen earlier on in the course, one method of delivering radiation therapy is by using machines called linear accelerators. 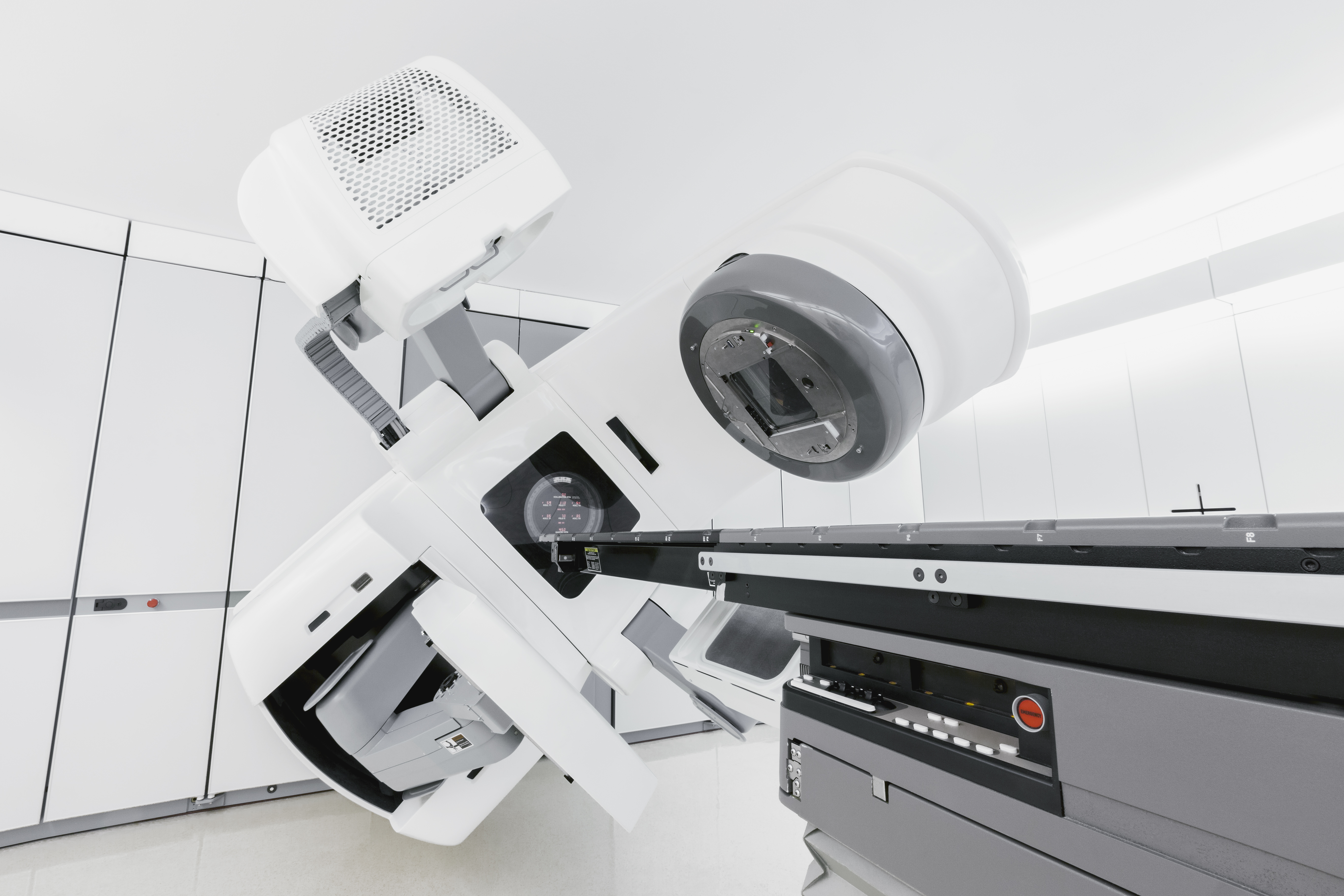 External beam radiation therapy can be delivered using different radiation types, such as photons, electrons, protons and carbon ions. The difference between using these radiation types is based on their beam characteristics. A beam is the high energy x-rays that are generated by a treatment machine. 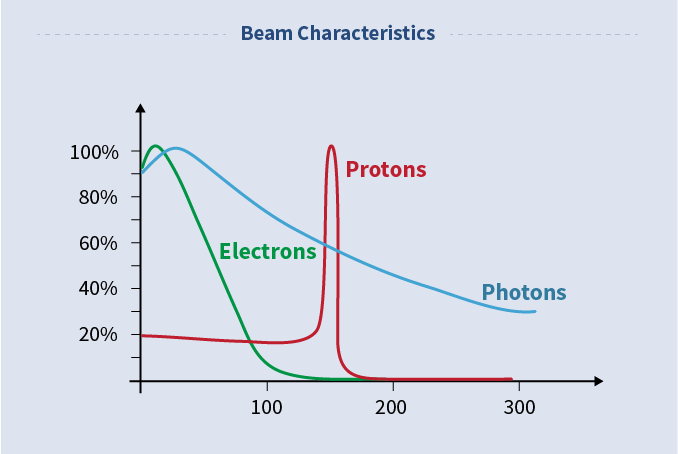 This graph is known as a percentage depth dose curve. What we can see from this curve is the depth that the beam can penetrate to in millimeters (mm) on the horizontal axis, and the relative percentage dose on the vertical axis.

3DCRT is planned using 3D images, such as CT or MRI, and the radiation beams are shaped (conformed) to the tumour as much as possible. 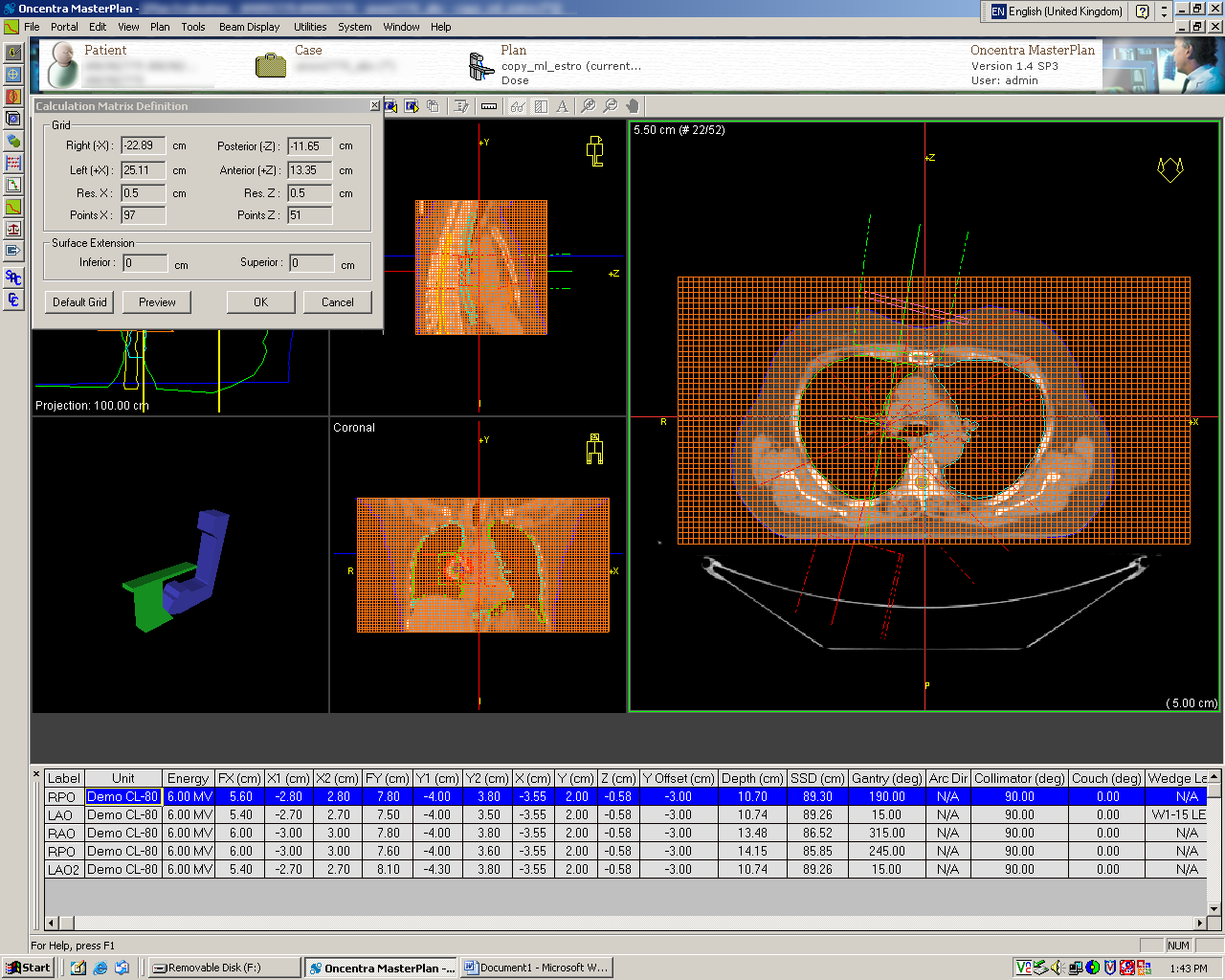 IMRT is another treatment technique and also a form of conformal radiation therapy. This means that the intensity of the beams used to treat the tumour can be varied in order to shape the dose very precisely to the tumour. IMRT can be delivered in a number of different ways on the linear accelerator. 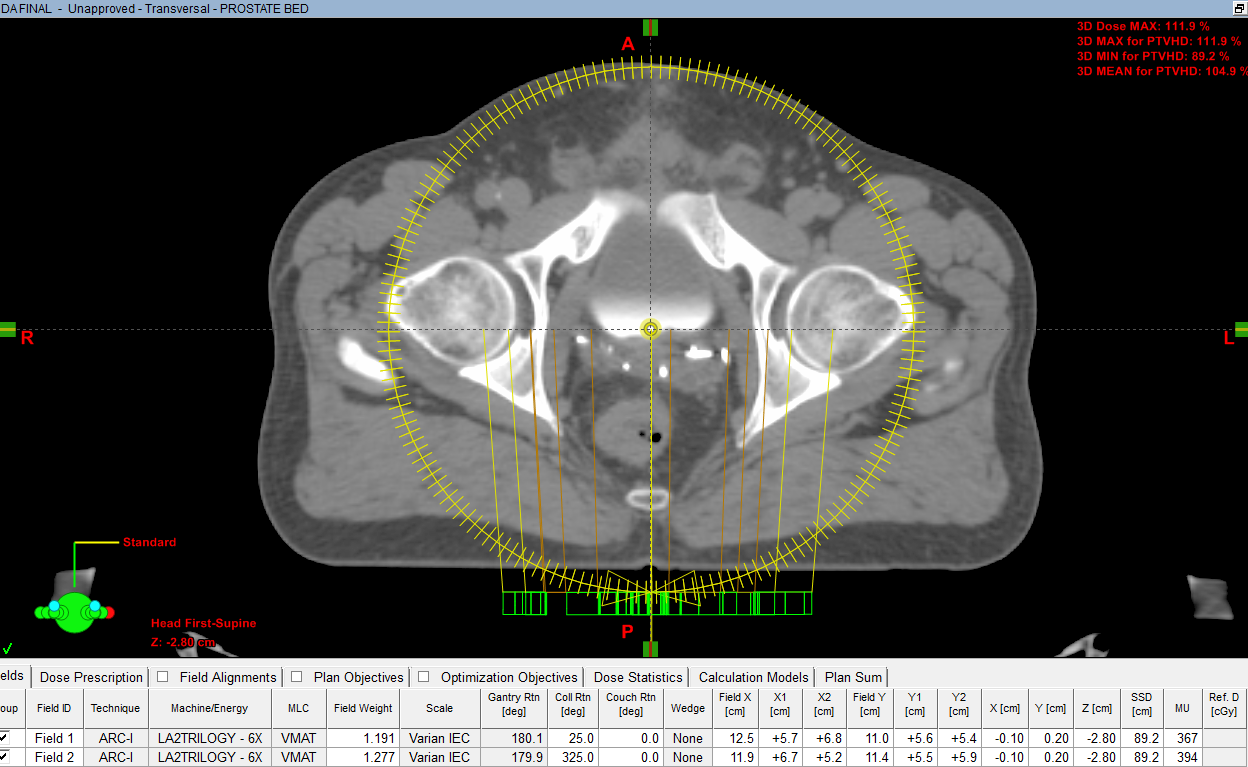 Stereotactic radiation therapy can be used to treat brain, early stage lung, pancreatic, and prostate tumours, among others. It conforms extremely precisely to the tumour and requires millimetre accuracy. Therefore patients will be positioned and immobilised using specialist devices as well as using advanced imaging methods while lying on the treatment couch. 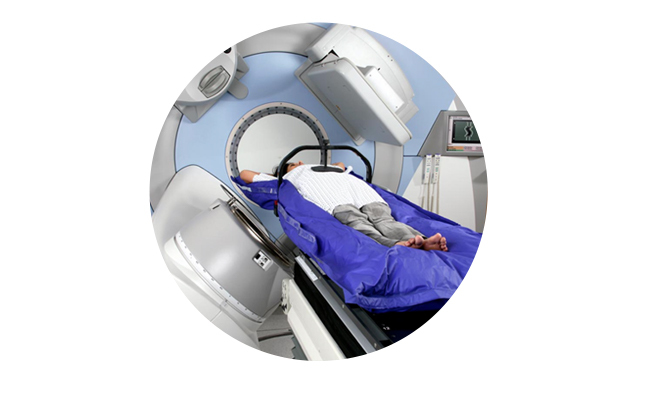 Brachytherapy is another common method of delivering radiation therapy. However, this therapy is delivered internally in the body. Very small sources are implanted directly into or very close to the tumour. These sources deliver gamma rays, which have the same effect on the tumour as x-rays delivered in external beam radiation therapy. Brachytherapy can be delivered by high dose rate (HDR) or by low dose rate (LDR). 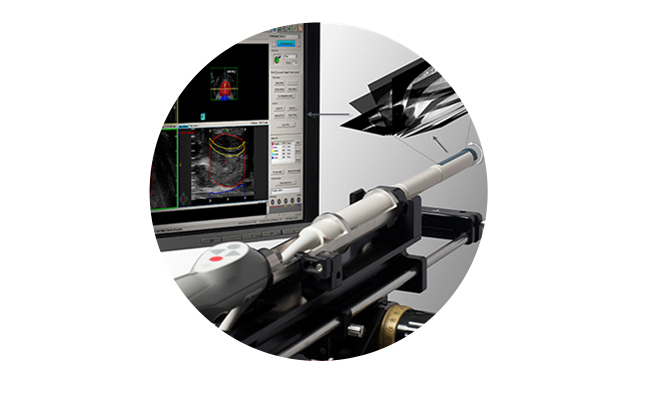 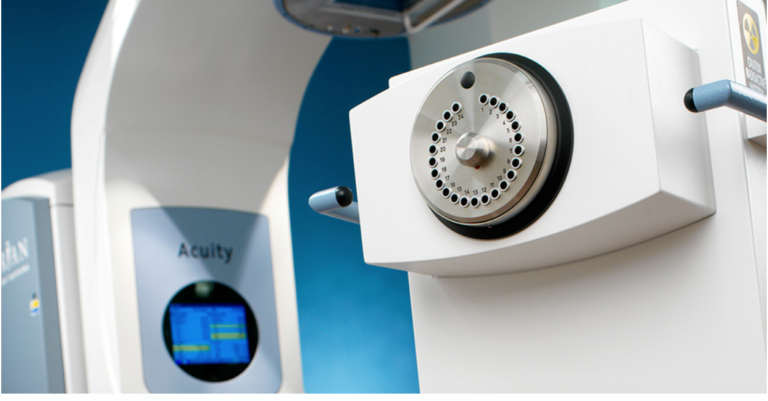