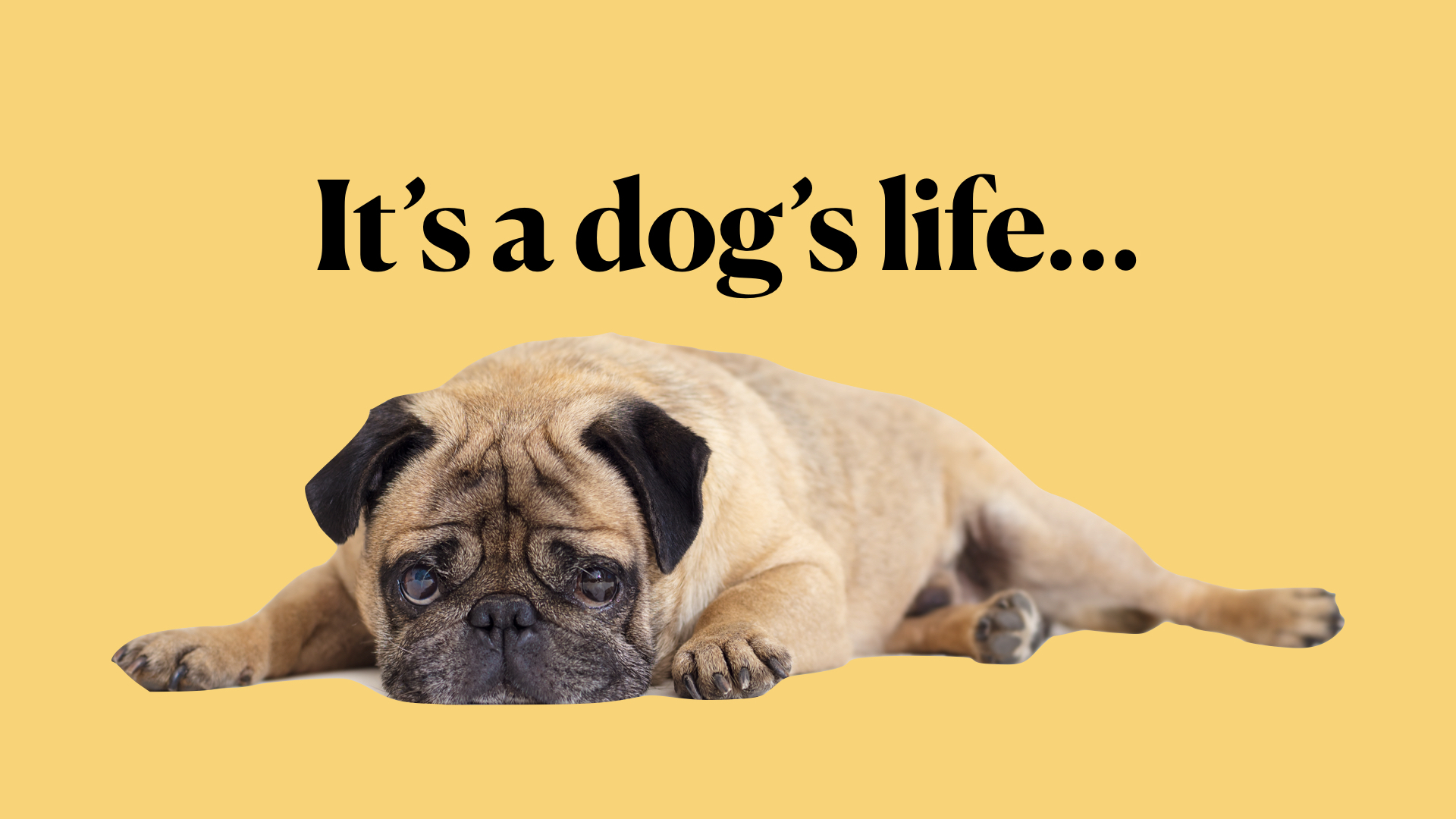 The concepts of unpredictability and uncontrollability as potential causes of distress and psychopathology have improved our comprehension of many psychopathologies.

In particular, unpredictability and uncontrollability are crucial concepts for one of the most studied animal models of depression, called learned helplessness.

Overmier and Seligman (1967) studied the role of inescapable shocks in the subsequent acquisition of escape and avoidance responses by training dogs in two different experimental conditions. 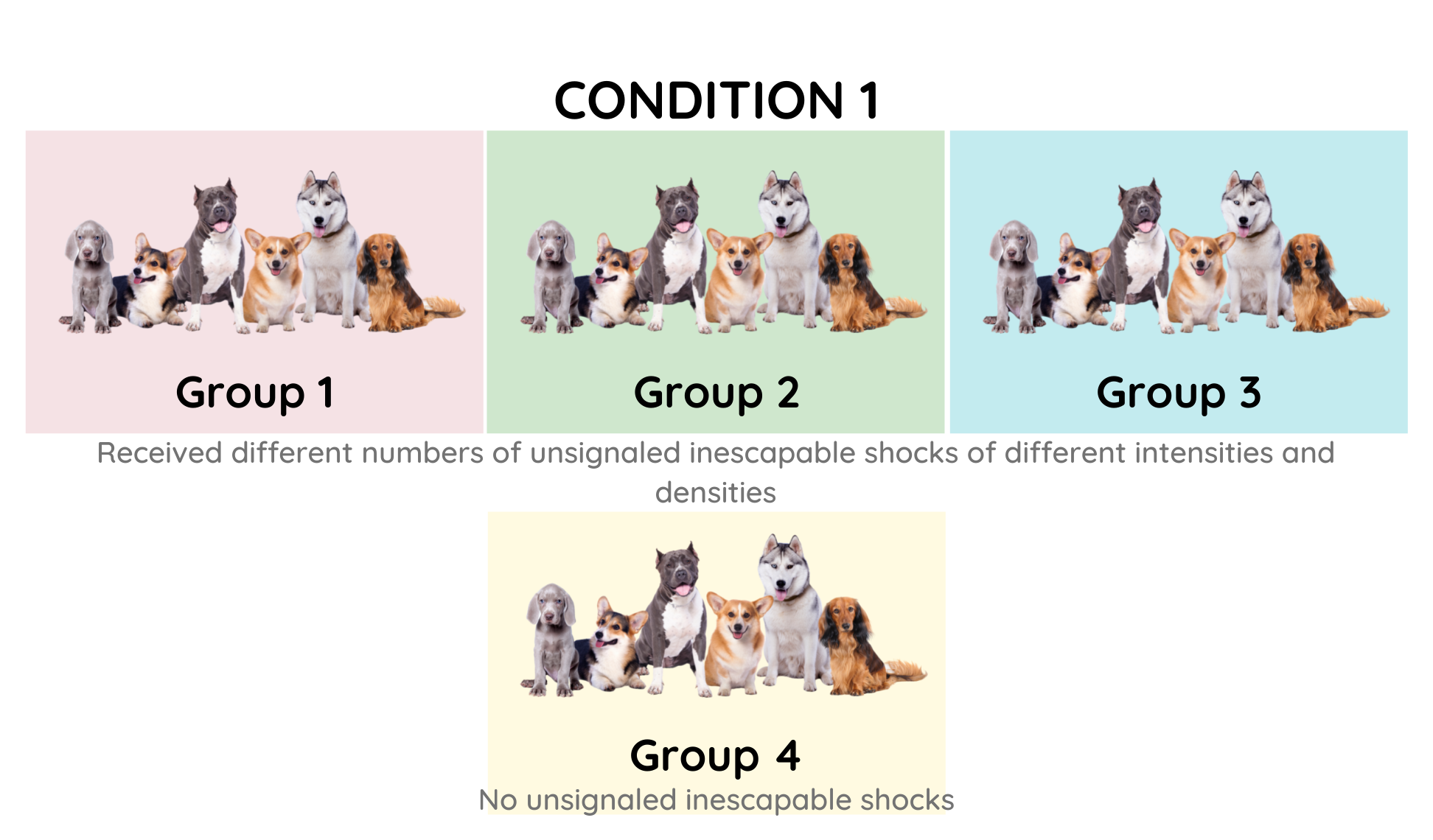 In Condition 2, dogs belonging to all experimental groups were trained to escape and avoid signaled shocks in a two-way shuttle box: dogs that experienced unsignaled and inescapable shocks in the previous condition were slower in learning escape/avoidance behaviours, regardless of the number of shocks received or their intensity. In addition, failure to escape in Condition 2 were more common in the groups trained with inescapable shocks (but not in the control condition). 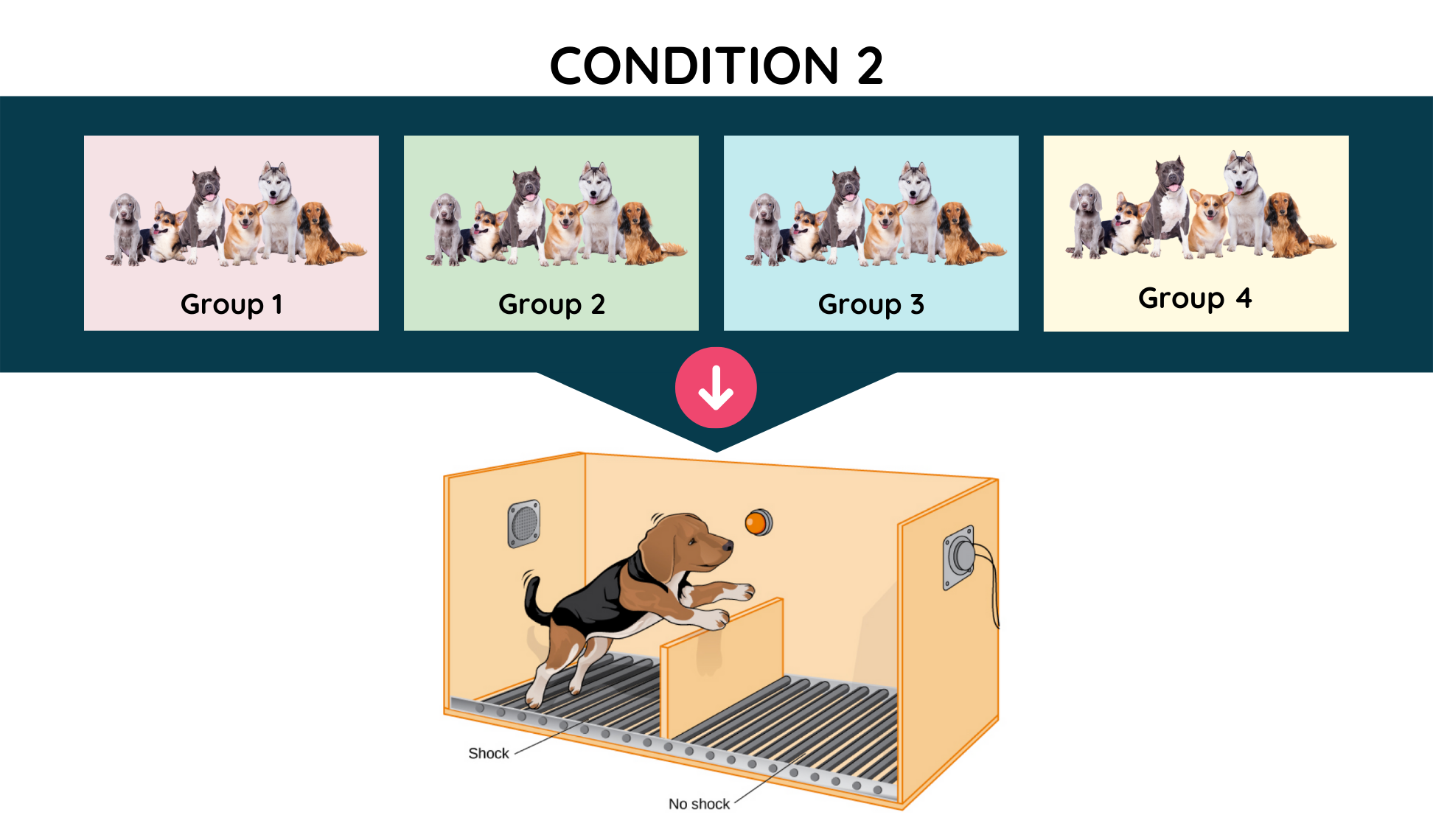 The authors advanced the hypothesis according to which helplessness is learned when an animal is taught that its responses are not effective in controlling aversive consequences.

In the same year, Seligman and Maier (1967) evaluated whether uncontrollability over aversive experiences was a causal factor in learned helplessness, comparing the escape and avoidance performance of three groups of dogs in the shuttle box.
Dogs in Group Escape received escape/avoidance pre-training in a movement-restricting harness; dogs in Group Yoked received the same frequency, duration, and intensity of shocks while in the restrictive harness, but without the opportunity to escape or avoid the shocks (i.e., they received uncontrollable shocks), and finally, dogs in Group Normal did not receive any pre-training.
Dogs in Group Normal learned to escape and avoid aversive stimulation in the shuttle box rapidly and with only a few errors. Critically, dogs that received a pre-training phase in which they had experience controlling aversive stimulation (i.e., Group Escape) did not show behaviours indicative of learned helplessness, whereas the Yoked group displayed learned helplessness (i.e., large latencies in escaping and many failures to escape the shock).
Considering that Groups Yoked and Escape received equivalent aversive stimulation (indeed, these two groups differed only in that dogs in the Escape group learned to terminate shocks and dogs in the Yoked group did not), it is likely that learned helplessness is caused, not by the aversive experience itself, but by the experienced uncontrollability in the pre-training phase.
The authors also asked whether pre-training with escapable shocks in the shuttle box prevents the usual detrimental effects of inescapable shocks in the harness. Performance of dogs that received pre-training with signaled and controllable shocks in the shuttle box (before receiving uncontrollable and unsignaled shocks) paralleled the behaviour of those that never received inescapable shocks, and contrasted with the behaviour of subjects that did not receive escape pre-training before the inescapable shocks.

Accordingly with Seligman (1975), helpless animals have a motivational deficit, evidenced by a lack of effort to act in the world, an associative deficit, evidenced by retarded acquisition of new contingencies between responses and consequences, and an emotional deficit, shown by apathy and other signs of distress. Without a doubt, those studies have helped psychologists propose the learned helplessness hypothesis.

In short, this hypothesis maintains that, when we receive an inescapable negative stimulus, we learn that our behaviour is independent of the consequences we receive.

Seligman noticed that people with reactive depression find it more demanding to initiate simple tasks (i.e., a motivational deficit), they do not see their behaviour as causal of the consequences they receive (i.e., an associative deficit), their physiological and emotional status changes (i.e., an emotional deficit), and also, as occurs with learned helplessness, (reactive) depression vanishes with time (more so the motivational and affective deficits than the associative deficit).
These similarities brought Seligman to propose uncontrollability as the main etiological factor in depression: Depressive people would suffer from motivational, associative, and emotional deficits caused by confronting one or many uncontrollable situations (such as the death of a loved one or the difficult to find a job), similar to the dogs studied in his laboratory.

Applications of the theory

Even though Seligman’s initial theory and model of depression has been revised to include cognitive aspects of human psychopathology (e.g., attributions about lack of control), its contribution to the understanding of depressive mood disorders is unquestionable. In search for applications, Seligman, Maier, and Geer (1968) tested whether or not one can teach dogs previously rendered helpless that their behaviour can actually influence the aversive consequences they receive and can decrease the deficits provoked by prior uncontrollable aversive stimulation.
The authors treated dogs that chronically failed to escape shocks in the shuttle box after receiving uncontrollable shocks in the training harness. The treatment consisted of shaping the escape/avoidance behaviour in helpless dogs, eliminating the barrier that dogs have to cross to avoid the shocks in the shuttle box and calling them from the other side, and then later, forcing the dogs that did not learn to escape/avoid under the first manipulation by physically dragging them to the safe side of the box when appropriate.

After these manipulations, all dogs showed good escape and avoidance behaviour, even when the barrier was back in position.

This outcome was evident even after a period of time, suggesting enduring effects of the treatment. Electroconvulsive shocks and select drugs (e.g., desmethylimipramine) have also been shown to disrupt the interference produced by uncontrollable shock. Of translational importance, releasing animals with learned helplessness from their deficits has been widely used as a criterion to test the efficacy of antidepressants.

To read more about the studies mentioned in this step, take a look at the Downloads section for the References list.