What is Alzheimer’s disease? Many paws on a single question.

What is Alzheimer's disease? Many paws on a single question. 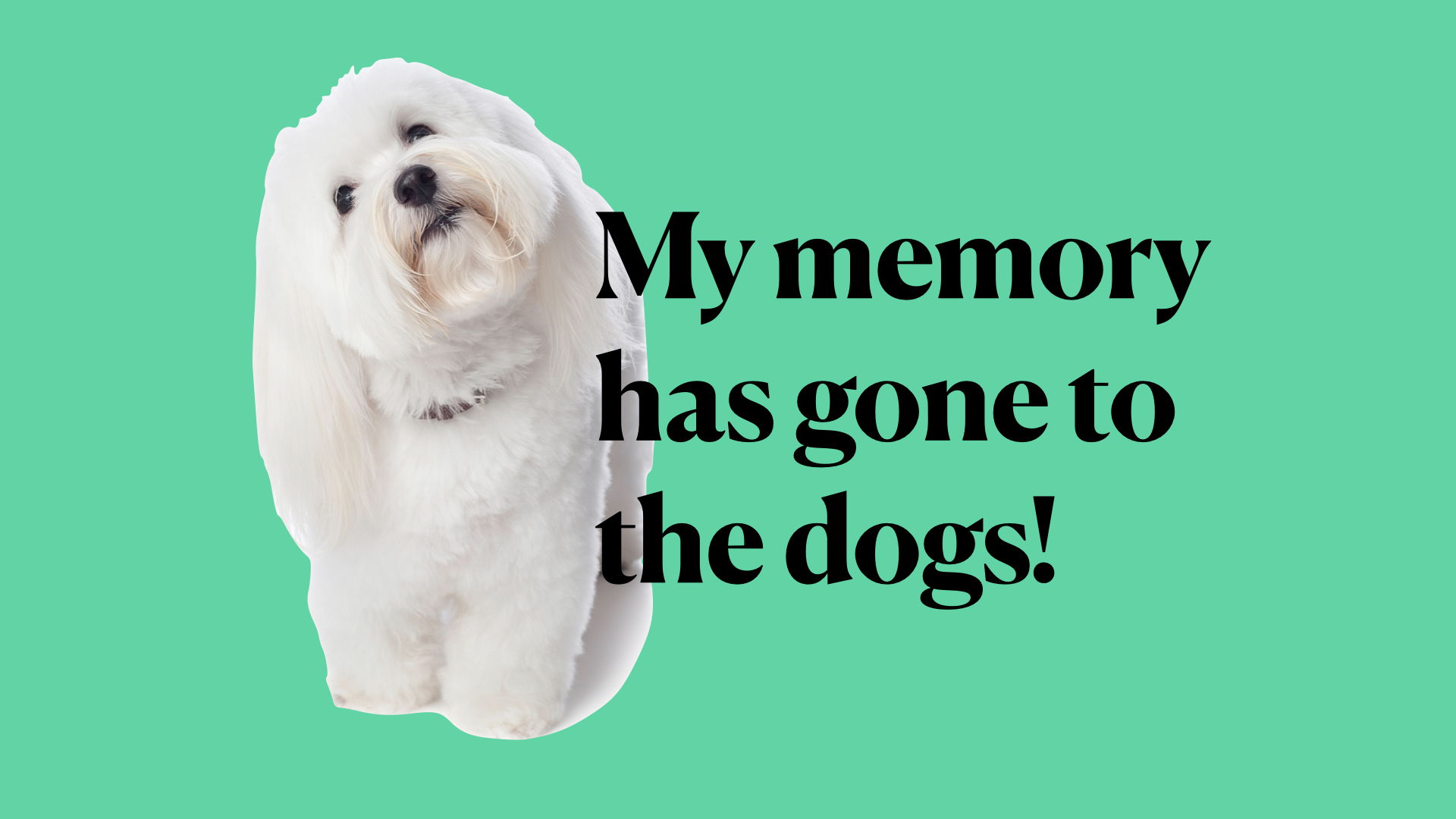 Alzheimer’s disease (AD) is a neurodegenerative disorder marked by cognitive and behavioural impairment, and it greatly interferes with social and occupational functioning.

Unfortunately, it is an incurable disease with a long preclinical period and a progressive course, and it affects approximately 5.4 million people globally, mainly the elderly. The etiology of AD is unknown, but there is still a general agreement in favour of the amyloid hypothesis.

In a few words, plaques would develop in the hippocampus, a structure deep in the brain that is fundamental for memory, and in other areas of the cerebral cortex that are involved in higher cognitive functions and motor control. Whether plaques themselves cause the disease or, instead, whether they are a by-product of the AD process remains unknown.

Given the high incidence of this disease among elderly people, the interest in finding prevention for AD is understandably great. The development of proper animal models is considered essential in this process.

View Course
As in other research fields, no perfect model exists and the question becomes whether the best models available are good enough. We can divide the potential animal models at least in three different categories: natural, genetic, and interventional models.

Many animals spontaneously develop some neuropathological features similar to Alzheimer’s disease. These animals are then defined as potential natural models because researchers can observe natural changes in the brain across its life span, both in terms of neural and in terms of cognitive skills that resemble this disease.

Dogs, for instance, are considered a useful model for AD due to the close proximity of canine and human brain ageing. Dogs develop extensive extracellular b-amyloid plaques (the ones that typically are spread in Alzheimer’s disease) and the extent of this plaque deposition correlates with the decline of some measures of cognitive function. In terms of chemical composition, the amino acid sequence of these plaques is also similar between dogs and humans.

Among non-human primates, mouse lemurs have the potential to be an animal model in this field, as they also exhibit amyloid plaques and other related neuropathology. 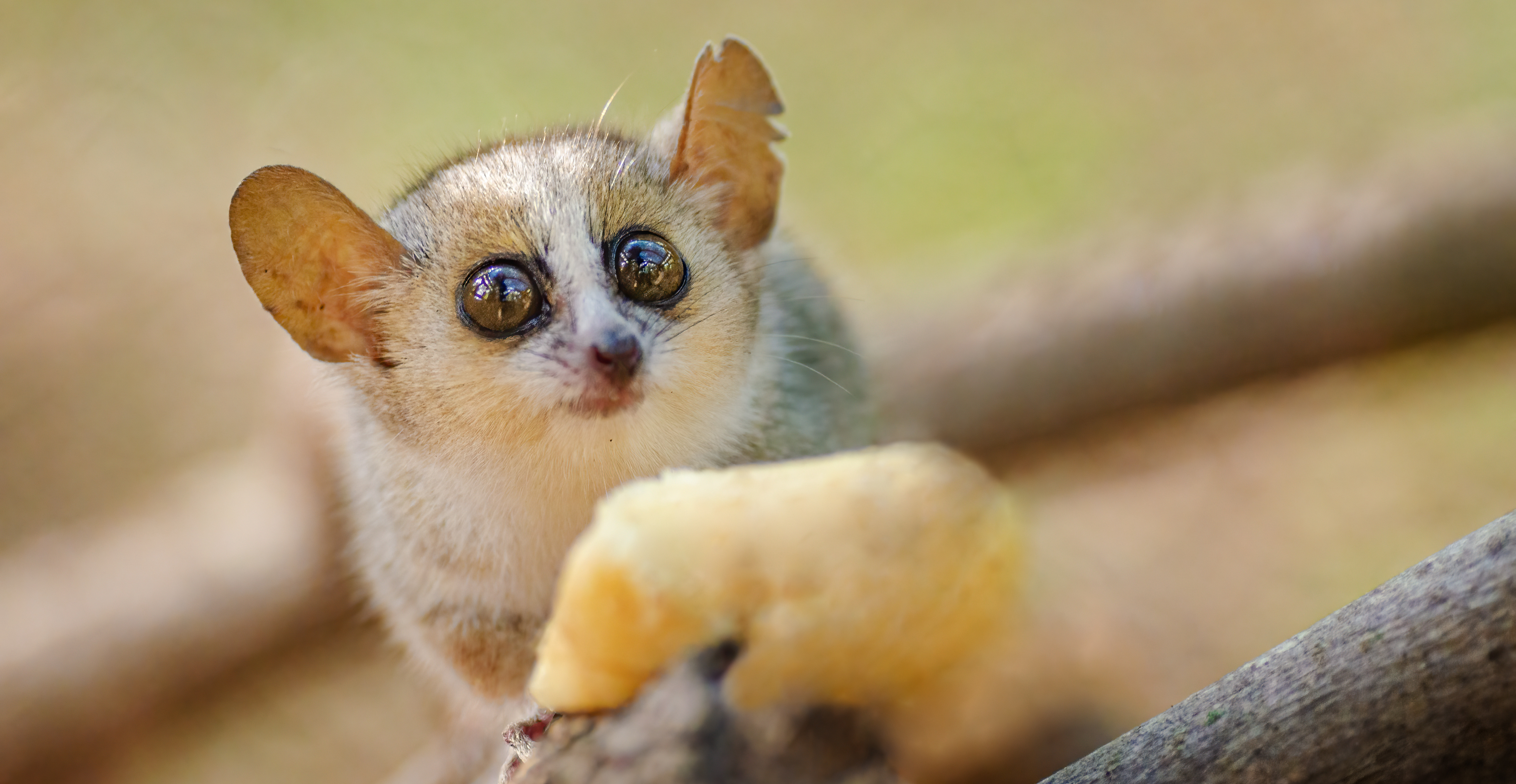 A mouse lemur
Moreover, a similar decline in declarative memory and executive function has been reported in both aged human and aged mouse lemurs while the procedural memory appears to be conserved in both species.

Rhesus monkeys and humans also share many diseases of ageing; as these monkeys show significant amyloid-plaque-like lesions in areas of brain responsible for cognitive function, they represent probably the most successful models to identify diagnostic markers and the development of safe and effective treatments for human brain disorders. 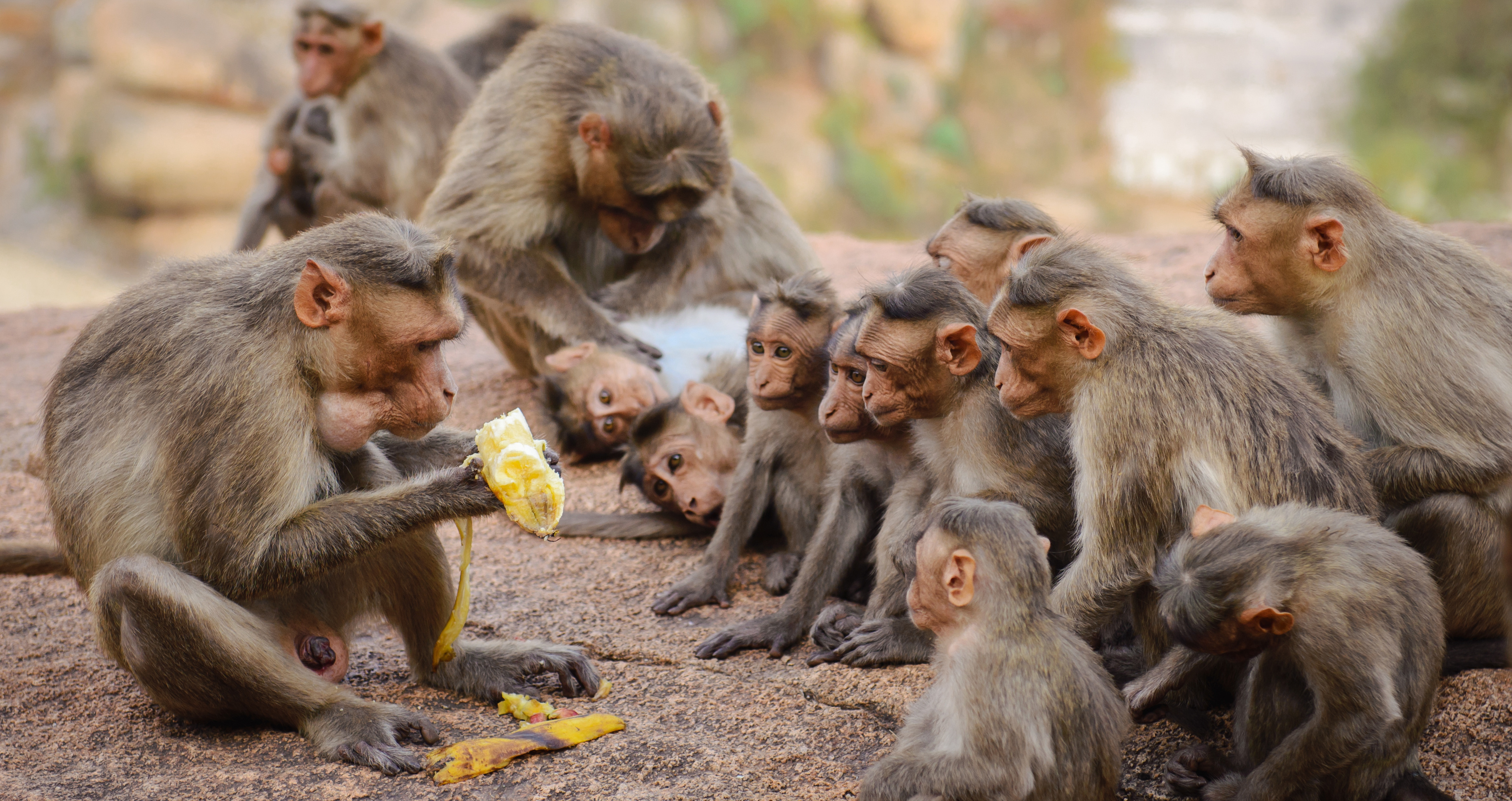 Rhesus monkeys share with us many diseases of ageing
These species however are not models in genetics, therefore their use cannot help us to solve questions on the origin of AD.

Transgenic technology provides a unique opportunity in reproducing the cause of familial (hereditary) Alzheimer’s disease.

Mice have extensively been used as transgenic models in several fields. In the case of AD, they can greatly help us to understand the molecular mechanisms associated with the production of b-amyloid plaques, deposition and clearance, and the effects of these plaques on the neuronal network that plays an important role in cognitive functions.
Just to give you an idea, the amino acid identity between both human and mouse amyloid precursor protein is 96.6%, with only three amino acid residue differences in the amyloid-β (Aβ) sequence. Therefore, transgenic models can test the role of specific genes that encode the same proteins implicated in AD pathology in a way that research on human studies cannot do.
However, progressive neuronal loss in hippocampus and specific neocortical regions of the Alzheimer brain is not evident in most of the transgenic mouse models, a fact that represents a clear limitation in the use of this model. Also, transgenic mice represent only the cases of those suffering from familial AD, which is a small percentage of all AD patients.

Unfortunately, there seems to be no a robust mouse model enable to reproduce the features of disease progression of vast majority of AD cases.

The fruit fly is an alternative animal model of genetics of neurodegeneration. This insect has a well-known anatomy. It possesses a small brain and a different neuroanatomical organization compared to humans; however, its brain is similar in the fundamental aspects of cell biology, in terms of regulation of gene expression, membrane trafficking, neuronal connectivity, cell signalling, synaptogenesis and cell death to human brain.

Fruit flies have a well-known anatomy
Moreover, the fully sequenced genome, together with its short life cycle represent an unquestionable advantage. Together with fruit-flies, we can understand the genetics of AD; however, we cannot test all the dysfunctions that are associated to the hippocampus in AD patients, because invertebrates lack these brain structures. Hence, we need again to search for other species to integrate our knowledge and try to shed light into the origin of AD.

Pharmacological or chemical substances into the animal brain may replicate some of the characteristic features of AD, helping us to better understand the origin and the progression of the disease. In many cases, researchers introduce the β-amyloid peptide into the model brain.

Rhesus monkeys and rats in the past represented the most important models in this field. Pharmacological investigations clearly helped contribute to our understanding of the pharmacokinetics of the drugs currently used to help patients with their memory problems. That said, pharmacological research did not find a model that universally mimics the neurophysiology of human brains.

In summary, to date, the so-called animal models of AD cannot be considered exhaustive models of disease. This led some authors (e.g., Cavanaugh et al., 2014) to state that that, rather than continuing to use existing models or attempting to create new transgenic lines, we should move away from animal models and take advantage of postmortem studies, human patient samples, and tissue biobanks. The debate is largely open.

In my opinion, the present challenge is not to decide whether or not we need to throw the baby out with the bathwater, but rather to identify which part of the overall human disease a particular animal experiment addresses.

In their hands, scientists already have the solution to the puzzle. Each pawn can provide us only some components of the puzzle, sometimes even a single piece; it is our job to put any piece in the proper place, like Alzheimer patients do with their elusive memories.