How to get started in programming for robotics

In this article, we introduce programming, the important languages, and how you can get started with tools like Arduino and Raspberry Pi. 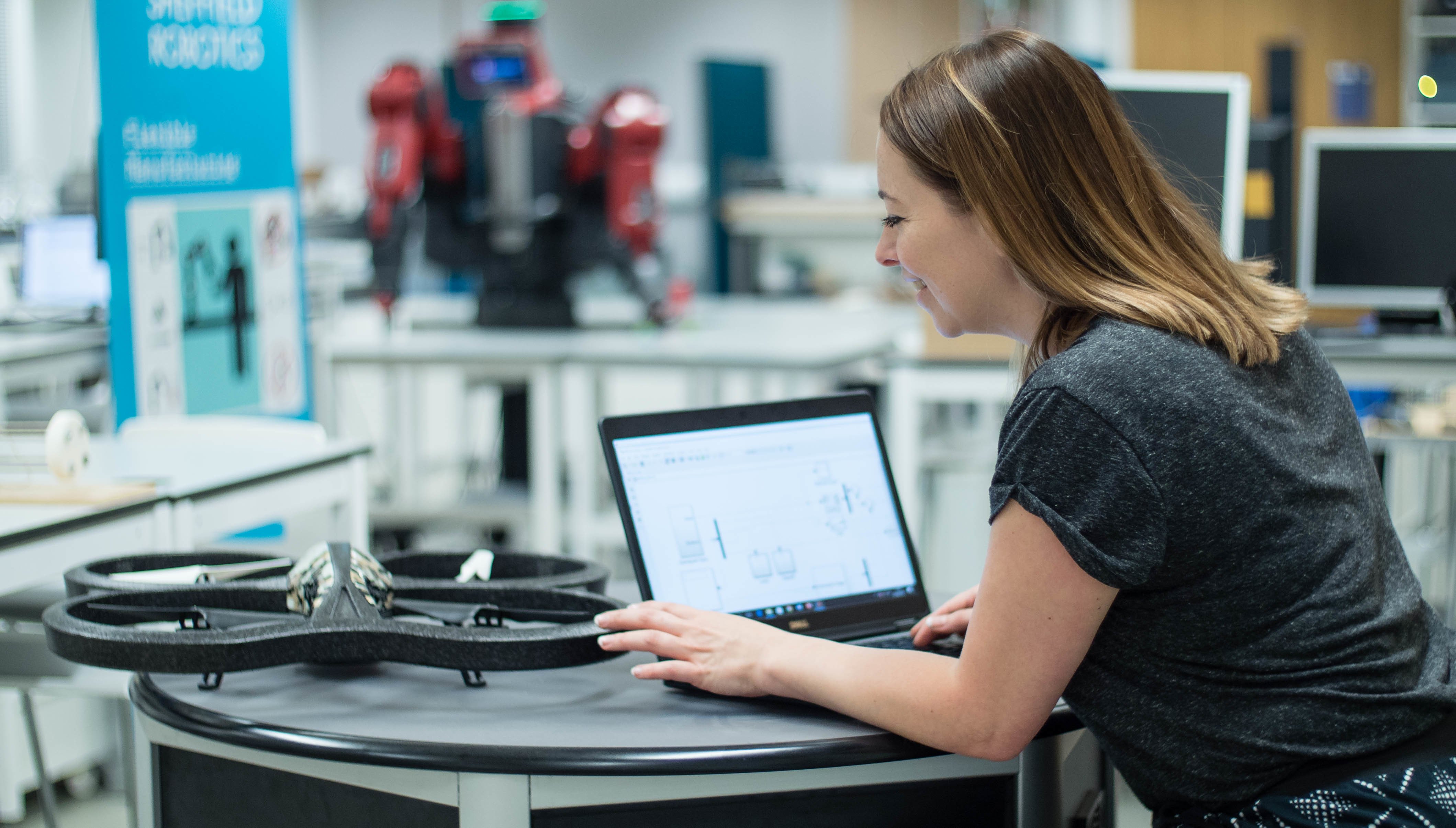 Programming is a key skill to develop for working in robotics. In this article, we’ll introduce programming, the important languages, and how you can get started with tools like Arduino and Raspberry Pi.

What is a computer program?

Robots process sensor data, perform cognition and plan actions using computer programs that are executed on a processor. Computer programs are essentially a set of instructions that operate on an input to produce an output.

Example: A face recognition program in a robot will:
1. take an image of a person as an input,
2. scan the image for a specific set of features,
3. compare these features to a library of known faces,
4. find a match, then
5. return the name of the person as an output.
The program will perform exactly these same set of instructions every time it executes.

View Course
Most programming languages are written in normal text, which is easy for humans to understand. Programs are then compiled into machine code for a processor to execute (or byte code, for a virtual machine to execute).

There are numerous programming languages available, e.g. C/C++, Java, Fortran, Python etc. The most popular language in robotics is probably C/C++ (C++ is an object-oriented successor to the C language). Python is also very popular due to its use in machine learning and also because it can be used to develop ROS packages – see below.
There are additional, important software tools used in robotics, in particular:

C programming and the Arduino microcontroller

The C/C++ language is one of the most widely used programming languages in robotics. The Arduino microcontroller uses a programming language based on C and is a great way to learn the basics of this important language whilst doing hands-on robotics.
An Arduino MEGA 2560 microcontroller. The microcontroller is in fact just the large chip in the centre of the Arduino – this is the component that you program: high-level code that you write is compiled down to machine code that is embedded on this chip. The pins at the top and bottom are for connecting input devices, such as sensors, and output devices such as motors.
A basic Arduino (Uno) costs about EUR 19 and the program development environment can be downloaded for free from the Arduino website where you’ll also find many example projects and tutorials.

Python and the Raspberry Pi

What are the differences between an Arduino and a Raspberry Pi?

The Arduino and Raspberry Pi are both useful for robotics projects but have some important differences.

An Arduino is a microcontroller, which is like a simple computer but which runs and loops a single program that you have written on a PC. This program is compiled and downloaded to the microcontroller as machine code. The Arduino is well suited to low-level robot control and has features like analogue-to-digital conversion for connecting analogue sensors.

A Raspberry Pi (RPi) is just like a normal PC and so is more versatile than an Arduino but lacks features like analogue-to-digital conversion. The RPi runs a Linux operating system (usually Raspian). You can connect a keyboard, mouse and monitor to an RPi, along with peripherals like a camera – very useful for robotics. (Due to the fact that the RPi runs Linux you can also install ROS although it can be a bit tricky to set up.)

If you’d like to learn more about programing for robotics, check out the full online course from The University of Sheffield, below.