Autonomous robots operate and perform their tasks without intervention from a human controller. These robots use sensors and algorithms to act.

Autonomy is… freedom from external control or influence; independence.

Robots can venture into environments that are extremely hostile to humans, allowing us to gather information and study important environments we wouldn’t otherwise be able to. 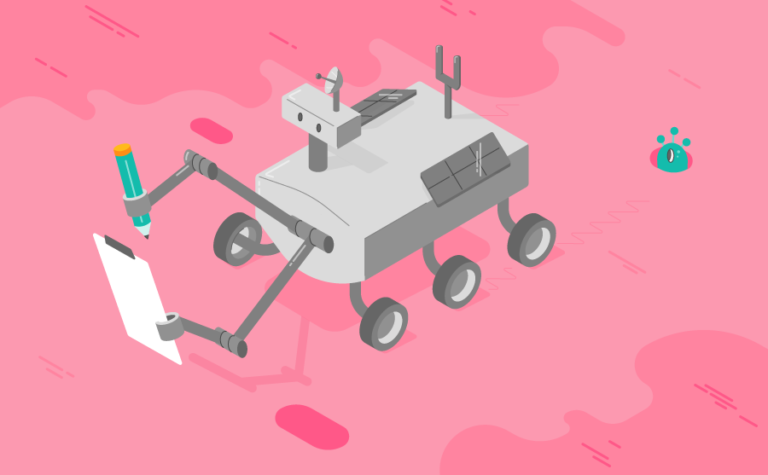 Extraterrestrial exploration is one area in which robots are making a huge impact. Robotic space rovers are able to collect data and send it back to scientists on Earth for study. Autonomy allows space rovers to make decisions and perform time-sensitive tasks without the time lag that would be involved in sending them signals from Earth.

The primary directive for space rovers is data collection. They also need the ability to navigate to achieve this mission. Cameras on top of the rover take images and video of the surface of the planet, to study the landscape and terrain. Microscopic cameras take extreme close-ups of soil and rocks, showing minerals and textures on their surfaces. Light spectrometers analyse the properties of soil and air by examining the light they absorb and emit. Air quality, humidity, barometric pressure, and temperature sensors take readings of these environmental properties, to establish weather patterns on a seasonal basis.

You can see a full list of instruments on the Curiosity Mars rover here.

Autonomous robots can use clever algorithm design to make decisions much more quickly than a human. This can improve safety, and one of the most promising uses is driverless cars. 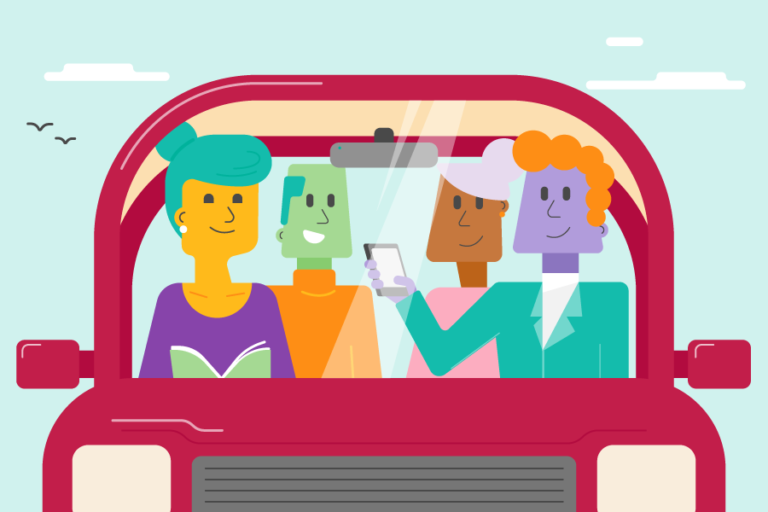 The first driverless car was dreamt up in 1938, over 80 years ago. By 1958, there was a working model: the car could operate without a driver, and was propelled by electromagnetic fields generated by cables embedded in the road.

Fast-forward to current technology, and algorithms are running the show. A lot of cars now on the road have semi-autonomous features, such as drive assist and assisted parking and braking. Truly driverless cars are now in development by many different companies. These systems are being tested and tweaked and are expected to be ready for general use as robotaxis in the next decade, although consumers will have to wait a bit longer to drive one themselves.

Driverless cars combine an array of sensors to collect a remarkable amount of information about their surroundings.

Radar sensors around the edge of the car monitor the positions of nearby vehicles. Video cameras monitor less regular stimuli, such as road signs and pedestrians. Light detection and ranging (LIDAR) sensors, which use lasers in the same way as UDS uses ultrasound, are used to check for the edge of the road and road markings, which are typically white and reflect light well. Ultrasonic distance sensors are used near the wheels to detect kerbs and other vehicles while parking. All of the data collected by these sensors is processed by an on-board computer, which will adjust the steering, acceleration, and braking accordingly.

Rescue robots can be sent into disaster zones to search for life. These robots are deployed into situations that are extremely dangerous but in which it is essential to save lives, such as house and forest fires, earthquake zones, and tsunami or hurricane landing zones. These robots are designed specifically for a single type of disaster, so this category covers a wide range of robots. 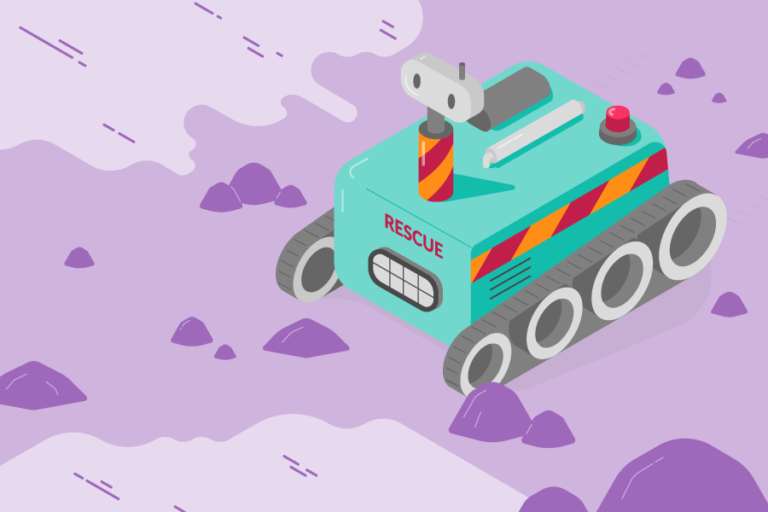 Due to the wide range of robots in this category, this breakdown will be more general. These robots have a variety of sensors that are used to navigate the terrain, detecting obstacles and dangerous terrain so that they can be avoided. The movement apparatus in these robots is often one of the robot’s most complex parts, making them able to roll or swim around many obstacles, or even move them if necessary. Aquatic rescue robots use propulsion systems to move through the water; land rescue robots are often equipped with treads that roll over difficult terrain much more easily than wheels do. Finally, an array of sensors is included to allow the robots to make decisions about where to investigate and how to get there; you will have seen a few of these uses in the earlier step on sensors.

Another use for autonomous robots is on production lines in factories. What sensors would they use? What tasks do they perform?

From your own experience, or by doing some research, answer the question above and post your thoughts in the comments section.