Read a short historical overview about ancient Rome, to discover more about the conquering city and her humble beginnings. 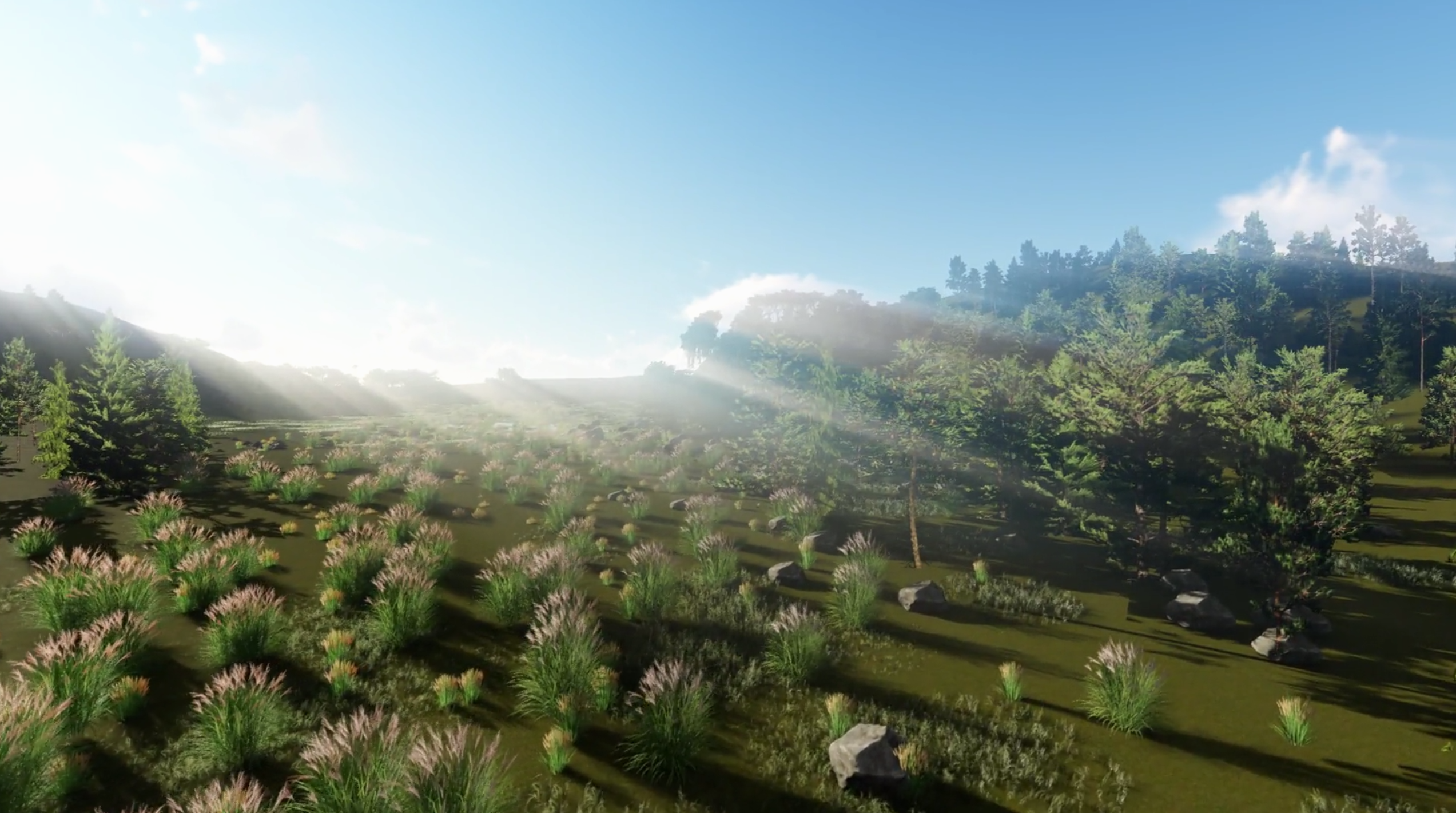 The passage by the Roman historian Livy praising the site of Rome is put into a speech by a general called Marcus Furius Camillus:

Not without reason did gods and men choose this spot for the founding of our city—the healthy hills, the convenient river by which produce from the inland regions could be brought in, and sea-borne commerce received; the sea itself, near enough for convenience but not exposed by too great proximity to the danger of foreign fleets; our location in the middle of Italy—all these advantages make it of all places in the world the best for a city destined to grow great.
Livy, 5.54.

It’s true that the site of Rome offered many advantages of geography, natural resources, convenient but not too-close access to the sea, and connection to the wider world. The Romans felt that the site of their city was a sign of divine favour: with such an excellent location, surely their rise to world dominion was foreseen and approved by heaven. Later this argument was extended to cover the whole Mediterranean world, with Rome in the centre governing an expanding ring of provincial conquests.
The first settlers of the site of Rome were people we call Latins, one of a number of Italic peoples who settled Italy from the mid-second millennium BC. Rome was in an area of central Italy known as Latium, with Etruria (home of the Etruscans) to the north and Samnium to the east. Further south, colony cities founded by Greek settlers were beacons of sophistication and wealth during Rome’s early years.

Figure 1: Map of the Italian Peninsula around 400 BC. © Map adapted from image via Wikimedia Commons under licenseCC BY-SA 3.0

At Rome, archaeological investigation shows human habitation on the Palatine and Esquiline hilltops, with some traces in the intervening valleys, from the early first millennium BC onwards. This date roughly corresponds to the legendary foundation by Romulus in 753 BC. Later writers romanticised whatever folk memories remained of this early Rome; here, the poet Virgil sends his hero Aeneas (a refugee from Troy and founder of the Roman race) on a tour of the city’s future site with the humble local king Evander, where he sees cattle grazing in what would one day be the heart of the city:

… they came to the house of humble Evander, and saw cattle here and there, mooing where the Roman Forum and the fashionable Carinae district would be.
Virgil, Aeneid VIII.359-61.

By the sixth century BC Rome was growing into an important urban centre, with substantial engineering interventions to turn the hilltop villages into a single town. The draining of the forum marshes, the building of the Servian Wall, and the creation of the Capitoline Temple – all spoke of the wealth and ambition of the city, and also of its rulers. These rulers were kings, whose names were transmitted by Roman legends that may preserve some traces of historical truth; the idea that at least a couple of these kings were from neighbouring Etruria, for example, matches what we know about mobility between these neighbouring power blocs. Later Romans saw Etruscan origins in elements of their religious ceremony and tradition; the emperor Claudius even wrote a book about it.
Rome’s expansion continued when her citizens overthrew the monarchy and instituted a republic, conventionally dated to 509 BC. Under this new constitution of annually elected magistrates, ruling in pairs to mitigate the risk of any individual taking sole king-like control, the city’s power extended throughout central Italy by a series of conquests and treaties. As enemies were co-opted as allies for the next campaign of conquest, a momentum built up that saw Rome start to acquire overseas provinces.
By the mid-second century BC Rome’s empire extended to the Greek world (Corinth fell in 146 BC), where her armies were dazzled by the fabulous wealth and sophistication of the Hellenistic royal capitals, built by the successors of Alexander the Great. With their temples, porticoes, palaces, theatres and marble monuments, these cities were a stark contrast to the Romans’ world of simple timber and terracotta buildings and winding streets. As Greek artworks, craftsmen, and ideas poured into Italy, Rome’s idea of itself as an urban centre started to change. Roman moralists warned against the influx of Greek luxury as a debilitating influence, but the tide could not be turned.
The wealth of these overseas conquests destabilised Rome’s constitution. Mighty figures like Julius Caesar and Pompey fought for supremacy, using magnificent public building projects as one tool for courting popularity. Here the imperial biographer Suetonius lists a range of enormous architectural and civil engineering projects that Caesar had apparently intended to carry out:

… for the adornment and improvement of the city, and also for the protection and extension of the Empire, he planned more and greater projects every day: first of all, to construct a temple of Mars, greater than any in existence, filling up and levelling the lake in which he had put on the spectacle of a mock sea-battle, and to build a theatre of enormous size, sloping down from the Tarpeian rock; … to make public the greatest possible libraries of Greek and Latin books … to drain the Pomptine marshes; to let out the water from Lake Fucinus; to make a highway from the Adriatic Sea across the spine of the Apennine mountains as far as the Tiber; to cut a canal through the Isthmus of Corinth; … death cut him off as he was doing or planning such things.
Suetonius, Life of Caesar 44.

Caesar’s heir Augustus put many of these plans into practice after another round of civil wars consolidated his position as Rome’s first emperor (he only took the title Augustus, ‘the august one’, in 27 BC, but we’ll generally refer to him by that name for convenience).
Augustus inherited a city partly ruined by civil war and neglect, but also had vast resources of manpower and money. His building projects transformed the city:

… since the city was not adorned in proportion to the dignity of the empire, and was ruined by floods and fires …[Augustus] so beautified it that he could justly boast that he had left in marble that which he had found in brick.
Suetonius, Life of Augustus 28.

The record Augustus made of his own achievements towards the end of his life, the Res Gestae, gives a long list of his building projects, a sign of the importance he attached to them in establishing his reputation (note that the text was sent out across the empire, and must have been read by provincials who had never set eyes on the city: the surviving copies of this inscription come from modern Turkey, hundreds of miles from Rome):

I built the senate house and the chalcidicum next to it, the temple of Apollo on the Palatine with its porticoes, the temple of the deified Julius Caesar, the Lupercal, the portico at the Circus Flaminius which I allowed to be called the ‘Octavia’ after the man who had constructed an earlier one on the same site, the imperial box at the Circus Maximus, the temples on the Capitol of Jupiter Feretrius and Jupiter the Thunderer, the temple of Quirinus, the temples of Minerva, of Juno the Queen, and of Jupiter Libertas on the Aventine, the temple of the Lares at the highest point of the Sacred Way, the temple of the Di Penates on the Velia, the temple of Iuventus, and the temple of Magna Mater on the Palatine. I rebuilt the Capitol and the Theatre of Pompey, both works of great expense, without any inscription of my own name. I rebuilt the channels of the aqueducts, which had in several places subsided through age, and I doubled the aqueduct called the Marcia by adding a new source to its channel. I completed the Forum Iulium and the basilica between the temple of Saturn and the temple of Castor and Pollux, works begun and almost completed by my father. When the same basilica was destroyed by fire I began its reconstruction on an enlarged site under the name of my sons and, if I should not live to complete it, I ordered that it should be completed by my heirs. As consul for the sixth time, in accordance with a decree of the senate, I rebuilt eighty-two temples in the city, with none omitted which at that time needed to be rebuilt. As consul for the seventh time, I made the Via Flaminia from the city to Rimini, and all the bridges except the Mulvian and Minucian. On private ground I built the temple of Mars Ultor and the Forum Augustum, from the spoils of war. I built the theatre near the temple of Apollo under the name of my nephew Marcellus, on ground bought for the most part from private owners.
Res Gestae Divi Augusti, 19-21.

This impressive list includes many of the types of building that you’ll see on this course: infrastructural works such as roads and aqueducts; religious buildings; buildings for politics and state functions like basilicas and forums; and buildings for entertainment like theatres and the Circus Maximus. In his efforts to build in the city, honouring its gods and keeping its people fed, watered, and entertained – and then ensuring through this inscription that he got as much credit as possible – Augustus (as we shall see) set a pattern that was widely followed by later emperors.

Figure 1 has been updated with the correct spelling of Carthaginians.