Roman Religion and the Worshipped Gods

Read about religious practices in ancient Rome, in particular find out more about the gods which were worshipped. 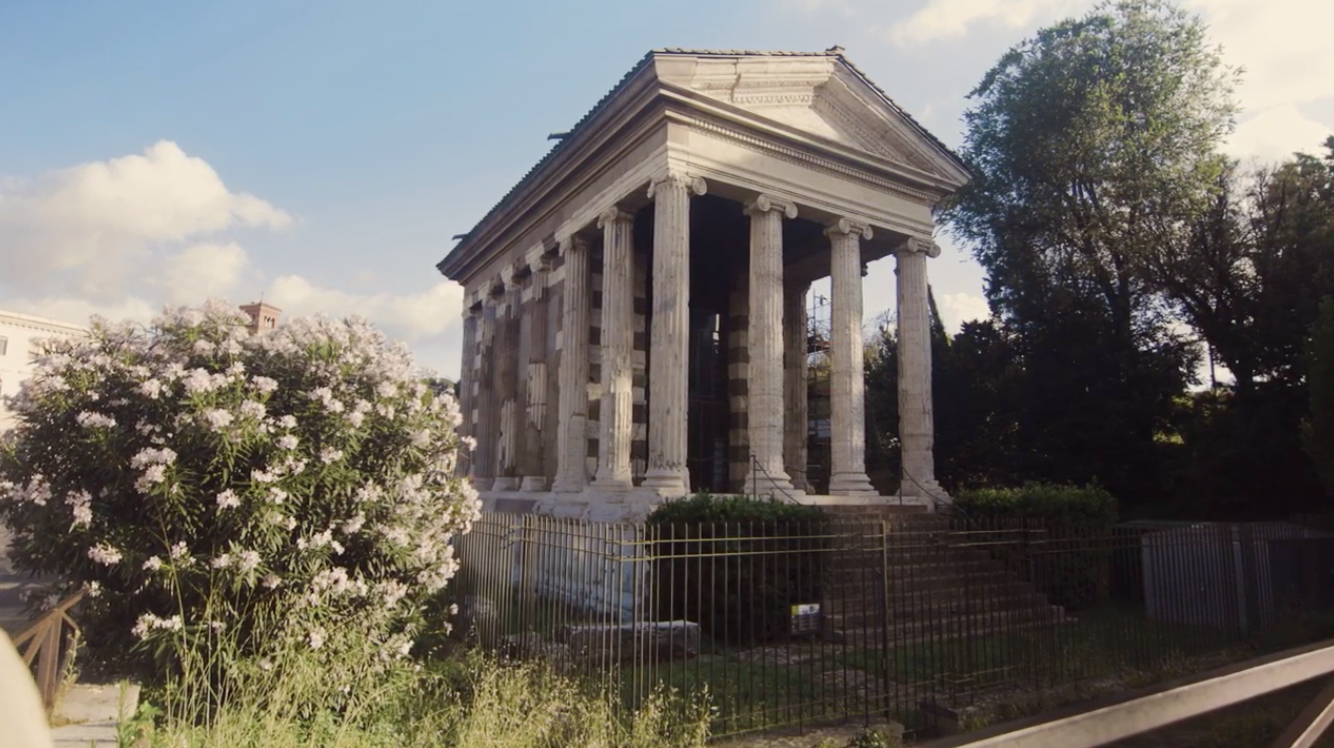 The religion of Rome was profoundly polytheistic, with all manner of gods, lesser deities and guardian spirits influencing almost every aspect of life. So many deities were known that, writing in the first century AD, Pliny claims:

… the [city’s] population of divine beings could be thought of as larger than that of humans.
Pliny, Natural History 2.16.

Although maybe a slight exaggeration (we’ve seen a figure of around one million for Rome’s human population), we do know of over two hundred gods and other divine beings ranging from Jupiter and Mars to the relatively obscure, such as Robigus and Sterculius, gods of mould and manure.
The most important group of deities were the Deii Consentes, the twelve gods and goddesses of the Roman pantheon: Jupiter and Juno, Neptune and Minerva, Mars and Venus, Apollo and Diana, Vulcan and Vesta, Mercury and Ceres. These same deities, or at least their equivalents, were also worshipped by the Greeks: Jupiter was the equivalent of Zeus, Minerva corresponded with Athena, and Venus was the Roman version of Aphrodite. Rome’s absorption of these Greek gods, a process known as interpretatio romana, may have occurred through cultural contact with the Greeks or in association with other tribal groups. For example, the Etruscans worshipped Menvra (Minerva), and the Sabines worshipped Saturn, whom they equated with the Greek titan Cronus, the god of time.

View Course
The Capitoline Triad of Jupiter, Juno and Minerva were fundamental to the religious identity of the city. The king of the gods, Jupiter, was the patron deity of the Roman state and the supreme ruler over laws and social order; the goddess Juno (Jupiter’s sister and wife) was the patroness of marriage and childbirth; and Minerva, the daughter of Jupiter, was the virgin goddess of warriors, poetry, medicine, wisdom, commerce and crafts. In addition to the enormous temple on the Capitoline (which we’ll see in the next Step), each of these deities had their own temples at numerous other locations in the city. Minerva was worshipped within the Forum Transitorium, and Jupiter and Juno had a pair of temples within the Portico of Octavia.

Other deities within this pantheon had particular importance for Rome. Mars, the son of Jupiter and Juno, was another patron god; not only was he associated with war, he was the father of Rome’s mythological founders Romulus and Remus. Similarly, Venus, the goddess of love and prosperity, was of great significance given that her son, the Trojan hero Aeneas, was also associated with the early foundation of the city. We subsequently find temples to Venus in Rome’s forums and even in the Theatre of Pompey (you will explore this structure later in the course), and she was also placed with Roma (the divine manifestation of the spirit of the city) within the enormous Greek-style temple built by Hadrian between the Forum and the Colosseum. There are many other temples documented within the city that clearly demonstrate the importance of the “main” deities of Rome, with the famous Pantheon (Step 3.9) providing the ultimate example of a purpose-built structure to venerate all the gods.
From the time of Augustus onward, some emperors joined the gods through deification after their death. Well-known examples included Julius Caesar, Augustus, Claudius, Vespasian and his son Titus, Trajan and Hadrian, all of whom received their own temples. While alive, the emperors were often viewed as semi-divine, and then actively worshipped following their death as part of the imperial cult, not only in Rome but throughout the provinces.
Other divine beings (of which there were many) can also be recognised within the city. For example, we have already seen the forum shrine dedicated to Venus Cloacina, a fusion of Venus with Cloacina, an Etruscan goddess of wells and springs. Somewhere nearby was the shrine of Janus Geminus: Janus (who gave his name to the month January) was a god of beginnings and endings, and also doors, and the doors of this shrine were symbolically closed during times of peace: although it is now lost, we saw this monument on a coin issued under Nero in the 60s AD.
Rome was also home to a rich variety of exotic cults, predominantly imported from east Mediterranean provinces including Greece, Turkey, Syria and Egypt. For example, Syrian cults and a Palmyrene sanctuary are documented across the Tiber in Trastevere, the Janiculum and the Vatican, and also within the commercial district next to the Aventine; the Graeco-Egyptian cult of the fertility goddess Isis and her consort Serapis was known on the Campus Martius, with further cults to these figures occurring on the Aventine, Capitoline and the Quirinal. By far the most dominant of all the imported cults was that of Mithras, originating from Mesopotamia, attested at over forty locations including the Baths of Caracalla, the Circus Maximus and the barracks of the Praetorian guard (Castra Praetoria).
Rome also demonstrated an exotic, multi-cultural approach to religion by blending key deities with equivalent figures from the Egyptian world and the Near East. For example, carvings in the Forum of Augustus show the ram-horned hybrid combination of Jupiter with Ammun, the king of the Egyptian gods, associated with both Zeus and Alexander the Great.
In some cases there were specific reasons for the appearance of new deities. One example is the Greek healing god Asclepius (Roman Aesculapius) who, following an outbreak of a major plague in 291BC, received a sanctuary on the Tiber island in the anticipation that he would help save the city. Other gods were introduced during times of war and political crisis: Cybele, the state goddess of Phrygia (Asia Minor), was welcomed to the city in a bid to win divine favour during the second Punic war in the later third century BC; subsequently referred to as Magna Mater (the Great Mother), she received a temple on the prestigious Palatine Hill, reflecting the importance of her cult.
Rome’s religious diversity is therefore very striking. Not only does it hint at the cosmopolitan nature of the city, but also the geographic extent of the Empire. Generally, Rome was open to an extraordinary range of religions, but those that suffered from persecution were those seen as subversive or politically and socially challenging. It was partly for this reason that Christianity was at first persecuted and brutally repressed, for its fundamental beliefs were at odds with the polytheistic pagan religion of Rome and the recognition of the living Emperor as a semi-divine figure.

Figure 2: The Arch of Constantine, located between the Colosseum and the Palatine Hill. © University of Reading

Nevertheless, Constantine’s edict of toleration in AD 313, and his eventual embrace of Christianity, ultimately revolutionised the religious identity of the city and signified the end of pagan Rome which, apart from a few short-lived revivals in the fourth century AD, was subject to a programme of new Christian buildings in the form of churches and basilicas. Constantine’s arch, which we saw here, may hint at this. Despite this profound change that had steadily developed within the city and was then officially recognised, the polytheistic legacy of Rome was so deeply ingrained that in the later fourth and early fifth century AD, the Christian theologian Augustine, echoing the observations of Pliny, wrote:

How can I possibly record in just one section of one book the names of all the gods and goddesses?
Augustine, The City of God 4.8