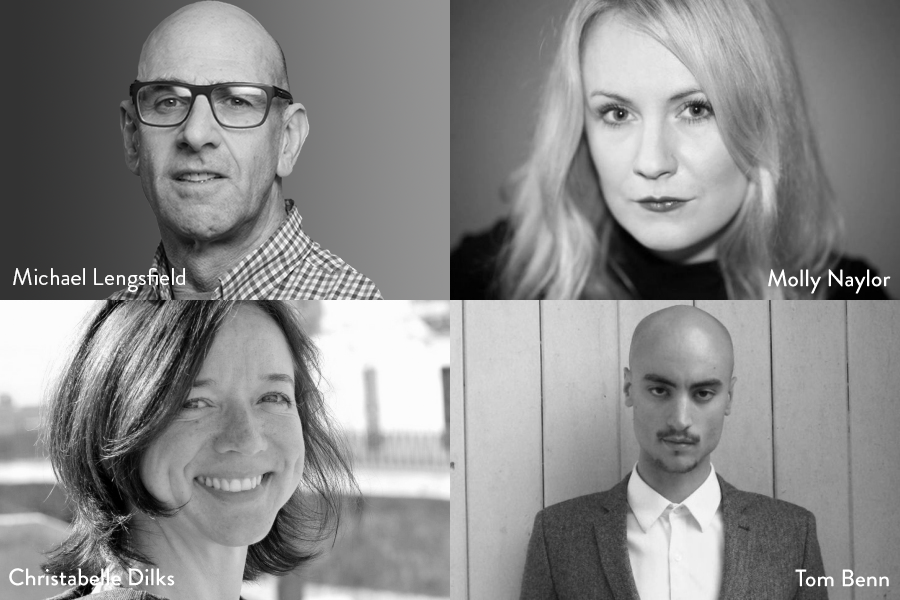 This step gives you the opportunity to find out a little more about the team that will be guiding you through this course. It might be a good idea to ‘follow’ them so you can easily catch up on their latest activity and join in with their discussions.

Screenwriter Michael Lengsfield teaches scriptwriting at the University of East Anglia, where he specialises in the theory and practice of dramatic adaptation. Michael wrote scripts for The Walt Disney Company, Harpo Entertainment and others. In addition, Michael worked for the story department of several production companies, including Icon Entertainment, Imagine Entertainment, Showtime Networks, and Graham King’s Initial Entertainment. Michael earned an MFA in writing and directing from Columbia University, and he studied the Sanford Meisner acting technique with noted teacher William Esper. Early in his career, Michael was a professional modern dancer, working in the companies of Anna Sokolow, Mark Taylor, and Mel Wong, among others.

As a Lecturer at UEA, Michael has taught many of the Creative Writing students who’ve gone on to have successful professional careers. In 2015 alone, at least five of Michael’s former students have won or been nominated for major prizes. Several others had new work performed or published, including Molly Naylor’s Sky Comedy series, After Hours. For more information on the program, take a look at the UEA Creative Writing website.

Michael is a founding board member of write2screen, which was established in Norwich UNESCO City of Literature in 2012. Its objectives are to encourage writing for the screen and to help new writers establish themselves in the film and television industry. Originally funded by Creative England, write2screen now works as an independent agency. Michael joined with Christabelle Dilks to serve as mentors on write2screen’s successful “Screenplay Hothouse”, an escalator-type scheme. write2screen is planning to expand to online courses and an online Screenplay Hothouse.

Michael tweets on adaptation and scriptwriting issues at @Film_Adaptation

Christabelle is a writer and script consultant with a long track record in film and television drama. As an actor at the National Theatre and performing Shakespeare in the West End with Mark Rylance, she started analysing scripts from right inside the story, working with directors such as Sam Mendes, Richard Eyre and Mathew Warchus. She trained as a film director at the Northern Film School, and then worked as a Drama Commissioner at Channel 4, developing a broad slate from event pieces such as Longitude and Shackleton, and original series Shockers and Queer as Folk, to serials Sword of Honour and Anna Karenina. At the BBC, she storylined and edited prime time BBC 1 series The Inspector Lynley Mysteries, Rome, and Surviving Disaster as well as single dramas Casualty 1908, Krakatoa and The Sinking of the Lusitania. She has always remained involved with film, and developed original movie scripts with independent film companies such as Tigerlily and Inflammable. She has written historical dramas for BBC2, and two original screenplays, commissioned by Screen East.

Tom Benn is a writer and tutor. His first novel, The Doll Princess (Jonathan Cape), was shortlisted for the 2012 Dylan Thomas Prize and the Portico Prize for Literature, and was The Daily Mirror Book of the Week. His second novel, Chamber Music (Cape), was published in 2013, and Trouble Man (Cape), was published in Vintage paperback in 2015. He regularly performs at festivals and events, including the Edinburgh International Book Festival, and the Manchester Literature Festival. In 2015 he was selected by Creative England to develop a feature treatment and write a short film for the iWrite: Regional Partnership. Tom’s project, Real Gods Require Blood, was one of only three iWrite scripts selected for production. He has also adapted The Doll Princess into a spec pilot.

Tom is a graduate of the University of East Anglia’s Creative Writing MA, and was the recipient of the 2009 Malcolm Bradbury bursary.

Molly Naylor is a writer and performer. She is the co-writer and creator of After Hours (broadcast on Sky 1 in November 2015), a six-part comedy series directed by Craig Cash. She has been commissioned by theatres and organisations including BBC Radio 4, Sky TV, The Royal Shakespeare Company, The Bush Theatre, Oxford Playhouse and Battersea Arts Centre. Her first solo show, Whenever I Get Blown Up I Think Of You debuted at the Edinburgh Festival Fringe in 2010 to critical acclaim. Her adaptation of the show for BBC Radio 4 was described by the Guardian as ‘a brave, funny, tough and beautiful piece of writing’. Her second live show My Robot Heart sold out at the Edinburgh Fringe in 2012. She has performed at festivals and events including Latitude, Glastonbury and The Edinburgh Book Festival. Her essays and poems have been published in Rialto, Grazia and The Independent. She is represented by Abby Singer at Casarotto.

Molly is a graduate of the University of East Anglia’s Creative Writing MA, and was a recipient of the Skillset Bursary in Scriptwriting.