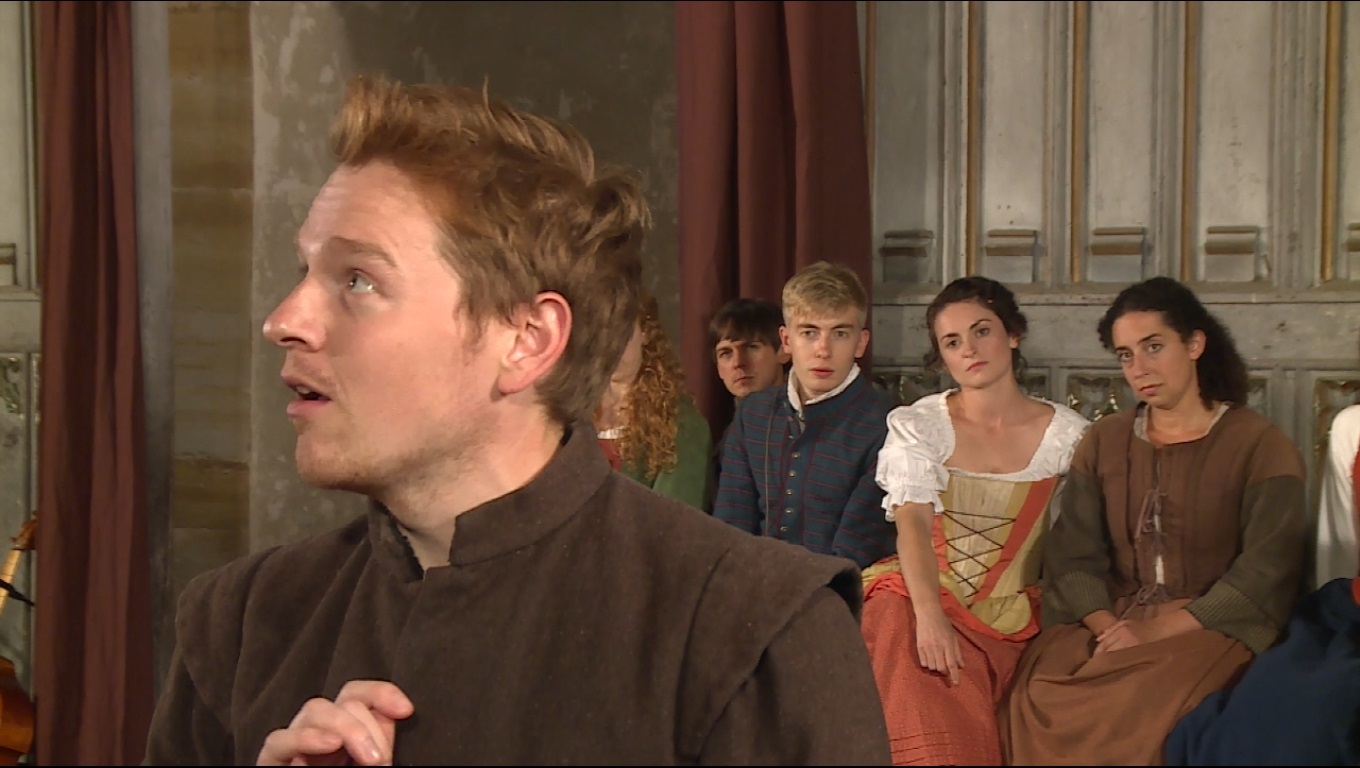 You have already looked at Venus and Cupid and at one of the songs in from Lady Mary Wroth’s play “Love’s Victory”. This article gives you a sense of the wider plot and the steps which follow allow you to join Lady Mary Wroth in resolving it.

As we have seen, at the beginning of the play Venus feels scorned by the shepherds and shepherdesses and wants to restore her power. She charges her son Cupid to shoot his arrows at them so that they suffer the pains of love.

The Forester declares his undying love to Silvesta and vows that he will remain devoted to her even though she has renounced love and become a follower of Diana, the goddess of chastity. Silvesta rejected love because her own love for the shepherd Philisses is not returned.

Philisses is struck by love for the shepherdess Musella but he is reluctant to show his feelings because he believes that she is in love with his best friend Lissius. He cannot even engage in the competition of love songs sung to Musella by the shepherds in Act 1 Scene 3. The most ridiculous of these is by Rustic the clown who compares Musella’s beauty to that of his farm animals.

Lissius scorns love altogether, challenging Cupid to do his worst. When he is struck by Cupid’s arrow he falls in love with Simeana, the sister of Philisses. He explains to Philisses that he does not love Musella; rather, he thinks she loves Philisses. This removes Philisses’ jealousy and doubts.

In Act 3 Scene 1 (from which we looked at some lyrics this week), Musella tells her friend Silvesta that she loves Philisses, but she is reluctant to show this – partly because he has not shown her any sign of his love and because she feels constrained by prevailing ideas that women should be modesty and silent. Silvesta agrees that indeed, it is bad for ‘a woman to make love’ to a man. However, Silvesta recommends that Musella hides in a grove of trees to witness Philisses show his true feelings and when she does this, in Act 4 of the play, the romantic protagonists are united in love.

However, more trouble is on the way. Venus complains that all the lovers have won romantic happiness too quickly so Cupid promises to lay plots to make them suffer more. In Act 3 Scene 3 Simeana discovers that she has a rival in love for Lissius – the shepherdess Climeana. Cupid uses the villain Arcas to stir a quarrel between Simeana and Lissius by reporting that Lissius was meeting secretly with Climeana. Musella finally resolves this but more serious problems occur for her and Philisses. Arcas tells Musella’s mother that she has been flirting with Philisses and Musella’s mother insists that she gets married quickly to Rustic. It is revealed that a match between the two of them had been arranged earlier by Musella’s father, and although he is now dead, Musella’s mother is bound to carry out his will.

This is where Act 5 Scene 1 of the play opens, as we will explore in the next step.