See how the Trivalley Dojo has used showcases, which they call ‘lightning talks’ to recognise and share Ninjas' achievements. 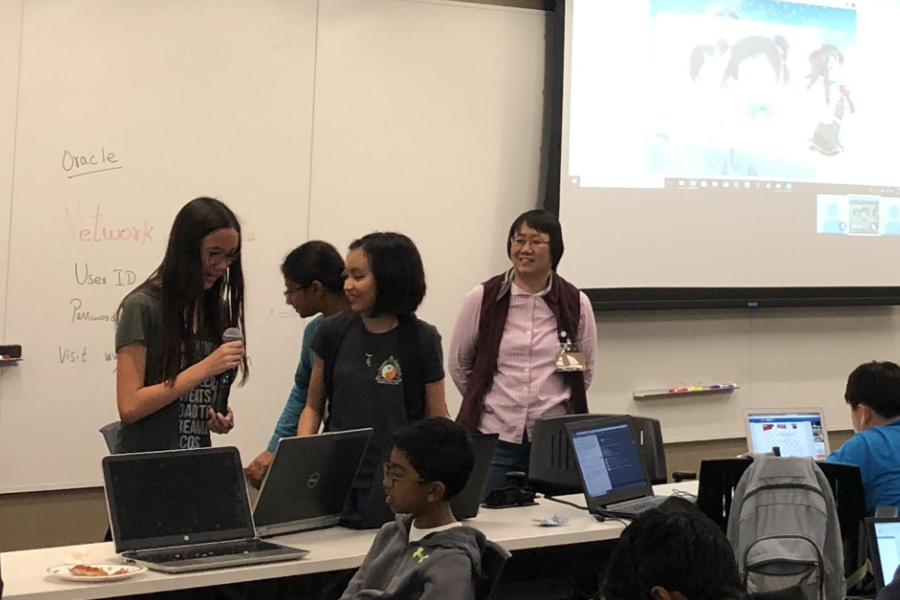 Valerie started the Trivalley Dojo over five years ago with her then twelve year old son. Since then the Dojo has grown from strength to strength, running weekly in four different locations around the Bay Area.

“We are a club not a class”
Valerie, Dojo champion, Trivalley Dojo, USA

On a normal Wednesday, you will see anywhere from 60–100 ninjas working away together on projects covering a range of different topics: Scratch, websites, mobile apps and even defensive hacking. The topics covered at the Dojo are directed by the young people’s interests and the resources available. ‘Self-guided and self directed’ is the Dojo’s approach. This means that if a Ninja misses a number of weeks or months, every time they come back they are right where they need to be.

Valerie and the team of volunteers, primarily parents of the Ninjas, are not motivated by creating the next generation of computer scientists. What they believe is important is teaching young people to have confidence with technology. They believe that their Dojo is the perfect environment to teach young people much needed soft skills.

A core part of creating these opportunities is the lightning talk section (showcase) that is part of every single Dojo session. Ninjas sign up for a slot on a web app (built by high school attendees, no less). Other young people act as MC during the lightning talk session, creating additional opportunities for practising public speaking and working in teams. To avoid the normal technical troubles often encountered when a number of different people plug in their laptops, Ninjas join a Google Hangout and share their screens with the main computer connected to the projector.

Particularly memorable was a young boy named Elliot: He was initially too nervous to speak in front of his peers but wanted to show the game that he had worked so hard on building. Too nervous to even have his name announced in front of the group, one of the MCs would quietly ask him questions and present on his behalf to the crowd. After a number of months his confidence began to build. Last month, after participating in a hackathon organised by the Dojo, the other members of his team had to leave early, leaving Elliot alone to demonstrate their project. He didn’t flinch and proudly presented the project in front of the large audience using the microphone.

Showcases, or lightning talks, are something that all at the Trivalley Dojo would strongly encourage all Dojos to adopt as the benefits are enormous!