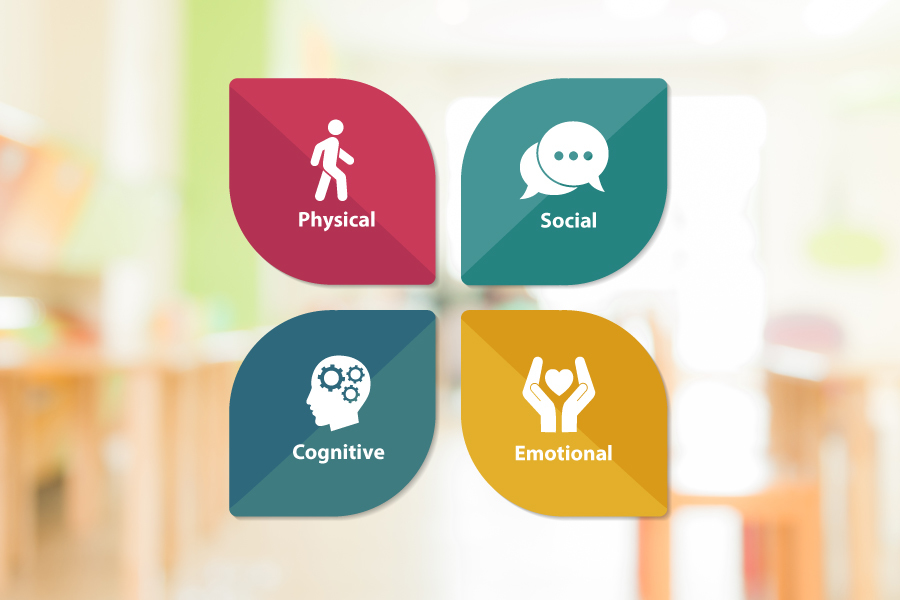 In early adolescence, the body undergoes more developmental change than at any other time, apart from birth to two years old. The rate of growth is rapid and uneven, with a different pace and rate of change for each individual. Physical changes include increases in height, weight, and internal organ size as well as changes in skeletal and muscular systems.Puberty occurs in early adolescence, triggered by the release of hormones which lead to the development of primary sex characteristics (genitalia) and secondary sex characteristics (eg breast development in girls; facial hair in boys). The increased hormone production affects skeletal growth, hair production, and skin changes.Physical changes are visible to all and highlight the range and pace of change. This sometimes leads to adolescents feeling more or less mature than others. Physical development growth spurts occur about two years earlier in girls than boys.

View Course
Cognition is the process involving thought, rationale and perception. The physical changes of the brain that occur during adolescence follow typical patterns of cognitive development. They are characterised by the development of higher-level cognitive functioning that aligns with the changes in brain structure and function, particularly in the prefrontal cortex region.The structural and functional brain changes affect the opportunity for increased memory and processing. They may also contribute to vulnerability, such as risk taking and increased sensitivity to mental illness.In recent years data from developmental neuroimaging has enabled greater understanding of the changes that occur in the human brain during adolescence. This data points towards a second window of opportunity in brain development. Adolescence is a sensitive brain period, that is a time when brain plasticity is heightened. During this time, there is an opportunity for learning and cognitive growth as the brain adapts in structure and function in response to experiences.In the next step we will pull together the key developmental aspects of adolescence with a discussion about your own experiences.

Read Caskey and Anfara’s article, Developmental Characteristics of Young Adolescents.1Share your answers in the comments.

Hi there! We hope you're enjoying our article: Physical, social, emotional and cognitive development
This article is part of our course: Supporting Adolescent Learners: Social and Emotional Wellbeing